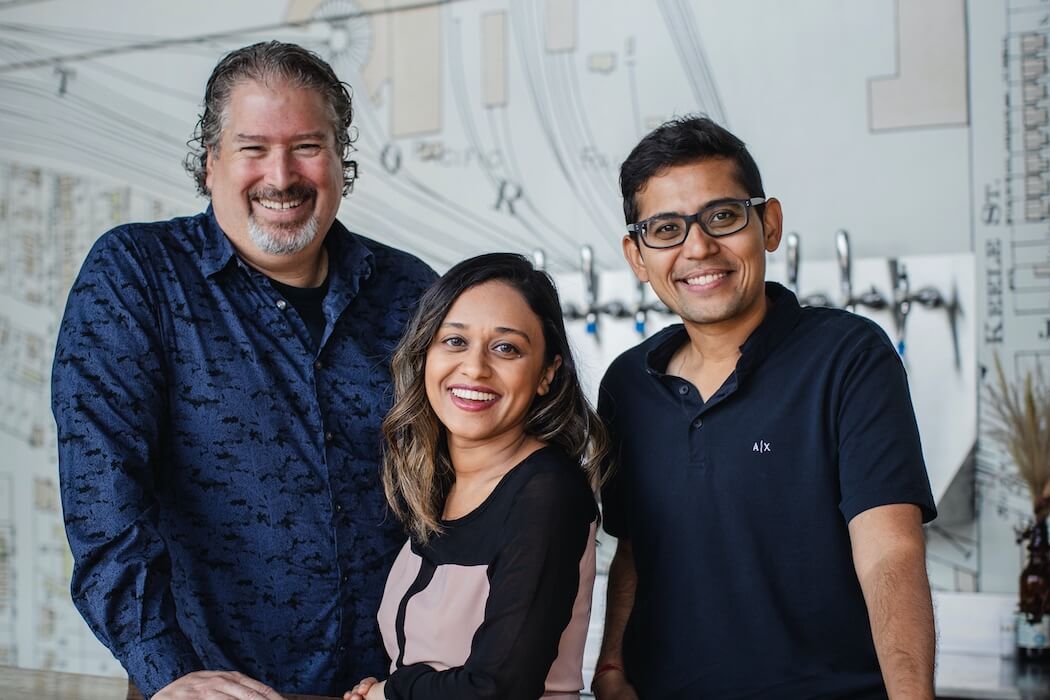 The takeover took place in the form of a majority recapitalization that saw PSG buy out a number of Wagepoint investors, including one of its three co-founders, Bill Murphy. Wagepoint’s two other co-founders, Shrad Rao (CEO) and Ryan Dineen (chief architect), retained their shares and will continue to actively lead the company.

The transaction also included a strategic growth investment of $10 million in primary capital to fuel Wagepoint’s growth. The total capital provided by PSG for the overall deal has not been disclosed, however, Rao told BetaKit the majority of the money invested went towards the recapitalization.

“We think there’s a clear line of sight to becoming the number one small business payroll software company in Canada.”

Prior to the PSG deal, Wagepoint had raised more than $4 million, with half of that coming from TIMIA Capital, which has now exited. Wagepoint also raised $2 million in seed capital in 2014 from the likes of the Atlantic Canada Opportunities Agency, BDC, and Extreme Venture Partners, the latter of which was also part of the recent buyout.

Rao called the deal with PSG an advisory one, as the CEO and his management team will continue to run day-to-day operations. He noted that the decision to do a majority recapitalization was unanimously made by the board and majority shareholders, with the existing shareholders looking to “make way for more sophisticated investors to help take the company to the next level.”

“It’s still a management team-led company with [PSG’s] backing,” Rao said. “Basically they’re fuel and the wind in our sails, so to speak – fuel in our rocketship.”

As part of the deal, PSG is set to take over the majority of Wagepoint’s board of directors seats, with Rao also maintaining a position. The CEO told BetaKit that the exact number of seats has yet to be decided, but, for the time being, the board is limited to himself and PSG, with the option to bring on an independent in the future.

Wagepoint was founded in 2012 and officially launched in 2013. It provides payroll software designed specifically for small businesses. The startup automates payroll, including functions like basic calculations, payroll tax reporting and payments.

The startup lists more than 12,000 small businesses in Canada and the United States as customers. This amounts to Wagepoint facilitating payroll for between 70,000 to 80,000 employees and processing approximately $300 million each month.

Wagepoint sights are set on aggressively growing that customer base.

“It takes a lot of hard work to build a high-growth company in Canada, especially right now.”

“We think there’s a clear line of sight to becoming the number one small business payroll software company in Canada. That’s generally considered to be around 40-45,000 customers,” said Rao, noting that a significant portion of the $10 million will go towards figuring out how to reach that goal.

Rick Essex, managing director of PSG, called Wagepoint’s product “extremely compelling.” He pointed to strong growth in its customer base and revenue. Essex also noted that PSG was attracted to Wagepoint’s high customer satisfaction scores (a Net Promoter Score or NPS), which Rao claimed to be in the 70th percentile, something Essex said his firm has not seen in other payroll providers.

The decision to bring on PSG as an investor stemmed from Rao looking to add what he called additional “brainpower.”

“The company had come to a place where I was running it pretty much mostly alone for multiple years,” he told BetaKit. “And I was looking for some sophisticated investors to come to the table.”

Calling PSG Wagepoint’s “number one draft pick” out of a number of potential investors, Rao noted that the global asset management firm brings years of experience and a strong network that Wagepoint will be able to tap into.

“We believe Wagepoint is well-positioned to be the clear leader in online payroll services for SMBs in Canada, which will continue to generate attractive growth for many years to come,” Essex said.

Wagepoint’s focus on small business is something that Rao sees as one of the company’s biggest strengths. Amid COVID-19, that focus led to some concern, however.

Around April, Wagepoint initially lost customers, as many small businesses faced closures and major shifts in strategy. Rao told BetaKit that within a two week period during that time Wagepoint processed 70 times the normal volume of record of employment forms, which are required for filing for Employment Insurance (EI), then it would normally process.

Wagepoint plans to use its $10 million in primary capital to build out an acquisition strategy.

The dip in customers quickly rebounded though, with the startup recording its two best months to date in terms of customer acquisition in June and July.

“It sounded like it was going to be very desperate or dire, but actually it turned out to be more of a small dip,” said Rao. “As a business, we have almost fully recovered from COVID.”

“I’m very optimistic [and] hopeful,” he said, noting that Wagepoint is looking to take advantage of this period by investing now so that the company is ready to support a broader customer base when commerce returns to “normal.”

“I’m kind of hoping that we’re going to see pretty quick growth in the next four to six months as we start to spend some of these monies opportunistically,” Rao added.

Wagepoint plans to use its $10 million in primary capital to build out an acquisition strategy. It also plans to invest in its product and customer service.

The startup, which currently works with companies like Deloitte, among others, is also looking to increase its accounting and bookkeeping partners. It is currently in the process of hiring a director of partnerships.

Wagepoint, which even prior to COVID-19 was a fully-remote company, currently employs a team of about 70 people. With the strategic investment funding, Wagepoint hopes to bring on an additional 20 to 30 employees over the next number of months and is hiring across all its departments.

“It takes a lot of hard work to build a high-growth company in Canada, especially right now,” said Rao. “We’ve gotten here by being laser-focused on giving entrepreneurs, accountants, and bookkeepers the tools and flexibility they need to succeed. This investment is a big step forward for the Wagepoint family, which includes our small business customers and partners — and it’s only the beginning.”