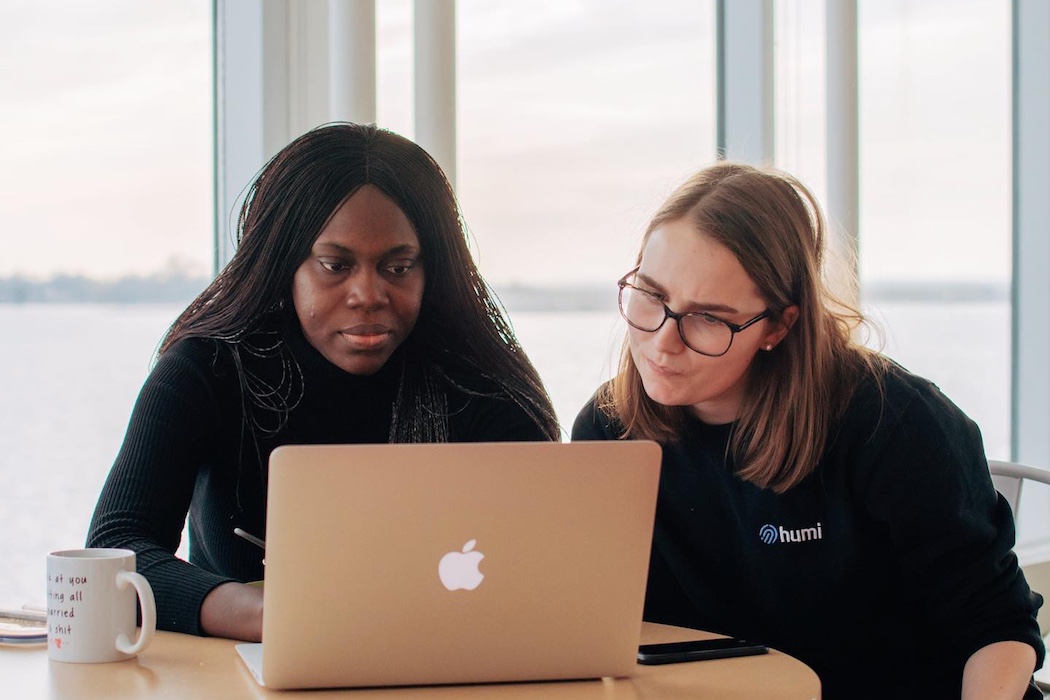 “We are using the majority of the capital… to further develop the key components of what we believe make up a really innovative solution in this space.”

The round consisted of $12 million in equity and $3 million in debt. Tribe Capital led the round, while previous investors Struck Capital, Y Combinator, and several undisclosed angel investors also participated.

Humi officially closed the Series A funding this month; the round had been in the works before the onset of COVID-19. The new funding will be used by Humi to further develop its software and roll out new tools focused on onboarding, including tracking tasks.

“If you look at the Canadian landscape, most businesses that participate in this space have either plateaued in terms of their technology investment or have shifted their focus away from building Canada-specific HR, payroll, and benefits solutions,” Humi co-CEO Simon Bourgeois told BetaKit. “We are using the majority of the capital that’s been raised to further develop the key components of what we believe make up a really innovative solution in this space.”

Founded in 2016, Humi started as a cloud-based web app that stored employee data. It has since expanded to support employers in managing HR, benefits, and payroll. Its platform allows businesses to digitally onboard new hires, securely store employee documents, and manage payroll online.

Bourgeois told BetaKit that rather than serving companies globally, Humi has decided to be “hyper-focused” on the Canadian market. The CEO claimed that it can be difficult for HR software companies to provide the same quality of service across multiple jurisdictions because of the “level of complexity” involved. He compared Humi’s approach to that of Gusto, a payroll software company that only serves businesses in the United States.

“Our vision has been to build something that’s very Canada-specific and very powerful for Canadian businesses as a result,” Bourgeois said. “When you look at regulated industries like insurance, or industries that touch money movement, like payroll, or industries that are heavily legislated, like HR, being country-specific can have a great advantage.”

When the 75 percent wage subsidy was first introduced by the Government of Canada as a COVID-19 relief measure, Humi added tools to its platform aimed to help companies manage the subsidy. The startup also launched a webinar series designed to bring in experts that were within our network to help small businesses navigate the issues that were most pressing during the pandemic.

But Humi was not without its own financial concerns at the onset of the COVID-19 pandemic.

Humi claims to have seen an 80 percent increase in demand for its platform.

“March was actually a tough month for the company, and we weren’t sure if that was going to extend into April, May, [and] June,” Bourgeois told BetaKit. “Luckily, as soon as the initial wave of concern passed, we had a large influx of new demand.”

The pandemic did not have a negative effect on Humi’s fundraising. In fact, the startup said the round was oversubscribed, with Humi increasing the size of the raise to meet demand. Bourgeois noted, however, that “most” of the round was raised before the pandemic hit.

The CEO added that ultimately, COVID-19 has ushered a shift in traditional businesses adopting a remote-friendly work experience. Because of this, he noted, Humi has seen an 80 percent increase in demand from companies looking to hire, onboard, pay, and track from within its cloud platform.

“Now that a lot of businesses have been forced to work remote or were forced to undergo drastic changes very quickly, the benefits of having a system that can help automate or increase visibility around some of the actions that are involved with onboarding off-boarding employees, managing performance from afar and so forth, have become must-haves,” Bourgeois said.

After seeing an increase in demand, Humi is looking to hire back the furloughed office coordinator, and has onboarded five new employees, bringing its headcount to approximately 60 people.

“If COVID-19 has taught us anything, it’s that a company’s people are their most valuable asset, and we are thrilled to invest in Humi whose product allows employees to be supported regardless of location,” said Ted Maidenberg, co-founder and partner at Tribe Capital.

“The Humi team has built a strong foundation with loyal customers and when we performed our data-driven analysis we saw clear signals of strong product-market fit and were also impressed with the product vision the team has,” Maidenberg told BetaKit.

Torontonians Aubrey Jesseau, Rishabh Varshney and Francis Lata- who call themselves Basmati Labs Inc.- have created a new app that acts as a location-based marketplace for trading things,…