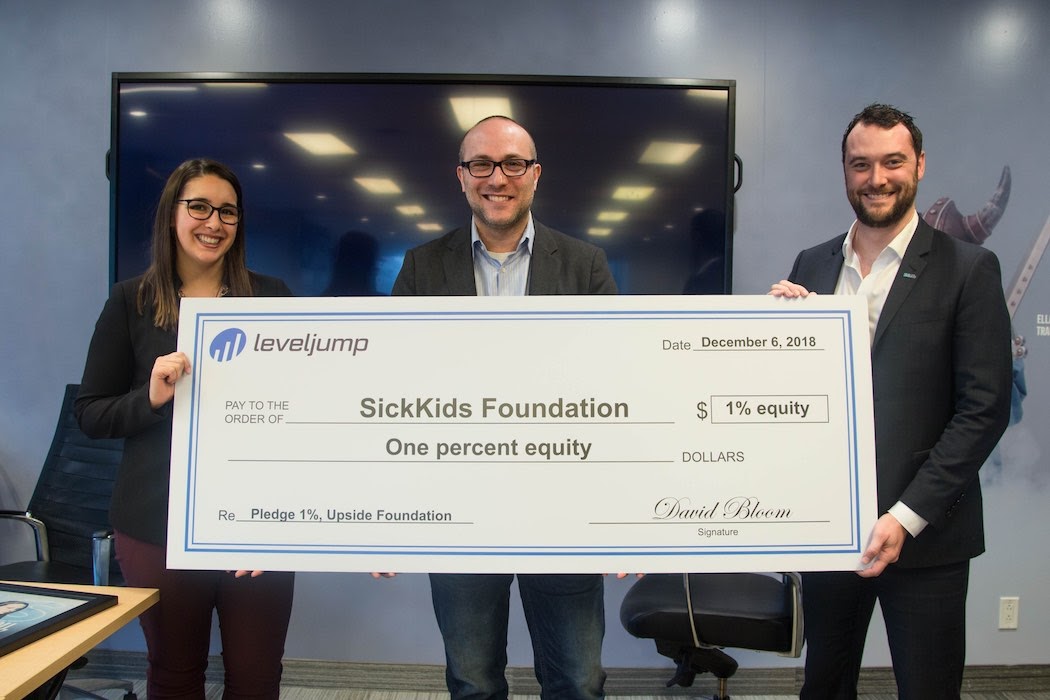 Eight years after its founding, The Upside Foundation has reported significant milestones reached over the last year, including 300 members and more than $1 million donated to philanthropic efforts.

The milestones follow a tumultuous year for Canadian tech. Yet, despite the headwinds of the COVID-19 pandemic, Upside saw two liquidity events from its members in 2020, bringing its total number to date to 10. The organization donated more than $1 million to charities last year, having raised more than $1.3 million to date.

“The need in the world right now is greater than it’s ever been in our lifetime, so I think it’s a really important time to give back.”

Upside’s members include founders and leaders of Canadian startups and high-growth companies (BetaKit has been a proud Upside member since 2017, ed.). The organization works with these companies to pledge stock options and warrants to Canadian charities. When its members experience liquidity events, such as acquisitions, mergers, or initial public offerings, part of the proceeds are shared with charities.

Jennifer Couldrey, the Upside Foundation’s executive director, called 2020 a “crazy year” for the organization. Couldrey noted a sharp drop in activity when the pandemic first hit and companies shifted from growth mode to survival mode.

“Not a lot of companies are going to be thinking about their success in five or 10 years. It’s survival for now,” said Couldrey. “So we really focused more on helping them get through 2020.”

During this time, Upside hosted a number of weekly events aimed to help companies survive during the pandemic. The organization also helped to launch The Home Front, a volunteer organization dedicated to supporting frontline healthcare workers on the frontlines of the fight against COVID-19. Through The Home Front’s campaigns, $34,165 has been raised from 119 individual donors to support four organizations.

“As things started to get better throughout the year, people were thinking a lot more about their impact and wanting to make sure that their company is lifting others up as they go,” said Couldrey. “So I think there is a real drive to want to do something to give back.”

The first liquidity event of 2020 (Upside’s eighth) took place when SalesRight, co-founded by Taylor Bond, was acquired by FastSpring in November. The proceeds from that exit were donated to Eva’s Initiatives for Homeless Youth.

The second liquidity event of the year was Toronto-based Grantbook, the result of an employee stock ownership plan (ESOP), which shifted components of the company’s ownership. Grantbook’s co-founder, Peter Deitz, and his partner, Samantha Green, directed the proceeds to Food Share, Building Roots, Centre for Social Innovation, and Canadian Physicians for the Environment.

“These liquidity events took many different formats,” Couldrey told BetaKit. “But it was really great, [especially] during a year when the world had more of a need than ever.”

Upside is off to a strong start in 2021. In January, Wattpad, which is an Upside member, announced it would be acquired by South Korean internet company Naver Corp. for an estimated $754 million CAD.

Couldrey said Wattpad’s exit represents the “largest public transaction” for an Upside member to date. Upside is currently in talks with Wattpad CEO Allen Lau about where Wattpad wants to direct the proceeds from that round (former Wattpader, Two Small Fish founding partner, and Lau’s wife, Eva Lau, joined Upside’s board in December). Wattpad’s acquisition is still subject to regulatory approval, and is not expected to fully close until the second quarter of the year.

“The need in the world right now is greater than it’s ever been in our lifetime, so I think it’s a really important time to give back,” Couldrey said. “We’re excited to work with Allen on that.”

Couldrey on stage at #BetaKit150 in 2017, which saw 14 companies stand up and pledge support during the event.

Another key area of growth for Upside in 2020 was in social justice programming. During the year, the organization hosted several anti-racism workshops as the Black Lives Matter movement gained global momentum following the killing of George Floyd in the United States.

“All of a sudden, there was a huge appetite to talk more about social impact topics,” Couldrey noted.

The workshops were focused on evolving startups’ diversity, equity, and inclusion strategies and ensuring they can make a social impact in addition to their future Upside donation. The organization is currently working on its own comprehensive anti-oppression strategy, and has recently appointed Pelra Azondekon, director of corporate venture Capital at Quebecor and noted diversity and inclusion ambassador, to its board.

Other key recent initiatives include the Barry Gekiere Memorial Fund. Gekiere, former managing director of MaRS IAF, passed away in March of last year. The fund supports The Leukemia & Lymphoma Society of Canada.

When asked what 2021 would bring for the organization, Couldrey noted an increased focus on social impact programming to educate and train member companies on social good activities beyond pledging equity.

“These things are critical to company culture and success these days, so we’re excited for the opportunity to work with hundreds of trendsetting Canadian companies to help them step up their game,” she said.