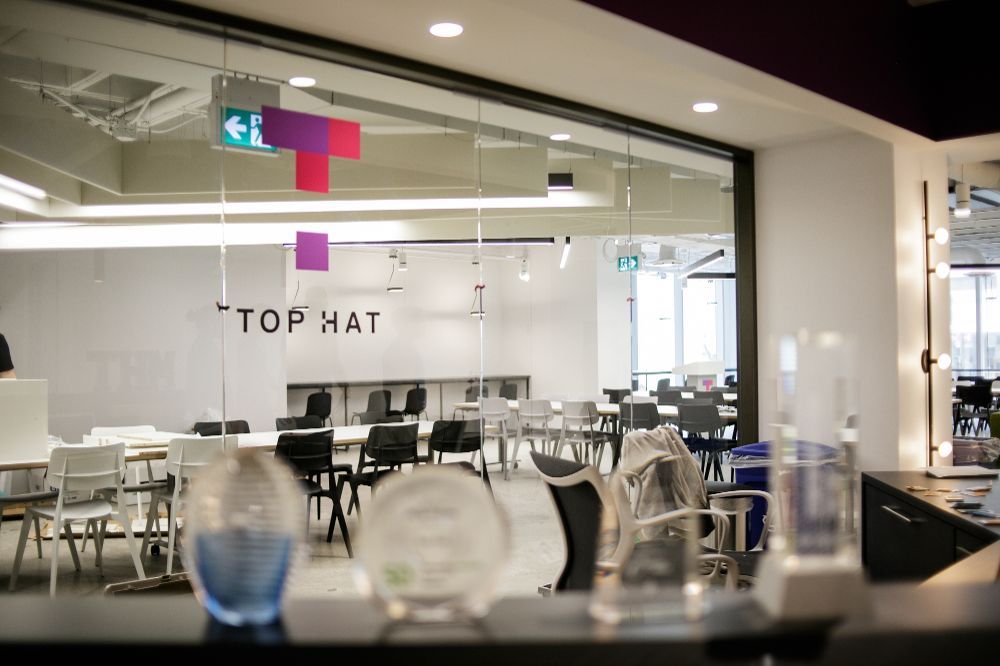 Top Hat is set to acquire the Canadian domestic higher education textbook businesses of Nelson Education, one of the country’s largest education publishers.

Through the acquisition, Top Hat is set to purchase more than 400 higher education textbook titles published by Nelson, which are reportedly used by 80 percent of Canadian institutions. The deal marks the publishing company, which was founded in 1914, moving out of the post-secondary market to focus solely on K-12.

As an active learning platform for higher education, Top Hat plans to convert the currently print-only textbook titles into digital courseware on the Top Hat platform, and integrate them into the startup’s interactive offerings. The move signals a shift within the industry to online education.

According to Top Hat, the acquisition will transform the Canadian higher education publishing landscape, moving the company closer to its goal of being a leading player in the industry. The goal of disrupting the traditional print textbook market is a strategy Top Hat pursued following its $72 million CAD Series D funding round, which was announced in February. At the time, Mike Silagadze, CEO and founder of Top Hat, told BetaKit he sees “ultimate success” as having Top Hat in every classroom in the world.

The Toronto-based startup planned to use part of its Series D funding to increase its partnerships with publishers and had recently entered into two such partnerships, inking deals to become the exclusive partner for postsecondary publishers Fountainhead Press and Bluedoor Publishing. Silagadze noted at the time that Top Hat had also been in talks with other publishers as well.

“[There is a] demise of the print publishing universe where their revenues are declining by double digits every year and they’re really struggling,” Silagadze told BetaKit in February. “Top Hat really is the solution to that, to help all publishers level the playing field and to have that interactive digital platform to deliver their courses.”

The news of the acquisition follows shortly after an internal restructuring by Top Hat to adapt to changes in the higher education sector brought about by the COVID-19 pandemic. The startup permanently laid off three percent (16 people) of its total headcount, shifting 28 employees from outbound sales roles in order to focus on digital content and enterprise institutional sales.

The changes came about due to Top Hat reporting difficulty in reaching its core customer base, professors, and, at the same time, witnessing tech adoption at the schools becoming more centralized at the administrative level.

Silagadze also expressed concern to BetaKit about changes COVID-19 may bring about for universities. A survey conducted by the startup found that seven percent of university students said they wouldn’t return to school in the Fall if the term would be online only, with Silagadze noting that because enrollment represents a big chunk of revenue for universities, this could lead to cost-cutting, which could, in turn, affect Top Hat.

Top Hat expressed that its acquisition of Nelson’s post-secondary business can help educators facing uncertainty around the upcoming school year. “Educators who adopt these titles on the Top Hat platform will have the flexibility to deliver their courses effectively and motivate their students in any teaching environment, whether online or in-person, synchronous or asynchronous,” the company stated.

More than three million students are enrolled in courses using Top Hat, according to the company, at 750 of the top 1,000 higher education institutions in North America.

Nelson plans to “finalize” what it is calling its “withdrawal” from the post-secondary education market in the coming weeks. It plans to do so through collaboration with its existing publishing partners, as it concludes a “second strategic agreement with another key player in the field.” The publishers noted that Top Hat’s acquisition will allow post-secondary institutions to benefit from “uninterrupted warehouse ordering and a dedicated office presence to ensure a smooth transition.”

On October 21-23rd, John Tory will be making a business trip to London, England with six startups to make a case for why Toronto…