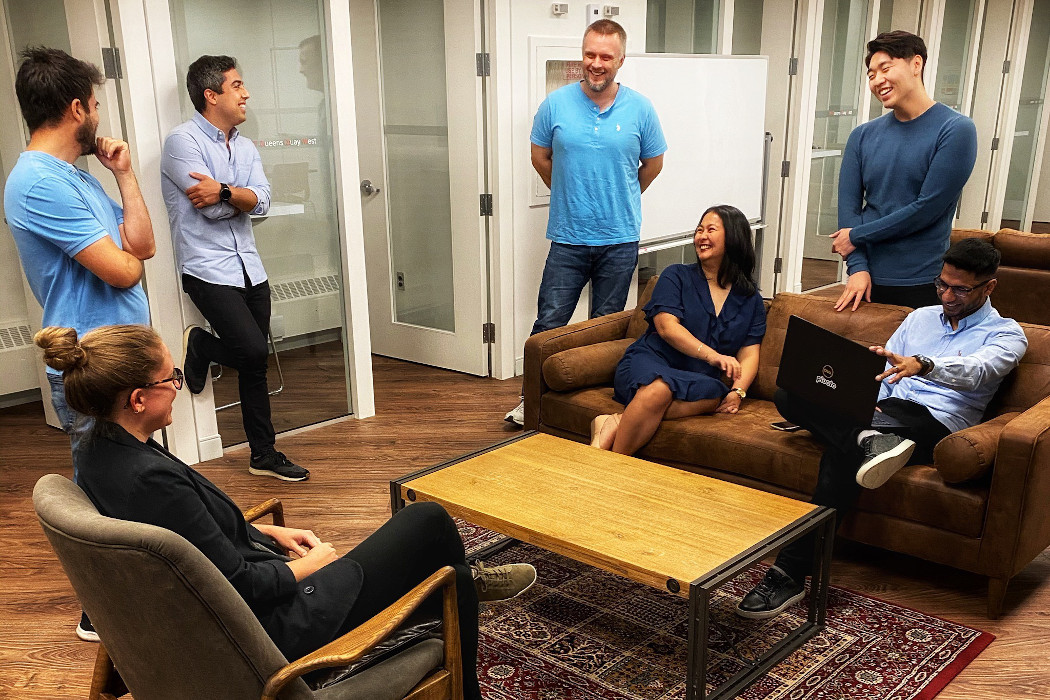 Six Canadian tech startups have recently secured fresh funding rounds to fuel their growth. Here’s the latest on who raised, how much, from whom, and what they plan to put the new capital toward.

“Over the past year, we have seen growing demand from financial institutions who want to enrich their machine learning models through external data sources including retail and credit card companies,” said Ché Wijesinghe, Cape Privacy’s CEO. “Gaining access to this proprietary data can provide financial services firms with a competitive edge.”

At the same time, said Wijesinghe, organizations need to ensure the privacy of their data. His startup’s platform aims to allow data scientists across multiple organizations to securely collaborate on model development.

Last year, the startup raised a $5 million seed round led by Boldstart and Version One, with participation from Haystack, Radical, and Faktory Ventures.

Toronto FinTech software startup Plooto has raised an $8 million CAD Series A round led by FINTOP Capital, which was formed by a group that includes the co-founders of Square and S1 Corp. The round also saw participation from Toronto’s Luge Capital and Montréal’s Inovia Capital.

Plooto plans to use the fresh funding to enhance its cash flow management capabilities for small to medium-sized businesses across North America. Founded in 2015, Plooto serves businesses with its automated “all-in-one” B2B payments and receivables platform.

“Payments are the most critical yet completely chaotic component of cash-flow management since a vast majority of businesses still rely on paper-based and antiqued methods of transacting with one another,” said Hamed Abbasi, Plooto’s co-founder and CEO. “Plooto is on a mission to change that and with this funding, we’ll be able to serve a much larger number of companies across North America.”

As part of the round, John Philpott, general partner at FINTOP, will join Plooto’s board of directors, while former Xoom and PayPal executive, and current general partner at Luge Capital, Karim Gillani, will serve as an advisor to the company.

Toronto’s Dark Slope Studios has launched Lumeto, a new immersive learning business, announcing it has raised $3 million in a funding round that it classifies as a “pre-Series A.” led by new investor Mars IAF. Telus Ventures and Golden Ventures also participated, along with original investors Radical Ventures and Globalive Capital.

Founded in 2018, Dark Slope describes itself as a virtual production studio “focused on creating new forms of entertainment,” from video games to virtual reality. According to Dark Slope, Lumeto is a mixed reality-focused learning platform for institutions.

Tailored to organizations training frontline workers in the healthcare and public safety sectors, Lumeto aims to enable institutions to deploy immersive training and assessment simulations, allowing their employees to easily re-skill or upskill remotely. Prior to its public launch, Lumeto had been incubating inside Dark Slope for a year and a half as it developed its technology and established its first industry partnerships.

ReelData plans to use the money to scale its automated fish feeding software across the land-based industry, develop its biomass estimation camera, and build a predictive health analytics platform. In order to get closer to its clients, the startup also plans to open a new office in Europe.

ReelData’s AI-based farm management platform provides customers with the data they need to help them produce a greater number of healthy fish on a more cost-effective basis. According to the startup, fish farming on land “represents what we believe to be one of the best routes to feeding society in a sustainable and delicious way.”

The startup said it currently serves “some of the world’s largest land-based fish firms,” including Atlantic Sapphire. ReelData claims that from a food production standpoint, fish are more efficient to produce than market alternatives like chicken or beef, and farming them on land avoids contamination and escapes and allows for decreased transportation costs and emissions. ReelData has previously received funding from Sustainable Development Technology Canada (SDTC), Innovacorp’s 2019 Sprint competition, and Volta.

Toronto-based legaltech startup Heirlume has closed a $1.7 million seed round for its AI-powered trademark search and registration platform. The round saw participation from MaRS IAF, Backbone Angels, Future Capital, and Angels of Many.

Heirlume aims to make the complex process of trademarking fast, accurate, and affordable. Last year, Julie MacDonell, Heirlume’s co-founder and CEO, secured $150,000 in financing from the Ottawa-based SheBoot program. According to MacDonnell, up to 85 percent of small businesses experience trademark infringement, and “more than half of them are forced to close or rebrand” as a result.

The round represents the first investment for both Future Capital and the recently launched Backbone Angels, which was founded by women leaders at Shopify to back female and non-binary founders.

Axya raises $1.5 million to expand across Ontario, US

Montréal-based industrial automation startup Axya (formerly known as GRAD4), has raised a $1.5 million seed round led by Ecofuel and Desjardins Capital, with participation from Real Ventures.

Founded in 2019, Axya focuses on expanding companies’ manufacturing potential, aiming to streamline local outsourcing and simplify the supply chain management process. The company plans to use the new funding to expand its reach to Ontario and the Northeastern United States, and develop new software features to reduce the barriers associated with adding new suppliers.

Photo of the Plooto team, courtesy of Plooto