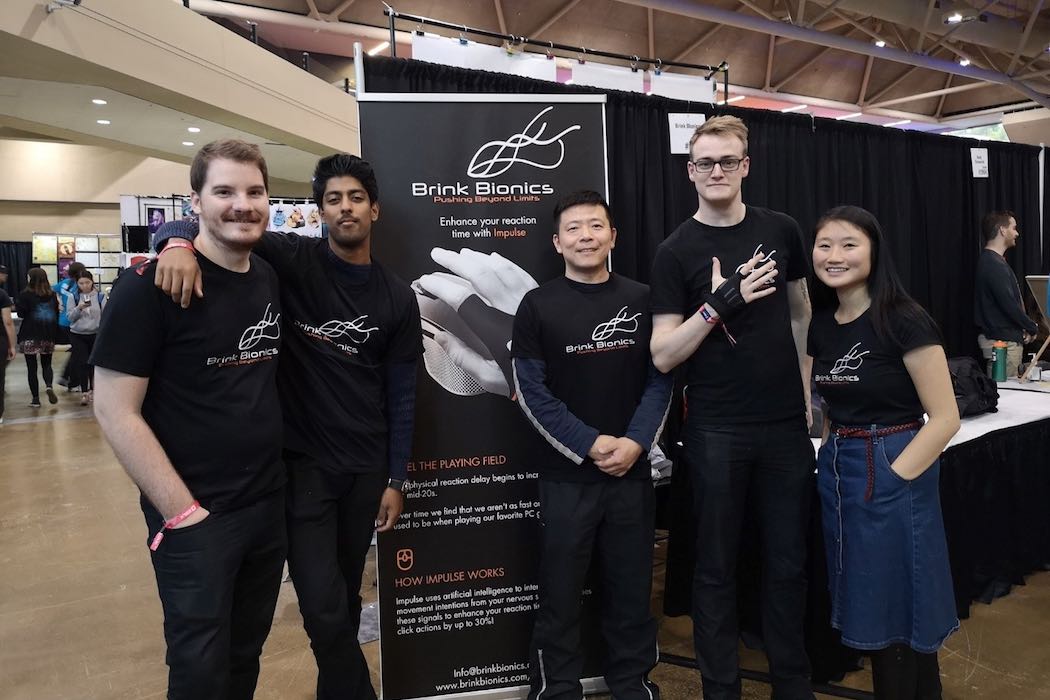 Five Canadian startups have announced fresh funding to fuel their growth. Here’s the latest on who raised how much, from whom, and what they’ll be putting the new funds toward.

Kitchener-Waterloo-based Brink Bionics, which develops bionic arms, machine learning, and brain-computer interfaces for the gaming industry, has raised $350,000 CAD in seed funding, bringing the startup’s total funding to date to $440,000.

“The investment reflects our confidence in Canadian deep tech technology and entrepreneurs.”

Of the round, $300,000 came from RiSC Capital, and $50,000 was invested from Hello Ventures. The funding will be used to commercialize Brink Bionics’ ‘Impulse’ product, a wearable glove that allows PC gamers to activate time-critical game commands directly to their nervous system.

Brink Bionics was founded by Erik Lloyd, Ning Jiang, and Jiayuan He, out of the Engineering Bionics Lab at the University of Waterloo. The startup is looking to build gaming hardware that accesses the human nervous system.

“Brink Bionics’ approach will impact many industries, and esports is a perfect vertical,” said RiSC Capital co-founders Colin Webster and Scott Pelton in a joint statement.

Impulse, Brink Bionics’ first product, is designed to work with any gaming mouse and talks to users’ computers in the same way that a gaming mouse talks to a PC. The startup claims in-game actions triggered by Impulse can be activated faster than clicking a mouse, allowing gamers to shoot faster or aim-down-sights more quickly for fast-paced action video games.

The financing came from a mix of new and existing investors. Connect&GO declined to disclose the lead investor, but disclosed that existing investors Gestal and Carey Group, the corporate holdings of angel investors Alphonse Bélanger and Pascal Reynaud, respectively, participated. The extension will be used to make international acquisitions and continue the development of Connect&Go’s latest platform.

“We are living in an unprecedented time for our industry. I am very proud that we managed to make the difficult decisions early on, and that we received an important vote of confidence from our investors with this latest $4 million financing agreement,” said Dominic Gagnon, president of Connect&GO.

Connect&GO’s vision is to create improved guest experiences in the leisure, sports and entertainment industries, with wearable technology powered by smart software. The startup’s technology features modules for ticketing and access, point of sale, cashless payments, gamification, and activities.

“As live events went into a halt, we doubled down our investment in product development and have since converted three major attractions in Canada where our new system is being deployed,” the company told BetaKit.

The startup noted it has raised $10 million in the last year, including the recent $4 million Series A extension. To date, Connect&GO claims to have raised a total of $12 million.

Halifax-based Nexus Robotics has received $550,000 CAD in funding from the federal government. The funding will be used to commercialize the startup’s weed-picking robot.

“This funding will accelerate growth of the company and allow farmers to see the benefits of this technology.”

Nexus Robotics has developed an autonomous weeding robot capable of weeding farmers’ fields 24 hours a day, seven days a week. Since the robot can accurately weed all day without harming crops, it eliminates the need to use harmful pesticides or migrant labour to get rid of unwanted plants. The startup was founded in 2017.

The investment was provided through the Atlantic Canada Opportunities Agency’s Regional Economic Growth through Innovation program, which helps businesses adopt innovative technologies that support scale-up, productivity, and competitiveness. Funds from the investment will be used to make additional hires and undertake field trials of Nexus Robotics’ technology.

“This funding will accelerate the growth of the company and allow farmers to see the benefits of this technology sooner,” said Teric Greenan, COO of Nexus Robotics.