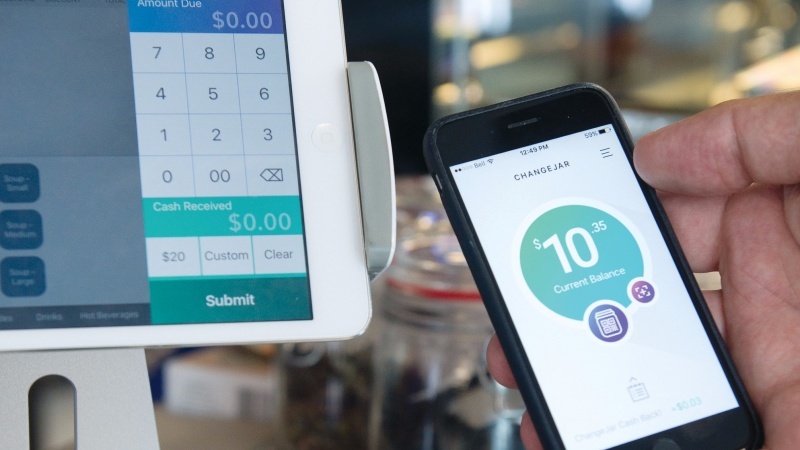 Several Canadian FinTechs have made announcements on the growth of their companies, launching new features and partnerships. Here’s the latest on these company updates.

Toronto-based ChangeJar, which builds mobile commerce platforms for retailers, announced that its mobile services will now be available to food and beverage retailers.

ChangeJar’s services include Order Ahead, which allows customers to skip the line with pre-ordering and payment from a mobile menu for take-out or dine-in services; Team Perks, which allows coffee shops and restaurants to partner with local businesses for employee discounts on coffee and food; and Scan & Go, which enables self-checkouts for low-cost, high-frequency items like soft drinks. The company’s goal is to help food and beverage retailers avoid having to incur the prohibitive commissions and transaction fees of other take-out and delivery apps like UberEats, Ritual, and Skip the Dishes.

ChangeJar’s services are based on mobile cash, not credit or debit cards, allowing the company to eliminate high processing fees. Consumers can fill up their ChangeJar through Interac e-transfers or by exchanging physical cash at Canada Post. Tom Camps, CEO and founder of ChangeJar, said that services like Order Ahead are no longer just “nice-to-haves” for the service industry, calling them “essential” to being competitive.

“In our opinion, Canada’s retailers want and deserve better than the ten, twenty, or even thirty percent sales commissions charged by most food take-out and delivery apps,” said Camps. “By basing ChangeJar on mobile cash rather than costly credit cards and Visa Debit, we’re able to offer mobile services up to twenty times less than our competitors. For the first time, Canada’s independent food service retailers can afford to compete on a daily basis with Starbucks, Tim Hortons, and other global retail giants.”

Toronto-based Goldmoney, a gold-based payments and savings platform that allows users to acquire, store, and spend gold that is stored in a secure vault, has announced a partnership with Malbex Resources, which focuses on investments in cryptocurrency and blockchain sector assets.

The partnership with Malbex Resources (which will soon be renamed as COIN) will allow Goldmoney to facilitate all purchases and sales of cryptocurrencies. Goldmoney’s subsidiary BlockVault will act as a third-party qualified custodian for Malbex Resources’ crypto-asset holdings.

“Having worked with the Malbex team for over six months to achieve the proper operational structure and listing approvals, we are confident in COIN’s potential and this partnership,” said Josh Crumb, Goldmoney CSO and founder of BlockVault. “COIN is one of the world’s first crypto-asset merchant investment businesses to achieve a listing on a major exchange, and the only one that I’m aware of that will have fully-transparent, third-party insurance and auditing on their crypto-asset portfolio. Our relationship with COIN is an exciting first example of the types of markets we can open up with BlockVault’s institutional cold-storage technology, allowing institutional investors exposure to this new asset class while ensuring the private keys for their underlying assets are securely stored in safe custody and insured.”

Finn AI, which works with financial institutions to launch AI assistants, has launched on the Temenos MarketPlace.

Finn AI has been working with Temenos for almost a year. In 2017, the company participated in Temenos’ Innovation Jam competition, which focuses on uncovering exciting FinTech companies.

“Finn AI, which won Innovation Jam Miami last year, is one such company, allowing bank customers to conduct banking using simple conversation over their preferred channels,” said Ben Robinson, CSO at Temenos. “The solution has continued to evolve since then and is it now available on MarketPlace.”

“We evolve the way bank customers interact with their banks, providing them with a conversational personal banking assistant that uses artificial intelligence and natural language processing to create an experience that is relevant and modern,” said Jake Tyler, CEO of Finn AI. “Finn AI allows bank customers to manage and learn from their money via their channel of choice – such as Facebook Messenger, native iOS and Android apps, web chat and others. Since we only work with banks, we have built a clear domain expertise that allows us to integrate faster with better results. We look forward to bringing this solution to Temenos clients all over the world.”

Earlier this month, Finn AI announced that it is collaborating with Visa Canada to leverage its Visa Developer platform to enhance its conversational banking chatbots. Finn AI closed a $3 million bridge round led by Yaletown Partners in October 2017.

Skrumble Network said it raised the funding for its communication-centric blockchain network that will provide developers the infrastructure to build messaging apps. The company wants to help developers build messaging apps that feature secure connections, real-time voice and video calling, wallet integrations for in-context money transfers, and the ability to edit, save, and unsend messages.

Skrumble Network said its broader goal is to address data privacy concerns and allow users to take back ownership of their personal data. The company uses a consensus-based algorithm derived from unique session IDs, which enable private peer-to-peer connections.

“Social media has completely changed the face of communication, and now, data privacy and ownership is one of the biggest concerns of this time. 2.2 billion users around the world have trusted Facebook with their information; 87 million of those users received a wake-up call…when they got notifications that their personal data was compromised, sold, and used to manipulate them,” said Eric Lifson, co-founder of Skrumble Network. “Skrumble Network aims to build back the trust that has been lost since these recent events. Finally, people can connect globally and speak freely on the most secure network possible.”

Is Big Data A ‘Big Hype’ Or a Really Big Deal?

According to Gartner’s 2013 hype cycle for emerging technologies, big data resides almost at the summit of “the peak of inflated expectations”. This means…