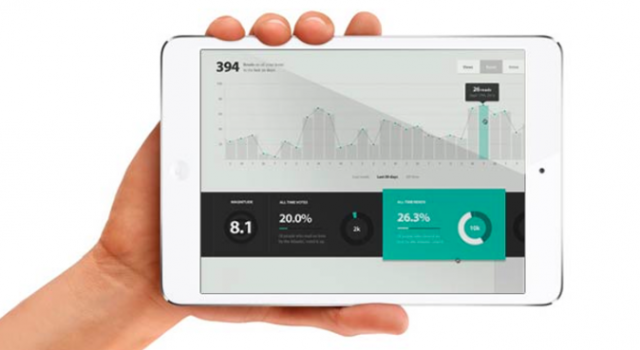 Every day, BetaKit tracks innovation funding news from across Canada. Here’s the latest on who raised how much, and from whom.

Appili says it will use the funding for clinical trials of its antibiotic to treat anaerobic infections, as well as advancing research of anti-infectives.

“There is a robust market opportunity for antibiotics that really brings value and the successful closing of this financing round reflects that,” said Appili CFO Kimberly Stephens.

Finn.ai, an AI-powered assistant used for banking and personal finance, has closed a $3 million CAD bridge round, led by Yaletown Partners, Seattle-based Flying Fish Partners, and John Livingston, former CEO and Chairman of Absolute Software (ABT).

“Finn.ai is built from the ground up specifically to help banks and credit unions transform the way they engage with customers – making banking simpler, more accessible, more human, and ultimately helping to build trust and engagement between banks and their customers,” said Jake Tyler, co-founder and CEO of Finn.ai.

The company said it will use this funding to grow its team of data scientists, engineers, and banking industry experts, and to expand its reach into U.S. and global markets. Finn.ai also announced that Carrie Russell has joined the company as Strategic Executive Adviser. Previously a CMO at Finastra and SVP Retail Banking Products at TD Bank, Russell will be tasked with helping to develop and implement Finn.ai’s product roadmap and market strategy.

“The banking industry faces a real challenge in this new digital paradigm and needs to move beyond transactional banking to build deeper, more personal relationships with customers,” said Russell. “I believe Finn.ai is the right partner to do this, acting as a proactive virtual assistant to help customers understand, plan and take action to improve their financial lives.”

Goldmoney sold 6,976,744 common shares at a price of $4.30 per share, with a designated 5 percent cash commission for its underwriters. There is a four-month hold period on the offer that will expire on February 26, 2018.

“Over the past month since our first BlockVault announcement, Goldmoney has made good progress in building the BlockVault infrastructure in Toronto and Zug, Switzerland, and engaging prospective institutional clients and partners globally,” said Josh Crumb, Goldmoney CFO. “Our innovative approach to custody, security, and compliance through the unique ColdBlocks™ product offering has been very well received by both traditional financial institutions and the crypto asset community alike.”

The proceeds of the deal will be used to fund software development and invest in BlockVault personnel. Announced with the funding earlier this month, BlockVault is a subsidiary dedicated to providing institutional-grade custodial and investment services for blockchain assets. BlockVault will power Goldmoney’s planned ColdBlocks cryptocurrency. The company says ColdBlocks, which it will release at the end of the year, are insurable and auditable as vaulted-custodial assets at any London Bullion Market Association-eligible vault location around the world that currently secures precious metals.

Toronto-based retail analytics platform Askuity has closed a $3 million bridge round. The inside round, led by unnamed investors, brings Askuity’s total funding to $6.8 million CAD. Past investors include dunnhumby Ventures and MaRS IAF.

Askuity’s platform helps product companies grab point-of-sale data from retailers to optimize sales and marketing on the show floor. The company says it will use the new funding to expand platform functionality, including AI and machine learning to deliver data-driven insights.

“We’re focused on delivering a full suite of insight-driven applications that power our customers’ sales, marketing and supply chain teams with the actionable retail intelligence uncovered in the growing amounts of retail data available to them.” said Askuity co-founder and CEO, Eric Green.

Askuity is currently working with notable consumer product brands like Bosch and Philips.

The Open Data Exchange has announced its second cohort of investment via ODX Ventures. The program invested $438,000 into ten different Ontario-based companies with data-focused projects to promote the commercialization of open data.

“We’ve seen huge growth in the number of Canadian companies using open data in their projects,” said Kevin Tuer, Managing Director, ODX. More and more entrepreneurs are capitalizing on using open data to create better products and services. Because of this, it is imperative we support them with resources they might not otherwise have access to.”

ODX is a public-private-academic partnership based in Waterloo Region. Founding partners include the University of Waterloo, D2L, the Canadian Digital Media Network, OpenText and Communitech, with funds matched by the federal government.