In 2012 Startup Canada, a non-profit mandated to enhance support and connectivity for the entrepreneurship community, birthed a national, grassroots movement to do just that. Then just a small group of volunteers, Startup Canada crowd-sourced that mandate by asking 20,000 Canadians for their reflections on entrepreneurship in Canada and their calls-to-action to better it.

A few key themes stuck with us. We were told Canada lacked a culture where entrepreneurship is supported, admired, and celebrated; and where valuable experience is derived from failure. It lacked a champion to voice the conditions necessary for entrepreneurial success and it lacked a collaborative and inclusive network where entrepreneurs of all ages, stages, and industries felt at home.

From community to culture to policy, much has changed in the entrepreneurship landscape since this consultation. Grassroots initiatives like Startup Canada, with its flagship programs including Startup Canada Communities, have stepped in to fill the gaps, empowered entrepreneurs to become nation builders, and created discomfort in an ecosystem amongst established players, forcing them to reassess their value proposition to entrepreneurs and raise their game.

The rise of startup cities and towns across the country is telling of a growing entrepreneurship movement wherein funding, mentorship, training, and community-building initiatives are spurred from the bottom-up. Startup Smithers, for example, partnered with the BC Forest Council in 2014 to develop a venture capital fund for rural entrepreneurs. In the same year, entrepreneurs in St. John’s established the city’s first-ever co-working space, Common Ground Coworking. Just last month Startup Winnipeg received $1 million through the Western Diversification Program to expand a best-in-class entrepreneur hub, Innovation Alley. This is just a glimpse of the gains made in local communities in the Startup Canada network.

The economy presents an opportunity for Canada’s startup community to make this election an inflection point for the entrepreneurship movement.

In these cities and others, traditional industries are in flux, meaning local economies are too. The so-called new economy is today’s reality, and it’s forcing job searchers and community leaders alike to seek out-of-the box opportunities to create jobs, impart new skills, and retain talent. The poor price of oil, a weak manufacturing sector, low dollar, and prospect of a recession has made the economy a prominent federal election issue; and in turn, presents an opportunity for Canada’s startup community to make this election an inflection point for the entrepreneurship movement.

What has not changed in the past three years is the reality that a booming entrepreneurship sector means jobs for Canadians. In the decade leading up to 2012, small businesses created nearly 78 per cent of all private jobs – that’s 100,000 jobs per year, and in 2011 employed nearly 70 per cent of the private labour force according to Industry Canada. The government body also says small businesses contribute approximately 27 per cent of Canada’s GDP, and in 2011 these businesses were responsible for $68 billion of Canada’s total exports. Despite the foundational significance of entrepreneurs to Canada, entrepreneurship goes relatively unnoticed outside of the startup community. How many times do you hear “entrepreneurship” in political sound bites? We can and must change that.

The economic consequence of entrepreneurship is true not just for Canada, but worldwide. Entrepreneurship is the most important sector of the global economy, imperative to its sustainability. With every city vying to be the “next Silicon Valley” and every country competing to be the top destination for startups and investment, Canada, and the ecosystem that supports it, has to hustle. Nations like Singapore, where both the number of entrepreneurs and accelerators have nearly doubled as of late thanks in part to $1 billion in government support; like Israel, where a high-tech revolution and a risk-tolerant culture has made Tel Aviv a Valley runner-up; and Chile, where a state-backed accelerator program has funded over one thousand startups worldwide; are finding innovative ways to raise domestic talent and charm startups and investors from seas over.

That is not to say Canada has not also made impressive improvements to advance entrepreneurship at home. After a slow start, the Startup Visa Program has approved at least 16 applicants for permanent residency to start businesses that create jobs for Canadians, and as of May 2015 had another 60 in the pipe for processing. The Canadian Accelerator and Incubator Program launched in 2013 to invest $100 million in accelerators and incubators that support the growth of early-stage companies. Canadian companies now have access to more equity options thanks to new rules for crowdfunding adopted by six Canadian provinces. It allows startups with head offices in British Columbia, Saskatchewan, Manitoba, Quebec, New Brunswick and Nova Scotia to raise up to $500,000 annually from investors through crowdfunding websites.

In terms of global rankings, Canada hovers somewhere in the middle. In the 2015 Compass Global Startup Ecosystem Ranking, three Canadian cities were named among the top 20 in the world for entrepreneurship. However, the findings aren’t as positive for Canada as they were in 2012. Toronto and Vancouver slid nearly 10 spots from #8 to #17 and #9 to #18, respectively. The report made it clear: Canada’s top startup cities have developed and grown over three years, just not as fast as New York, Austin, Bangalore, Singapore, or Chicago.

This is Startup Canada’s vision. The more we can think globally and act locally for our entrepreneurs, the more high-growth firms we will breed that create jobs for Canadians.

Contributing to this are unique challenges. As a nation, Canada is risk-averse and geographically isolated. With a national mantra of peace, order and good governance – we are often slow out of the gate. It’s hard to build a national entrepreneurship culture when Vancouver relates more to Seattle than it does to Toronto. We aren’t the world HQ for large, multinational anchors companies, and innovation is often localized in tech instead of shared and applied to other industries like health, education and energy. These things can change, but it takes a concentrated effort, it takes time, and it takes collaboration.

Entrepreneurship is a marathon race and Canada needs to pick up the pace. We need more and better startups that have the competencies and opportunities to scale. Why more? Because the bigger the pipeline, the more high-growth successes we will see. Across the world, the percentage of high growth startups to all startups is about 3-5 per cent notwithstanding population or economy size. Logically then, if we grow the pipeline, we will produce more Hootsuites, Beyond The Racks, D2Ls and Radian6s.

Entrepreneurship and small business creation is the future of the global economy, and to be competitive as a nation, the fostering of entrepreneurship – at all stages – needs to be a national priority. We need to look beyond the United States for business growth because opportunities exist on all continents. Together, we need to celebrate startup wins and learn from failure, and position entrepreneurship as a viable career option for youth. We need to work together to connect the grassroots community with government and develop a dialogue that is comprehensible by both parties. We need to break walls between government, industry, entrepreneurs, and academia to remove barriers to business growth and innovation. Most of all, we need to intertwine entrepreneurial vision, courage and boldness with the Canadian identity.

This is Startup Canada’s vision. The more we can think globally and act locally for our entrepreneurs, the more high-growth firms we will breed that create jobs for Canadians.

We now have the opportunity to leverage the 2015 federal election as a defining moment for the entrepreneurship movement. It is a chance for entrepreneurs to ask questions in debates; vote for a candidate who will remove barriers to growth and innovation and who will list entrepreneurship as a top agenda item on their first day in the Commons.

This is our chance, Startup Canadians. Let’s do what we are best at – let’s seize this opportunity!

Photo: Chris Johnson, Leader of Startup Winnipeg being interviewed by Rick Spence at Startup Canada Day on the Hill in Ottawa sharing his perspectives on advancing Canadian entrepreneurship affront an audience of government leaders. 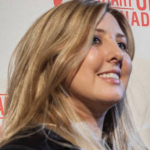 Victoria Lennox is the co-founder and CEO of Startup Canada, global social entrepreneur and is one of the nations’s leading proponents and catalysts of entrepreneurship.

In July, Ryerson’s Legal Innovation Zone, in partnership with the Ministry of the Attorney General announced that six legaltech startups would work out of…