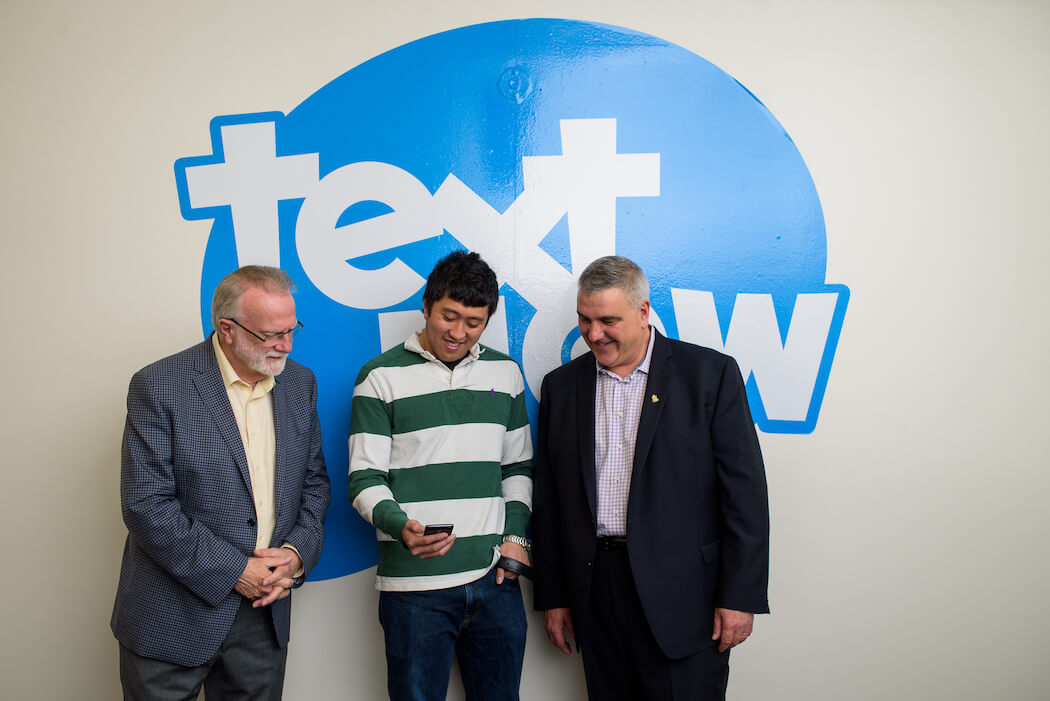 TextNow, the Waterloo-based free text and phone service startup, announced this week that it is now able to offer a free nationwide talk and text plan in the United States (US).

TextNow’s talk and text services run through its free app that looks to use Wi-Fi as much as possible while limiting the use of data. The startup operates in the US through a mobile virtual network operator (MVNO) partnership with Sprint that allows it to use the telecommunication company’s wireless network infrastructure.

“At TextNow, we believe that staying connected is a basic human need,”

Prior to Tuesday’s announcement, TextNow users were required to pay a monthly fee to add a cellular plan through Sprint’s network. Now, that service is free. The startuip called its new plan a “first-of-its-kind offering” to provide unlimited, ad-supported calling and texting in the US, compatible with iOS and Android devices.

“When we talk to our customers, the number one thing they ask for is free cellular service,” said Derek Ting, CEO of TextNow. “We provide our users with a real phone number to call or text anyone, anywhere in the US and Canada, at no cost, unlike other calling and messaging apps that only let you connect with people who have the same app.”

TextNow operates mainly in the US due to limiting Canadian regulations for MVNOs that makes it difficult for TextNow to fully operate within Canada. TextNow’s free app, which can be used when connected to Wi-Fi, is its only product in Canada.

Last year, Ting spoke to BetaKit about how TextNow would like to bring affordability to the Canadian wireless market but has been constricted by the Big Three carriers – Rogers, Bell, and Telus. “We can’t sell in the Canadian market because we essentially need [their] blessing,” the CEO told BetaKit at the time.

In March 2018, the Canadian Radio-television and Telecommunications Commission (CRTC) ruled against all Wi-Fi first MVNOs, like TextNow, re-affirming a previous decision that Wi-Fi does not count as a home network. This ruling essentially made it difficult for MVNO companies to operate in Canada, without support from the Big Three.

The CRTC has since updated its view that there should be more opportunities for MVNOs to operate in Canada. The CRTC is set to hold hearings next month on the cost of wireless and is looking to create mandatory access for MVNOs in order to increase competition and lower prices.

“At TextNow, we believe that staying connected is a basic human need,” said Ting. “We have already helped millions of people ditch their expensive phone plans, and with the launch of Free Nationwide Talk & Text we’re making sure that everyone [in the US] has access to cellular service they can afford.”