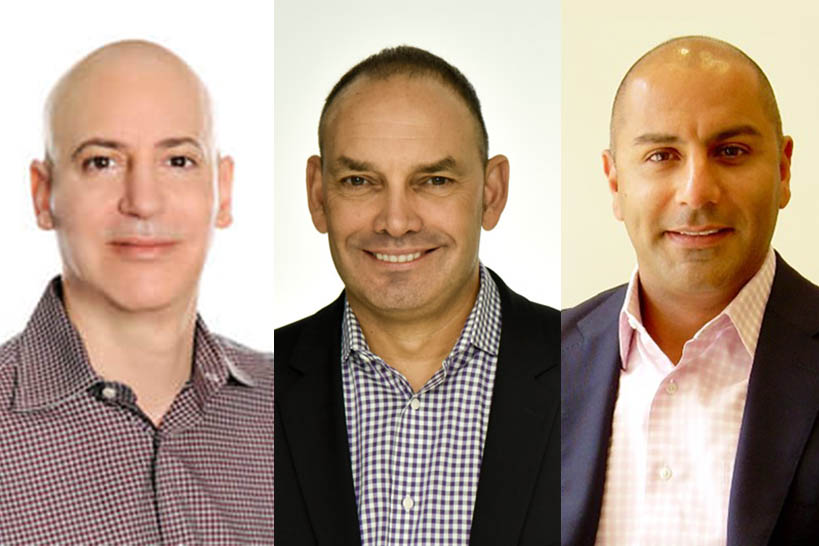 Three Canadian tech companies have brought on new team members to add to their leadership. Here’s a breakdown of who is joining, and what they bring to the table.

Waterloo-based TextNow, a free text and phone service startup, has hired Mike Grishaver, a former executive at Pandora and Etsy, as the company’s vice-president of product.

Grishaver, who will report to TextNow’s founder and CEO Derek Ting, will be responsible for leading product development and strategy to support TextNow’s app. Additionally, Grishaver will be in charge of developing the company’s internal product team, as well as designing the company’s long-term global strategy.

“TextNow’s team is smart, agile, and creative. I’m excited to join them in building a product that brings affordable connectivity to users around the world,” said Grishaver.

d1g1t hires two new executives to help with US expansion

Wealth management startup d1g1t has hired two new executives to its team as it expands its platform in the US market. The startup has appointed Andrew Aziz as executive vice president of business development, and Kian Rafia as managing director and head of US distribution.

Rafia previously served as Morningstar’s executive vice president and head of advisor solutions, where he oversaw the company’s offerings and distribution enterprises, as well as its financial advisors in North America.

“We’re excited that Kian and Andy are coming on board to strengthen the leadership team and help us build upon the phenomenal momentum and success we’ve had,” said d1g1t CEO and co-founder Dan Rosen. “They’re both truly rock stars in this industry, and our clients and team will benefit greatly from their proven experience.”

D1g1t’s enterprise wealth management platform is powered by analytics and risk management tools that allow firms to improve the quality of their advice to clients. Based in Toronto, the company said it has developed enterprise portfolio systems for banks, institutional asset managers, hedge funds, and regulators.

Halifax-based innovation hub Volta has appointed four new members to its board of directors, including former venture fund executives and founders.

Among the new board members is the former CEO and president of Emera, Chris Huskilson. Huskilson is also a founding partner of the Atlantic location of Creative Destruction Lab.