Over 40 Calgarians spent this past weekend experiencing the twists and turns of entrepreneurship. The aptly-named Techstars Startup Weekend brought developers, designers, business professionals, and students together to take an idea from conception to early prototype in just 54 hours.

Startup Weekend began as a volunteer-led initiative through Startup Calgary in 2012.

“Startup Weekend is a globally-recognized event,” said Danielle Torrie, manager at Startup Calgary. “Techstars – they’re basically the masterminds behind it – they provide volunteer organizers with the resources and tools that they need to make these events happen all around the world.”

Startup Weekend is a flagship program of Techstars, a seed accelerator and mentorship group. The model is similar to that of TEDx events – organizers follow a set of guidelines but are otherwise free to inject their own local flavour into the program. Over 17 events were held around the world this past weekend, in countries such as Zambia, Colombia, Austria, and Indonesia and the only other Canadian event being held in Trois-Rivères, QC.

Participants pitch ideas to the group and form teams around them. With the help of coaches and mentors, teams learn how to apply ‘Lean Startup’ methodology to refine their ideas towards a prototype. This all leads to the final session on Sunday evening, where teams get five minutes to pitch their prototype to a panel of judges.

Startup Weekend began as a volunteer-led initiative through Startup Calgary in 2012. Thanks to support from Calgary Economic Development and community sponsors, Startup Weekend has experienced significant growth since 2017 and is now one of the group’s major events. Three Startup Weekends happen every year in Calgary. Disclosure: Patrick Wu was an event volunteer for this Startup Weekend.

Techstars now also has certified facilitators based in Calgary – Torrie being one of them. The other facilitators include Jenn Delconte from Startup Calgary, as well as Kari Gordon and George Damian from Creative Destruction Labs – Rockies. Gordon was also the former executive director of Startup Calgary.

“Having local facilitators means that we can keep the costs affordable for our attendees, which is super important,” said Gordon. “In my opinion, there’s no barrier to entry in terms of cost because we have so many resources from the community.”

Historically, Startup Calgary invited facilitators from out of town to come and run the Startup Weekend sessions. Gordon explained that local facilitators meant that cost savings can be passed on attendees. This makes the event more accessible to students and lower-income individuals.

Over the course of the weekend, participants formed teams to try and address a wide range of challenges, including:

Some participants brainstormed on the spot, while others had their idea brewing for a little longer. “RadSpot was an idea that I came up with in 2014,” said Sabahat Naureen, who pitched the idea on the first day of the event. “The furthest I went was building a landing page with an infographic about the value proposition, but I never did anything with it. But when Startup Weekend showed up on the radar in Calgary, I said ‘You know what? It’s time to give my idea the light of day and see if there’s anything there. If not, I’ll just burn it.’”

“I really wasn’t expecting to actually be able to get this far,” said Angela Wang, who originally pitched Uniche. The University of Alberta student described how nervous she was to stand in front of the room and share her idea for the first time. But she was glad that she did.

“I loved working together with our team to build something,” Wang continued, “I loved seeing [the idea] come together and actually getting out and talking to local shop-owners and the customers.”

The Uniche team won a six month free membership with coworking space provider Work Nicer, the venue sponsor, as well as all-access tickets to attend Startupfest in Montreal in July. 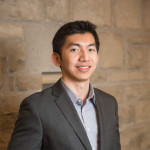 Patrick is a Calgary-based graphic designer, writer, and miscellaneous freelancer. He is passionate about sharing stories in tech and life science in Alberta. He's also a bit of a tea snob. https://wujpatrick.com Twitter: @PatJWu

This Guy’s No Slacker: In Conversation with Slack’s Stewart Butterfield

Having recently raised $42.5 million in new funding Vancouver’s Slack is proving to be anything but a bunch of coffee-sipping West Coast slackers. Slack…