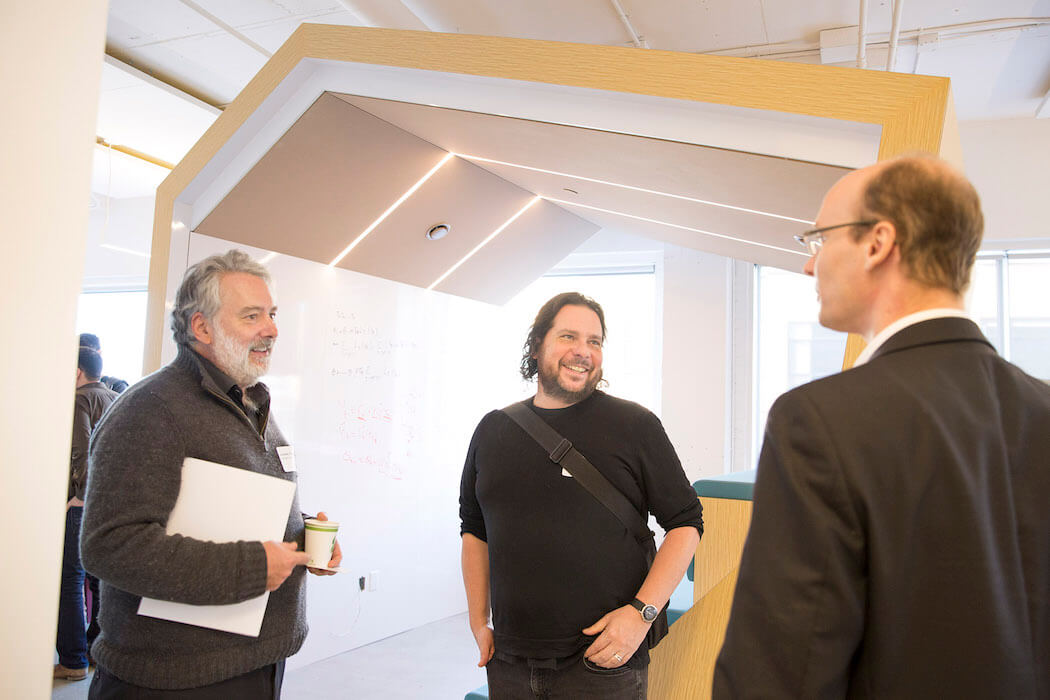 Climate change and social impact investing have been on the mind of Real Ventures’ Sylvain Carle for some time now. A few years ago, it was mentioned to Carle that a number of Real’s investments were likely impact-related without the firm focusing on it explicitly.

“Sylvain has made such an incredible contribution to the Canadian tech and startup ecosystem.”
– Janet Bannister, Real Ventures

The idea stuck with Carle as Real raised its pre-seed fund in 2017, and when the firm started talking about raising a new fund last year the thought re-surfaced.

“This has been brewing for us for a while but I wanted more than where the rest of my partners at Real were at, especially for the planet,” Carle told BetaKit. “I have been advocating for this for a long time and I wanted this to be part of the core businesses … my partners were open, [but] it was more of an urgency for me.”

Because of his passion, Carle decided to step down from his role as venture partner at Real to pursue new opportunities in the climate change and impact space. Carle, who had been with Real for more than six years in a variety of roles, publicly announced the move at the end of May.

BetaKit spoke with Carle recently about his decision and what might be next for the entrepreneur turned investor.

Carle shared the news in a blog post, stating he is “starting a new journey” and pursuing “the next chapter” in his life. He is set to continue to work with Real over the next six months as he transitions out of his position.

The venture partner has long played a significant role in the Montreal and broader Quebec tech scene. He started out with Real as a mentor for its accelerator, FounderFuel, in 2011. The venture partner had previously co-founded and been CTO of Needium, a Montreal based startup focused on monitoring social media platforms. Carle also had entrepreneurial experience at a number of different companies, including co-founding Messagia, Interstructure, and Praized. He also worked as a senior developer advocate at Twitter.

In 2014, Carle became general manager of FounderFuel, helping a number of early-stage startups raise seed capital. At the same time, he also became a partner at Real. Notable FounderFuel graduates include Sonder, Mejuri, and Bus.com. During his time at Real, Carle invested in a number of startups, the likes of which include Delve Labs, Keatext, Plotly, Unito, Vention, and more.

Calling Montreal-based tech hub Notman House his “house” in his blog, Carle worked closely with Real’s portfolio companies over the years. An “All-Star Mentor” at Techstars, an active board member for a number of organizations including Startupfest and previously OSMO, Carle told BetaKit he will continue to work with some of the entrepreneurs and founders he has been backing over the last few years as he slowly transitions out of his role at Real.

“Sylvain has made such an incredible contribution to the Canadian tech and startup ecosystem in the six years since he joined Real and we feel so privileged to have had him on our team,” Real managing partner Janet Bannister told BetaKit.

“We, at Real, have all learned so much from him and benefited greatly from his generosity and collaborative mindset,” she added. “We are also excited to continue to collaborate with him in the future, as he dedicates his time and energy to supporting and building solutions for climate change.

“For me, it was really a question of clearing some space to start some conversation,” Carle stated in regards to his decision. He explained to BetaKit he had been considering the move for some time and with Real looking to raise its next fund, it felt like the right time to make a transition.

“These sort of like moments of these forks in the road … you have to take them when you see a fork,” he added. “They come up every three to four years. So it was, ‘do I take it now, or do I wait a little bit longer,’ essentially.”

While Carle told BetaKit he is not sure what his next move will be just yet, he has had conversations with a number of organizations and leaders in the climate change and social impact space.

“What I want to do in my next chapter, for the next decade at least, has to be related to our current climate crisis,” he wrote in his blog post. “It’s the emergency of our century. I don’t exactly know how I will contribute to this climate challenge but I know for sure: I will dedicate my energy and my brainpower towards finding and financing innovations for mitigation, adaptation and resilience.”

COVID-19, Carle said, was not a direct impetus for deciding to leave Real, but worked to highlight just how important his focus on climate and social impact could be. “[The pandemic] made it even more clear”, he said. “I think there’s also a pretty unique moment, and multiply that by COVID, and [that has] got me pretty excited.”

Over the next six months, Carle will continue to invest as part of the four Real funds that he is already participating in. He told BetaKit, Real plans to find a replacement investment partner for its next fund “in due time.”

Founded in 2007, Real has invested in over 280 companies across five funds and currently has $330 million under management. The firm recently named Bannister as its managing partner and also brought on Hamzah Nassif as the venture capital firm’s second partner based in Toronto.