We live and breathe the story of Toronto as an emerging hotspot for tech growth in North America. We’re proud of our city and its thriving culture of innovation. And we are grateful for our experiences at Rypple, Wave, PlanetEye, and Kobo, which positioned us to do something similar with InnerSpace: solve a big — and global — problem from Toronto.

But what we’ve discovered as startup founders is that identifying the problem is the easy part. (In our case, me and my co-founder James Wu couldn’t find each other in a museum in New York City, and decided “GPS for the indoors” was a problem InnerSpace could solve.) Building the technology happens relatively quickly, especially when you tap into Toronto’s healthy pool of startup resources.

What’s difficult is getting a solution to market once you gain initial traction. For that, you need additional seed capital and support from a more expansive network than what’s found in your own backyard.

We were fortunate to be among 500 Startups’ Batch 19 companies in its accelerator program in Silicon Valley. For four months, we immersed ourselves in the Valley culture and met with mentors, funders, and peers. Here’s what we learned.

It’s easy to play safe and think of yourself as “just a small startup from Toronto with a useful idea.” Ditch that limited thinking and expand your worldview as an entrepreneur. 500 Startups forced us to think bigger about how our idea translates into other markets. To consider niches and applications beyond the obvious. They asked us: if you weren’t afraid of raising capital, what could you do? Our conclusion: picture a unicorn grazing on your growth plateau.

“Us vs. them” is a limiting belief

Toronto’s startup community does not need to position itself against Silicon Valley. We are not rivals, even though this perception does exist: that we compete for dollars, talent, and attention. The fact is, despite Toronto’s growth as a tech centre, we need access to the Valley’s deep resources. We realized this in our first week in the Valley, and serendipitously met a half-dozen entrepreneurs who not only were successful building $500M+ businesses, but could make a connection to the right people we needed to speak to.

The size of the Valley’s startup ecosystem makes you realize that your talents and ideas are not as unique and special as you thought.

One of these connections was the “grandfather of GPS,” the original founder of the GPS technology we now find in our phones. Another connection led us to one of the billion-dollar investment funds on Sand Hill Road. In just four months, we had more resources across investment dollars, experienced entrepreneurs, and traction than in the lifetime of the company when we were focused on local Canadian resources.

Collaboration is a better way forward if we want to build global companies with the right partners, investors, and customers.

In Canada, it feels like there are limited options for early stage funding. We often perceive this as a constraint. Meanwhile down in the Valley, there are seemingly countless funding options. For us, it made it easier to sell our big vision — a world where InnerSpace is in every square foot of space around the world — when we’re speaking to an investment community who views capital as an enabler of change on a massive scale. Investors in Silicon Valley aren’t afraid to throw capital at a problem, but you must have a great idea, strong plan, and an even stronger team.

You’re not a snowflake

The incredible size of the Valley’s startup ecosystem makes you realize that your talents and ideas are not as unique and special as you thought. It’s a huge wakeup call. We experienced this at almost every social event where we were surrounded by entrepreneurs who had exited for $100M+, or were building revolutionary companies and had the funding to back them. You get that you’ll have to work even harder to be successful and stand out on the global stage. Be prepared for this challenge.

Being Canadian is very special. Half of our batch of 44 companies at 500 Startups was from 15 other countries outside the US. Four of us were from Canada. It’s clear that people around the world respect our values and our way of doing business. Our time in the Valley helped us truly appreciate that Canada is home. It’s where we want our unicorn to graze. 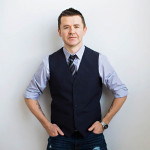