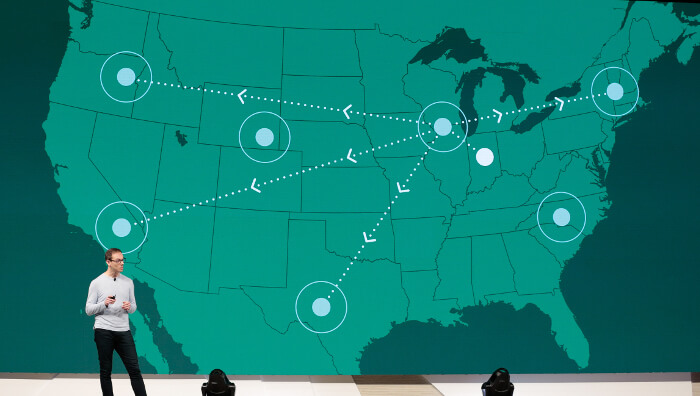 Shopify has begun expanding its fulfillment network to Canadian merchants as the company continues to develop the product-market fit its Amazon-style offering.

The Ottawa-based e-commerce company revealed its plans to build the Shopify Fulfillment Network at its annual developer conference last June. Originally, the offering was only available to United States-based merchants. Shopify plans to create a network of various fulfillment centres to enable its merchants to distribute their products directly with Shopify.

“The decision to move into SFN [Shopify Fulfillment Network] feels like the right one, now more than ever.”

Shopify started off 2020 announcing a new research and development (R&D) centre in Ottawa to test and build out its fulfillment network. The company has since opened the centre to trial “new robotics and fulfillment technologies” and has also decided to trial initial fulfillment of Canadian-based orders, amid COVID-19.

The move comes as the pandemic has created challenges for international supply chain systems. COVID-19 “validates” Shopify’s decision to expand into this market, Finkelstein said on the call, even as some of the incumbent delivery networks are straining.

“The decision to move into SFN [Shopify Fulfillment Network] feels like the right one, now more than ever,” added Finkelstein.

Amy Shapero, Shopify’s CFO, noted earlier this year (pre-COVID) that the fulfillment network is still in the early stages of a five-year plan, searching for the right product-market fit. She confirmed on today’s call that Shopify still intends to continue building based on that five-year timeline and hopes to move into its “scaling phase” in 2021.

Shopify has committed $1 billion to build out its fulfillment network, which is also fueled, in part, by the company’s acquisition last year of Massachusetts-based 6 River Systems. The $450 million USD deal was Shopify’s largest acquisition to date. In its most recent quarterly report, Shopify attributed some of its operating loss to Q1 being the first full quarter of operating expenses associated with the acquisition.

Shopify noted as part of its quarterly results that more new merchants signed on to Shopify Fulfillment Network in the first quarter of 2020 compared to any previous quarter since its launch in June.

The e-commerce giant, which became Canada’s second-biggest stock last month, surpassing $100 billion, has also seen the adoption of its Shopify Shipping product rise. Shopify stated in its quarterly report that 46 percent of eligible merchants in the United States and Canada utilized the program in Q1 2020, versus around 40 percent in the first quarter of 2019.

The growth was attributed to Shopify Shipping printing more labels to fulfill orders since the beginning of March; Shopify noted that this corresponded with the rise of COVID-19 in the United States and Canada.

Shopify is also working with fulfillment warehouse partners to help ensure compliance with Centers of Disease Control and Prevention best practices and the health and safety for its warehouse employees, amid COVID-19. Shopify pointed to the measures, including social distancing rules and deep cleaning, as Amazon is coming under pressure for its own fulfillment centre practices amid the pandemic.