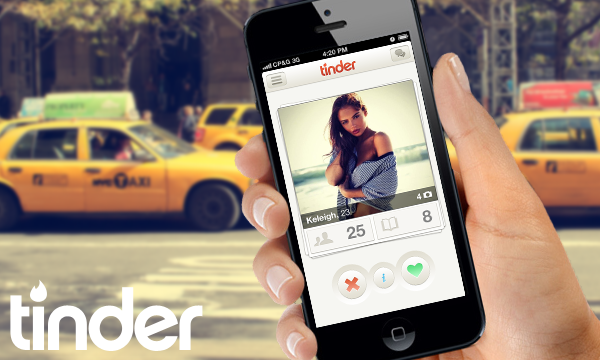 It’s been a rather grisly few days in the news for the Tinder dating app, but this next story should bring a few laughs to your day.

In what will easily be the funniest story of the day, the Vancouver Province‘s Nick Eagland reports that a 19-year-old science major at Simon Fraser University has coded a program that automatically swipes right on every woman’s Tinder profile.

Joel Zhang, a second-year software systems student posted a link to the program on the SFU Confessions Facebook page and receives tons of likes and comments. It came with this hilarious spiel: ““I got lazy manually liking everyone on Tinder so I coded a program to automatically do it for me. What am I doing with my life?”

Tinder is the nearly ubiquitous social dating app where users swipe right on photos of people they desire, or swipe left to reject a photo. When the person in the photo also swipes in favour of the user’s profile there’s a match, enabling personal messaging.

The Province reported that Zhang coded the program out of boredom, after swiping right on every girl’s photo. He said he still has yet to go on a date with someone from Tinder. Maybe his luck will change soon.

“I was thinking there has to be some way I can do this faster, so what I ended up doing was I used a proxy on my phone,” he told the Vancouver newspaper. “Basically, it tunnels the network connection through my computer so that I could see the data it was sending and receiving from Tinder. My program pretends to be the Tinder app by replicating how the data is sent to automatically like each person.”

Zhang said he’ll seek work as a software or web developer once he graduates.

Probably the best few lines of the article nicely concluded the piece:

“’I’d say it’s kind of hard, but that’s mostly because I’m not the sort of person that likes to, you know, put myself out there.’

With his new program, he’s already put himself ‘out there’ to thousands of women.”