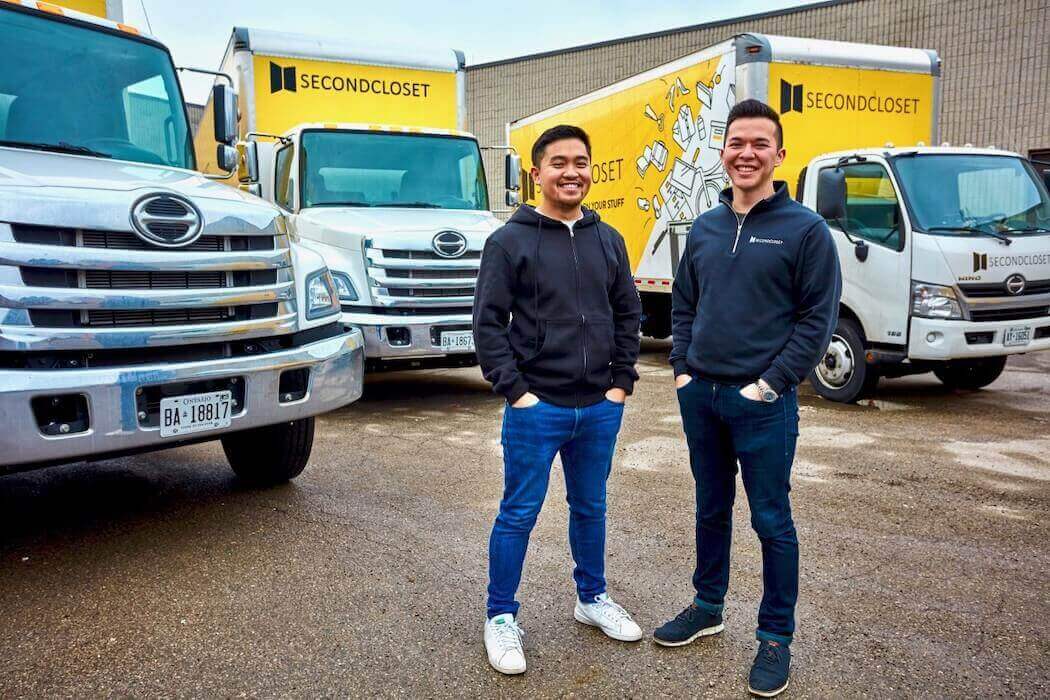 With new financing, Second Closet is shifting away from consumer self-storage to focus on fulfillment and last-mile logistics for businesses.

Over the last year and a half, Second Closet has been quietly moving into the B2B space, repurposing its physical storage spaces to offer fulfillment and last-mile logistics services. As of this week, Second Closest is no longer offering self-storage to net-new customers.

“It’s a unique opportunity where we can build a north of a $100 million a year business in Canada.”

To fuel this evolution, the Toronto-based startup secured $20 million in all-primary, equity financing from a contingent of return investors, as well as new investor Intact Ventures, the venture arm of major insurance company Intact.

The round was co-led by Whitecap Venture Partners and Intact Ventures. Longtime Second Closest investors MIG, Michael Hyatt, and Cowie Capital Partners also participated in the financing. Second Closet CEO and co-founder Mark Ang called the $20 million round an extension of Second Closet’s $13 million Series A financing, which closed in 2019.

Second Closet was founded in 2017 as a tech-focused consumer storage business that operated a digital platform as well as the physical movement and storage of goods. Over the past four years, the company has garnered nine facilities across Toronto, Vancouver, Ottawa, and Montreal, and worked with tens of thousands of customers.

With more than $35 million in total funding to date under its belt, Second Closet is now ready to focus solely on its B2B offering. With that will come a brand and name change that Ang declined to share details on just yet.

In an interview with BetaKit, Ang also declined to call the move away from self-storage a pivot. Rather, he sees this change to third-party logistics as an evolution of Second Closet’s services given that the startup will continue to utilize its current physical storage spaces, but for a different purpose.

“We are certainly moving away from storing John Smith and Deborah Jones’s bike, and we’re going into storing and delivering that product for the first time,” said Ang.

Second Closest’s B2B offerings include e-commerce and retail fulfillment including storage and shipping, as well as physical file and business asset storage.

Ang noted that while Second Closet is no longer taking on net-new consumer customers it will continue to serve existing ones.

Second Closet’s shift within the proptech space is backed by a number of big players in Canadian real estate.

Recognizing an opportunity to utilize what Second Closet had originally built as a way to store individual goods, Whitecap pushed the startup to increase its possible scale opportunities, and focus on B2B.

“We sat down with Mark and the rest of the team and said, ‘is there a path here to replicate what we’ve done with one or two early pilot [business] customers, and over the next three years sort of flip the script so that we could get 50-50 business to consumer,’” said Shayn Diamond, partner at Whitecap, in an interview with BetaKit.

Those conversations, which culminated in Whitecap leading Second Closet’s Series A round, came at an opportune time as the COVID-19 pandemic hit shortly after the startup secured the $13 million. With a solid runway in place and an increased need for fulfillment and last-mile logistics technology, Second Closet has been able to grow its revenue significantly.

The COVID-19 pandemic has only exacerbated the need for these types of services, with Amazon and Shopify, which recently moved into fulfillment, notably seeing massive returns over the past year.

Second Closet is anticipating a four times revenue increase this year. That growth is also reflected in the size of Second Closet’s team, which grew from 75 employees in late 2019 to around 450 currently, including drivers, engineers, operations, and more.

“It was definitely a wind in our sails when everything closed and everything needed to move digital, we were already doing it,” said Ang. “It’s hard to turn on infrastructure overnight … with warehouses, people, technology, trucks, etc., there’s a lot to coordinate.”

“It was the pre-work, the vision that that’s where we wanted to go as a business in advance,” Ang added. “Having all that set up and working well in advance of the pandemic hitting, and then being able to capitalize to support businesses.”

“[Second Closet] has definitely exceeded expectations both in terms of growth on the revenue side and on the [customer] side, but also on the revenue split side. So, our goal of getting to 50-50 two to three years out, it’s now actually been flipped completely on its head,” said Diamond, noting the majority of Second Closet’s customers now are businesses and include large name brands in Canada.

“Mark and team have done an exceptional job in scaling Second Closet to meet the needs of consumers and businesses, applying technology and modern processes to address many of the pain points of traditional e-commerce logistics,” said Karim Hirji, SVP and managing director at Intact Ventures.

Second Closet plans to use its newfound capital to grow its B2B play by increasing its product development team and adding new executive-level employees. The company expects to hit close to 600 employees by the end of April.

The startup is currently focused on expanding its Canadian footprint and drawing in more business customers nationally.

“I think there’s a huge opportunity here,” said Diamond. “It’s a unique opportunity where we can build a north of a $100 million a year business in Canada in the very near future.” The Whitecap partner also pointed to the potential to bring Second Closest to the United States market, while Ang noted that Second Closet remains focused on Canada where he sees “a huge opportunity.”

“Virtual reality has allowed us to answer questions – and find new ones we never even thought to ask – about art,” proclaimed the…