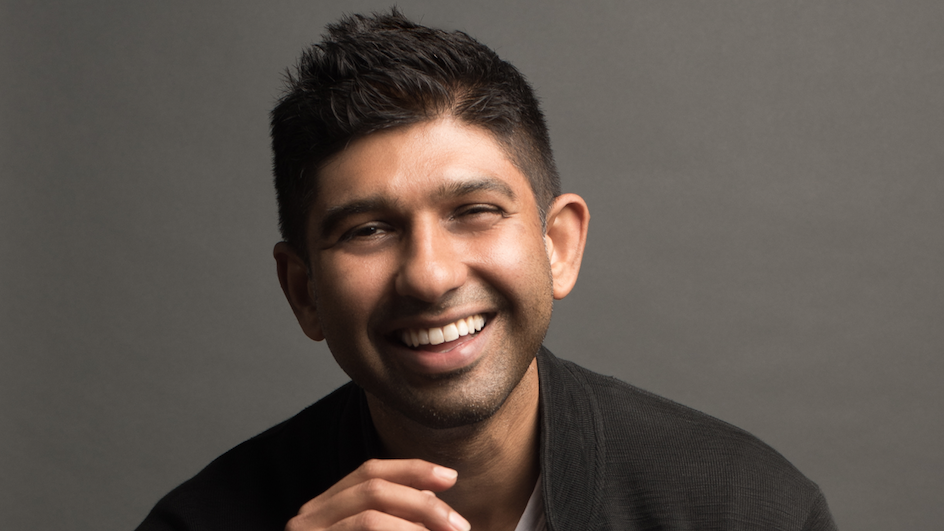 Ahead of the conference, Elevate has been interviewing its speakers to provide a sneak peek at what attendees can expect. Ray Reddy, CEO of Ritual, is one such speaker sharing his expertise. Reddy spoke with Elevate about the state of Canadian tech and scaling Ritual.

BetaKit is an Elevate media partner. As such, we have sweet hookups. Use this link, the banner below, or the code ‘ELEVATELOVESBETAKIT’ to get 20 percent off your Elevate tickets. Are you a startup? Use this link for a special BOGO deal. You’re welcome!

What’s the biggest myth about tech in Canada?

The myth to be disproven is that we can’t build big, global companies in Toronto and other large cities out of the Valley.

The past is not necessarily a predictor of the future, but if you look at the past it suggests that your odds of build a big global tech company outside of the Valley is exceptionally low. It’s difficult and challenging, but we have advantages here; it’s ten times easier to hire here than in the Valley. Toronto has a lot of little benefits like that giving the ecosystem a nice boost.

The difference between now and a decade ago is the trajectory that Toronto is on.

The past is not necessarily a predictor of the future, but if you look at the past it suggests that your odds of building a big global tech company outside of the Valley is exceptionally low. It’s difficult and challenging, but we have advantages here; it’s ten times easier to hire here than in the Valley. Toronto has a lot of little benefits like that giving the ecosystem a nice boost.

You can already see the tide turning. You can see that the capital coming into Toronto is very different than it was even five years ago. Increasingly, people are diverted into tech as opposed to traditional consulting, investment banking, and finance jobs. We’re seeing that shift across the board but it’s nice to see that shift in Toronto.

What do you think is Canada’s tech potential?

Canada, and Toronto specifically, has already proven that it’s now a real contender as a city to take the number two spot after the Valley in terms of a tech ecosystem that’s achieved liquidity. If it’s not there yet, the trajectory it’s on should put us there in a few years.

The difference between now and a decade ago is the trajectory that Toronto is on – I don’t think I’ve seen anything accelerate the way Toronto has in the past five years.

What’s your biggest concern for Canada’s future and how can we overcome it?

There are still gaps in our ecosystem.

One, there’s still a shortage of consumer companies – not just in Toronto but, to be honest, anywhere outside of the Valley.

Seed stage is in a pretty good place right now, and Series A is getting there. In this case, capital follows the ecosystem, so as we see growth stage companies get built and mature, hopefully the capital will follow.

Three, when it comes to the team and talent, I think people can sometimes be in too much of a rush to become experts and climb the ladder, and they don’t develop the patience needed to master their craft.

There’s a temptation to move from one thing to another quickly, whether that is switching jobs, switching roles or switching projects, that can result in many people being a “mile wide and an inch deep” in everything. I think it’s caused by some combination of shorter attention spans and people feeling like they want to move onto new challenges too quickly. It under-develops people over time; there’s so much to be gained from seeing a problem through and getting real depth in a particular problem.

To build a world-class company, you need to hire people who are world class in their field. People can learn the basics of a problem very quickly, but to be world class at something, you have to become a savant. You can’t settle for just knowing the basics. It requires an obsessiveness to keep pushing it and going a lot deeper – more so than most people would think or want to. It’s more of a mindset than a skill and its inspiring to work with people like that.

What was the biggest obstacle you faced taking Ritual from early stage to growth stage?

When you move stages, you have to rethink a lot of things.

One, whenever you multiply anything by ten – users, merchants, or employees – everything breaks.

So you not only have a lot of new problems, but all of your old solutions keeps breaking. It can feel never-ending. Every problem you’ve solved you will have to resolve and you have a whole bunch of new ones. The good news is you have more people and hopefully you are able to keep hiring more talented people to solve those problems.

Two, leadership roles start to change. What it takes to be a good management team for a ten person company is a different skill set than for a 100, 1,000, or 10,000 person company.

Especially for founders who want to stay in company leadership as the company scales; you’re forced to reinvent yourself. That means being self-aware about what you’re good at, not good at, and what skill set the company needs at that point. It’s also about knowing when leaders are not able to scale at the same rate as company and putting the right people in those shoes.

How can an entrepreneur scale their brand at Elevate?

I think the first step is getting involved. I think Elevate has done a fantastic job of involving the Toronto tech community. Elevate has gone out of their way to partner with companies in the ecosystem and involve them in a number of different ways

Beyond that it’s connecting with your peer group. At all of these conferences, the value ultimately is the quality of the people in attendance. It comes down to attending the right events and networking with your peer group. It feels to me that Elevate is, by far, the best tech conference that I’ve seen put on in Toronto. The quality of people attending should be very high.

Vancouver-based Unbounce, a platform that provides tools and resources to help marketers create high-converting landing pages, announced this morning that it has acquired fellow…