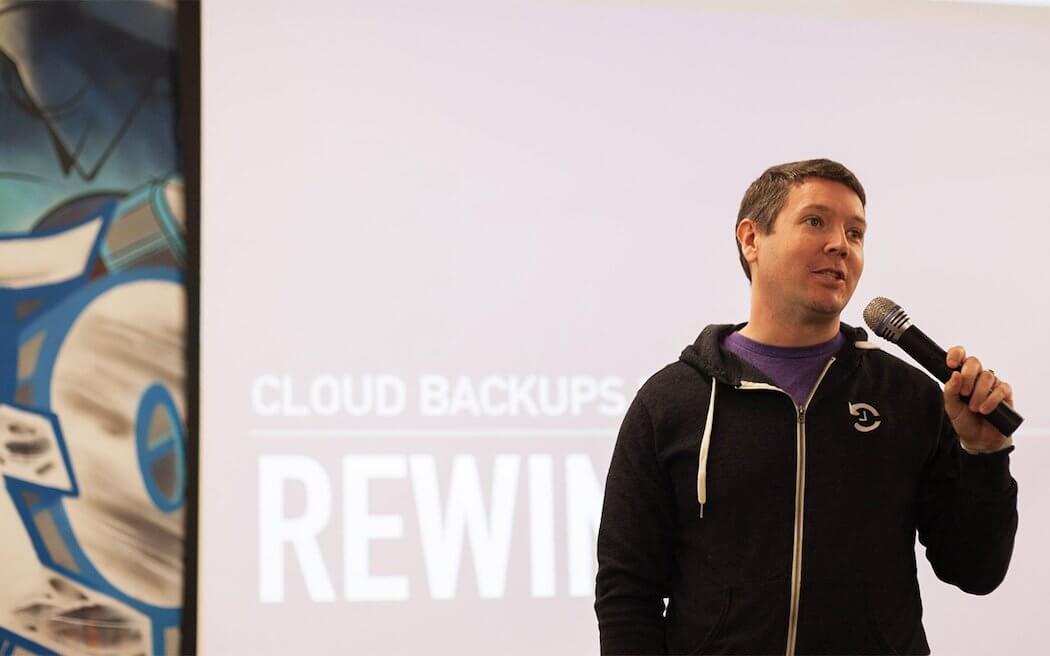 Mike Potter knew he had to move faster.

The CEO and co-founder of Ottawa-based Rewind admitted to BetaKit in January that the company’s $19 million CAD Series A round had come about because of the “opportunities that we were leaving on the table.”

Founded in 2015, the company helps businesses back up and restore their SaaS and cloud data; risk aversion is the mandate. But Potter admitted that Rewind’s bootstrapped focus on capital efficiency was “holding the business back.”

Rewind’s aggressive post-Series A stance might be surprising to “people [who] sort of thought of them predominantly as a backup tool for Shopify.”

While the company may have been late to raise its Series A, Potter did note to BetaKit in a recent interview that Rewind was therefore further ahead than most Series A companies, and better prepared to scale.

To its credit, Rewind moved quickly, acquiring Berlin-based BackHub in February to expand the company’s reach to GitHub, and launching support for Atlassian-owned Trello in April.

Now, nine months after its Series A, Rewind has closed a massive $83 million CAD ($65 million USD) Series B round to capitalize on a growing stable of SaaS and ecommerce platforms hungry for a third-party backup solution.

The round also crucially features Atlassian Ventures, the investment arm of the company which owns one of Rewind’s key platforms: Potter told BetaKit that the company’s Trello business is growing three times faster than QuickBooks.

“Wanted to have one of our platform providers be invested in our company and promote them to our providers,” he said of the key strategic investment. “We see a ton of potential in backing up all of Atlassian’s tools.”

The growth is fuelled not only by offering a low churn, check-box service, but one that has strategically targeted platforms with high-growth potential. Potter described to BetaKit how the company looks to saturate a platform’s current user base (usually via its app marketplace), and then grow alongside it.

“Those platforms are growing – as they grow, we grow even faster,” he said. “As new SaaS applications come in, the market starts to get very large very quickly.”

Rewind’s aggressive post-Series A stance might be surprising to “people [who] sort of thought of them predominantly as a backup tool for Shopify,” said Matt Roberts, partner at ScaleUp Ventures, which has invested in Rewind since its undisclosed seed round.

That perception overlooks not only the market opportunity, but the sophistication of Rewind’s product, according to Roberts. Many SaaS platforms offer some form of disaster recovery, but don’t provide Rewind’s level of “granular backups” that can, say, roll back a critical issue with a company’s inventory data over the last week without touching any other part of its business. “These sound like very minor issues, but they are huge problems at scale,” Roberts said.

Rewind has benefited from building off of Shopify’s back, of course. According to Roberts, the company battle-tested its service with one of the most robust suites of APIs in ecommerce, learning how to support a variety of complex datasets. That groundwork makes a compelling value proposition for SaaS platforms looking to expand their ecosystem.

“As new SaaS applications come in, the market starts to get very large very quickly.”

“Rewind is in this amazing position where all these SaaS companies who are building APIs and talking about getting backup solutions – Rewind has the product that’s ready to plug-and-play… Nobody is dealing with the amount of volume they are. It puts them in a really great spot.”

As demonstrated by Trello, it’s clear the growth opportunities don’t solely exist in ecommerce. Potter noted, for example, that SOC 2 compliance demands for service organizations are driving interest in Rewind across the spectrum. “It’s pretty hard to argue that GitHub wouldn’t be a core system if you’re developing software,” he said.

“If you look at Rewind now, it’s not that the need is on one platform or type of application,” Potter continued. “It’s obvious the need is across all the different SaaS applications.”

Which is a good thing, because Rewind isn’t a bootstrapped company anymore, and the significant and successive capital raises come with their own pressures and demands. In February, Potter told BetaKit that he expected the company to make more acquisitions similar to BackHub, and six months later the CEO showed no signs of strain under the g-force of steering a venture-backed company.

“We’re very confident we can grow into this raise with the traction we’re seeing these days,” he said.

Rewind’s investors remain confident as well. In a statement, John True, operating partner at Insight Partners, called Rewind “a pillar of the cloud backup and recovery space.” Roberts pointed to Rewind’s co-founding team of Potter and James Ciesielski, both experienced operators, as strong hands on the steering wheel.

“They’ve spent the last three years working on getting to this point,” Roberts said. “Now, they’re seeing the fruits of their labours.”