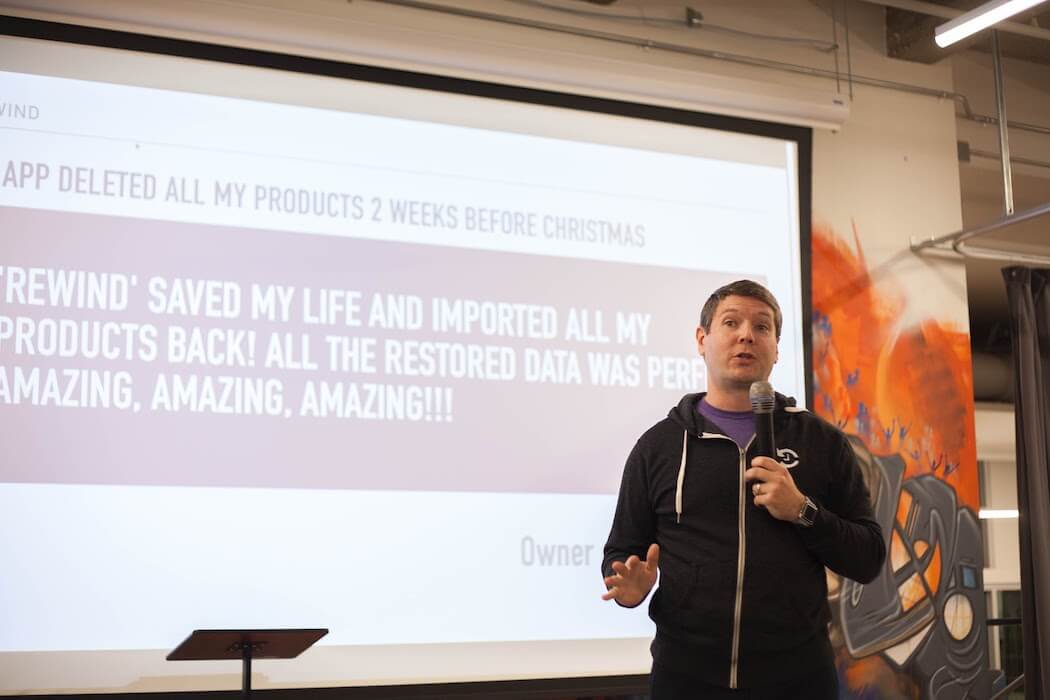 Ottawa-based cloud backup startup Rewind has acquired Berlin’s BackHub, as Rewind looks to expand the reach of its “backup-as-a-service” business. Rewind did not disclose the acquisition price.

“This was just a natural extension to expanding the coverage of SaaS platforms that we want to protect.”

Last month, Rewind raised a $19 million CAD Series A round, a portion of which went to financing the BackHub acquisition.

Founded in 2015, Rewind’s platform aims to protect businesses’ software-as-a-service (SaaS) and cloud data. The startup claims to serve 80,000 customers in over 100 countries.

“We’ve seen really good success with the Shopify business, the QuickBooks business, BigCommerce business, and the platforms that we’re already backing up,” Mike Potter, Rewind’s co-founder and CEO, told BetaKit in an interview. “This [acquisition] was just a natural extension to expanding the coverage of SaaS platforms that we want to protect.”

Launched in 2014, BackHub is a backup service for GitHub that protects the code and metadata of public and private GitHub repositories for over 1000 customers. GitHub is a Microsoft subsidiary with over 40 million users and 190 million repositories.

BackHub generates audit logs for compliance and allows users to clone from its software directly.

“There was a lot of alignment with [BackHub’s] business and our business,” Potter said, adding that the two companies share values and a “vision to protect the cloud.”

As part of the acquisition, BackHub’s team of three is also joining Rewind, where they will work to continue to grow the GitHub product. Rewind views GitHub as presenting a significant opportunity for backup-as-a-service products due to the importance of data and compliance with internal and external policies.

Rewind’s long-term vision for BackHub involves deep integration into Rewind’s product, but for now, the startup has other priorities, including scaling BackHub’s system and expanding it to multiple regions around the world.

“Rewind shares our value of prioritizing customer satisfaction and our vision to protect every line of code in their repositories,” said Daniel Heitz, founder and CEO of BackHub. “We are excited to join a growing organization that is poised to make a dramatic impact in data management and protection.”

RELATED: Cavelo raises $1.3 million pre-seed as it looks to help companies regain control of their data

“When we decided to raise our Series A, that really opened the possibility that we could grow, not only organically, but also inorganically by acquiring these companies that are typically backing up one platform that we might be interested in,” the CEO said.

“There are others that are very much like BackHub that we’re looking at,” Potter added. “I would certainly expect that this is not the last acquisition we’ll do.”

Rewind is interested in companies run by single developers or small developer teams that have built backup solutions to solve their own problems – much like how Rewind got its start.

“That’s basically how Daniel started BackHub,” said Potter. “They had clients that needed to protect GitHub, and so they built a solution for it.”

Since its Series A financing, Rewind has hired 10 to 15 more people and is “growing quickly.” The startup aims to hire at least 30 more employees by the end of the year.