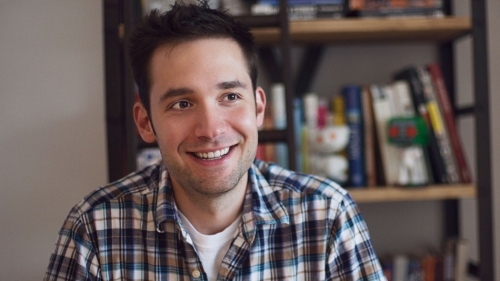 Reddit founder Alexis Ohanian is giving a talk to students at the University of Waterloo in late November.

According to a release, the creator of the popular social news website will speak about his mission is to make the world “suck less,” while promoting his new book.

“Alexis Ohanian is a tremendous example of the modern tech-entrepreneur, someone who is innovating and making disruptive changes to the world,” said Feridun Hamdullaphur, president and vice-chancellor of Waterloo. “Waterloo is well-known for being a place where innovation takes root and change begins, so this is the perfect place for Alexis to share his experiences.”

The talk will take place in the Davis Centre at Waterloo on Friday, November 22 at 8 p.m. Registration details are available online.

Ohanian will be promoting his new book called “Without Their Permission: How the 21st Century Will be Made, Not Managed,” and promises that it won’t be just another book tour. The week before his visit to Waterloo, he will engage with users on the University of Waterloo subreddit to source topics for his keynote address.

In preparing for his book tour it looks like the personable Ohanian has provided us with a video on the book and why people should read it.

Waterloo stands as Ohanian’s only visit to a Canadian university on a tour of more than 70 colleges and universities in North America. During the visit he will also spend time with student entrepreneurs offering exclusive mentoring and advice.

Ohanian is a charismatic and highly successful entrepreneur, having given a TED talk by the time he was 26. He  started reddit with co-founder Steve Huffman after graduating from the University of Virginia in 2005.

He also founded BreadPig, which creates and sells geeky things, and helped lunch hipmunk, running marketing, public relations and community outreach before becoming an advisor and joining the fight against the US Stop Online Piracy Act and Protect I.P. Act. He invests and advises over 70 tech startups and acts as Y Combinator’s Ambassador to the East.

Toronto-based SnapTravel, which lets users find and book hotels over SMS and Facebook Messenger, has just raised a $10 million Series A funding round,…