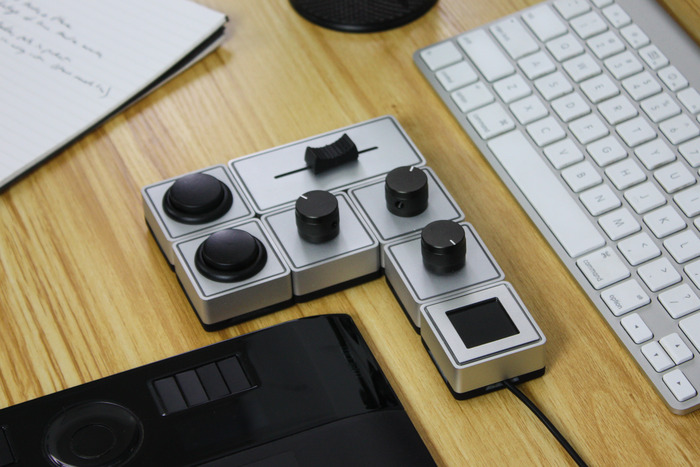 After having split the past four months between Shenzhen, China and San Francisco, California while running what would go on to be a very successful Kickstarter campaign, the Canadian cofounders of the Palette freeform hardware interface are coming home.

After having raised $158,000 in a Kickstarter campaign that ended on January 6 (with a $100,000 funding target), the startup told BetaKit today that along with news of a new and improved pre-order website, it will be making Waterloo its home base and hiring a small team to build out its software side.

When we last chatted with cofounder Ashish Bidadi on December 5, he said he and Calvin Chu were “definitely going to make it” over the $100,000 funding goal. The final two days proved to be strong the campaign experienced a few big spikes in campaign backers, whether that was due to reminders by Kickstarter to users who had starred the page, or a few how-to videos released by Palette to help potential backers understand the product more.

Designed by the pair of University of Waterloo engineering grads, Palette is the first freeform hardware interface that offers hands-on control of your favourite software, and it most appeals to creative professionals using software programs to alter their work. They moved to China for three months to take part in the HAXLR8R accelerator program in Shenzhen, the “Electronics Capital of the World,” before a short stint in Silicon Valley as part of the program to talk with investors. It was during that time that the Kickstarter project was live.

But now with money in the bank and manufacturing plans in place for the first batch of Palette interface, the guys are ready to settle down, hire a few more people and pursue funding.

For Bidadi though, he emphasized that the startups’ journey with Palette has yet to really start. “I think what we’re offering in the physical modules is just the beginning. The button, dial and slider is what we’re starting with but we’re also planning to develop things like a joystick or a trackball module, or a motorized fader. So these are all the types of things that people are excited about,” he said.

The software that Palette currently supports is also “just the beginning”. Bidadi wants to see the interface support other software like Apple products, games, design software and AutoCAD software (software for 2D and 3D computer-aided design). “We know there’s demand for something like this and people have asked us for it. I think me and Calvin are interested in taking this several steps forward.”

First things first though: the guys are back in Waterloo for the first time in four months and once they’ve satisfied the initial shipment orders, they’ll focus even more on software building and bringing on a few more people.

S|W: The SaaS Weekly – The GDPR playbook for SaaS