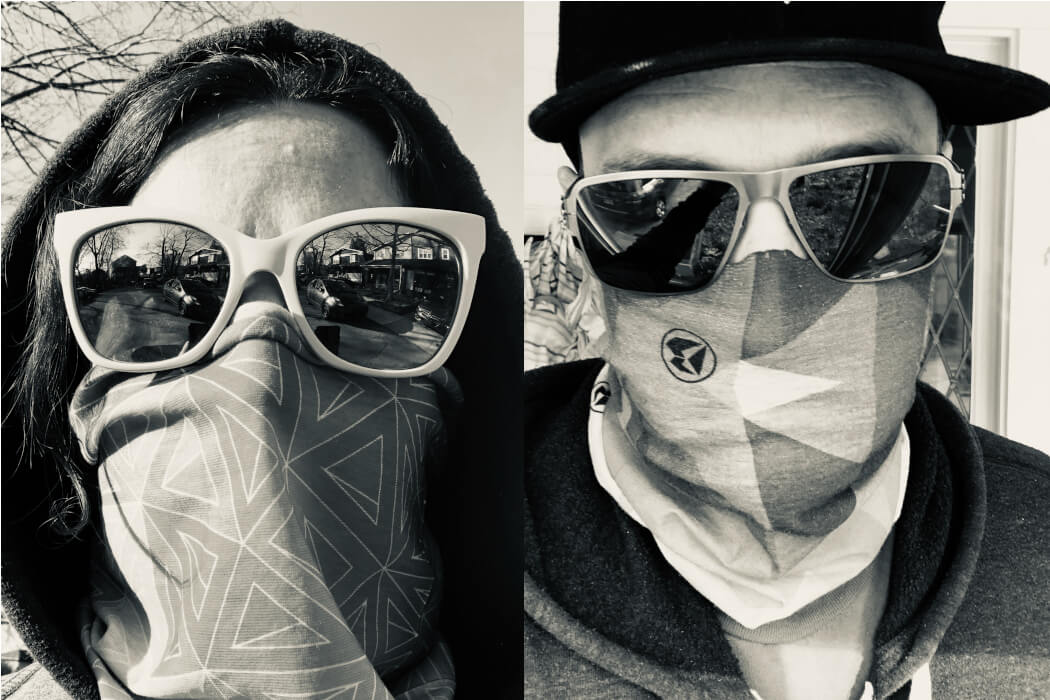 Johnathan Nightingale said the new book he co-authored with his wife, Melissa, is designed to “give people a place to stop and reflect, and extract out lessons from the last 18 months, and not just to sit in their sad memories.

“That’s how you’re going to figure out what the future of work is,” Johnathan told BetaKit.

Unmanageable: Leadership Lessons from an Impossible Year spans from the first COVID-19 lockdowns to their first anniversary. The book became available for pre-order on August 25.

“We have some sense of what’s going to happen in terms of the next phase of work but right now every organization is still trying to figure some piece of this out.”

The pandemic sent workers home from their offices, unsure of what they’d be coming back to, or when. In a blink, people found themselves working from their spare bedrooms or kitchens, and taking Zoom meetings while their kids begged for attention.

As things begin to reopen, organizations find themselves dealing with a lot of uncertainty, particularly with plans for a return to work. Melissa said every single organization they’ve spoken with says it will likely be a hybrid of remote work and in-office.

“When you poke at it, the real answer behind hybrid is, we don’t know,” Melissa said. “We have some sense of what’s going to happen in terms of the next phase of work but right now every organization is still trying to figure some piece of this out.”

Similarly, many organizations are mandating that their staff be double vaccinated, but not all of them. “What we want is for them to say it out loud,” Johnathan said. “The thing that is the most destabilizing, the most anxiety-producing for the people in your organization is to not know which situation I’m in.

“If you say it out loud from the start, ‘this is an organization that expects to be back in the office, and expects everyone to be double vaxxed unless they have some kind of medical exemption,’ then say that. And employees who don’t like that can make a decision based on that information. The thing that is really hard is to be surprised by expectations you didn’t agree to.”

Unmanageable is about power in the workplace, Melissa said, noting it’s about the negotiation of power between bosses, executives, and employees. “We’ve seen that play out in an accelerated cycle in the last 18 months.”

Johnathan added that on top of the pandemic piled political unrest in the US, and racial injustice protests globally. All of it spilled into the workplace, impacting how companies were expected to talk about those issues, and what employees were allowed to agitate for, or whether they were told to keep it out of the office.

“When you look at the meaning you’re looking to extract from the last year-and-a-half and two years have been, it’s really around how has that dynamic shifted and what does that mean going forward,” Melissa said. “That’s the question everyone is trying to figure out right now.”

According to its authors, Unmanageable introduces the new rules of work, and offers a practical and essential guide to what comes next.

It’s not the first book the Nightingales have written together. Their How Fucked Up is Your Management: An Uncomfortable Conversation about Leadership was a best-seller.

But where the last book was divided between pieces Melissa and Johnathan wrote separately, this one was a real collaboration literally dictated by the pandemic.

“When we started writing, it was the first lockdown,” Melissa recalled. “Everything just shut down. Our kids got sent home from school. Everything was in that fog and that haze of the early days, so we were writing, but part of the way we’d do it is somebody would open a laptop and start writing a couple of lines, and somebody else would pick it up, and that baton passing really changed the way we write.”

Like most organizations, the Nightingales’ management training business, Raw Signal Group, had to adjust the way it worked when the pandemic hit.

Johnathan explained that before March 2020, Raw Signal Group had never done a single, virtual event. They didn’t believe in it. Their business was about creating space where leaders could talk about the things they are struggling with.

“So when the pandemic hit, we had signed paperwork with clients that we offered to tear up because we had no idea when we’d be back in-person doing that work again,” he noted. “And when we moved to online, it was two months of putting the kids to bed, and then setting up all the recording gear and recording all the video sessions that would become our new online program.”

Ironically, Johnathan noted that, 18 months in, the program is the most successful one they’ve ever put together.

Books, Raw Signal Group, and a wildly popular newsletter aside, the couple is well-known for their blog, The Co-Pour, so named for the co-poured whisky at their living room gatherings.

That leads to the burning question: what is their favourite whisky? “Lagavulin Double Matured Distillers edition,” said Johnathan, adding, “but it’s hard to get any at the LCBO.”

He admitted that they forsook whisky over the past summer in favour of rum, and noted that it’s possible to find “phenomenal” rums for half the money. “But we always come back to Lagavulin.”

Can Toronto-based Kiwi Wearables Do for Wearables What Apple Did For Smartphones?

Kiwi Wearables isn’t interested in just building the next fitness tracker, health monitor or home automation tool. They actually want to do all of…