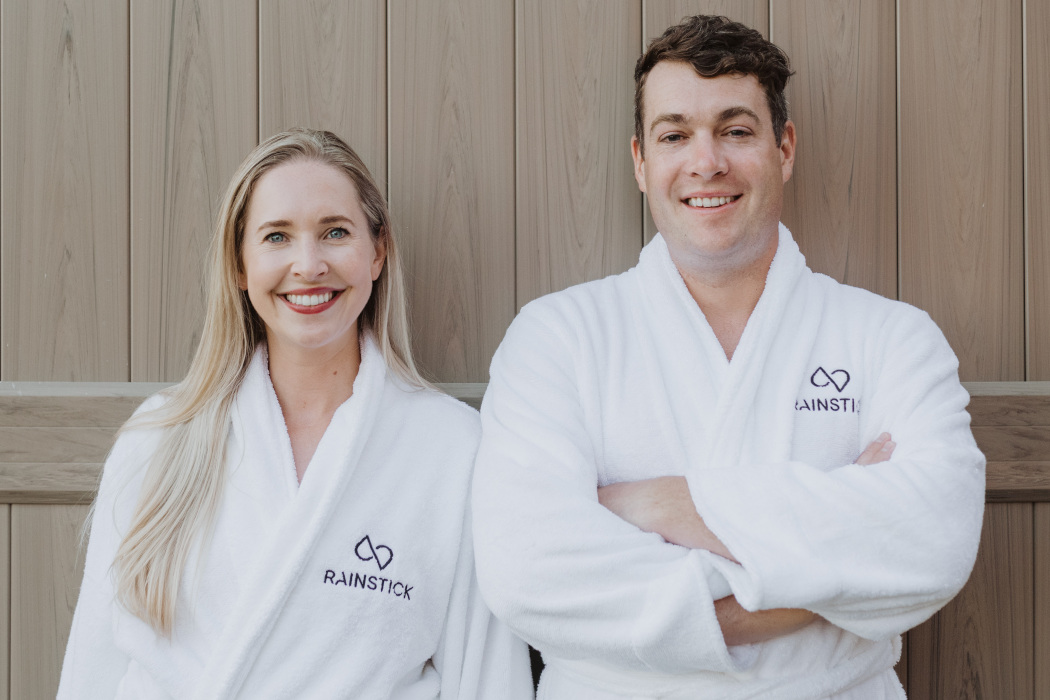 Kelowna-based cleantech startup RainStick Shower has secured over $1 million CAD in seed financing to support the launch of its water-saving smart shower system.

RainStick’s round was supported by Vancouver-based VC firm Red Thread Ventures and a group of impact angel investors aligned with the water and renewables space. This group includes John Rose, who previously served as CEO and president of electric floor heating company NuHeat Floors, which was acquired by Pentair in 2015. Rose has joined RainStick’s board as part of the round.

Around $700,000 of RainStick’s $1 million-plus funding round consisted of equity, while the remainder came from grants, which RainStick secured from the Sustainable Development Technology Canada (SDTC) Seed Fund and Communitech’s Fierce Founder’s Intensive Track program. The fresh capital brings RainStick’s total funding to date to $1.3 million CAD.

The need for Canadians to conserve water has become particularly acute, amid an intense wildfire season, heatwaves, and droughts across the country. Enter RainStick, which has designed a solution to help reduce domestic water usage. Armed with new capital, RainStick plans to refine, certify, and commercialize its smart shower product.

“Right now, we need to be doing more,” Alisha McFetridge, RainStick’s co-founder and CEO, told BetaKit in an interview. “I think there’s a huge opportunity. We’re seeing droughts, forest fires, and I think that I’m really excited about the future of climate tech, and I’m excited that RainStick is one of those folks that are working towards a solution.”

RainStick was co-founded in 2019 by McFetridge and her husband Sean. The startup, which is based in British Columbia (BC) with operations in Ontario, aims to solve water and energy waste in the home with its direct-to-consumer, WiFi-enabled smart shower system. According to Environment Canada, approximately half of water consumption in the home occurs in the bathroom, and showers account for 19 percent of this total.

RainStick’s product draws fresh water from the grid, but instead of sending it immediately down the drain, recirculates it, enabling users to drastically decrease the amount of water and energy used while showering. At the same time, McFetridge claims RainStick can provide almost two times the flow rate, or amount of water per minute, available in the market today.

“We really want to revolutionize the way that people think about water, [while] also allowing people to live a sustainable lifestyle without compromise,” said McFetridge.

The Kelowna-based startup’s new product is timely, as parts of BC, Alberta, Saskatchewan, and Manitoba, and Ontario currently face moderate to extreme drought conditions. These conditions come during a particularly intense wildfire season that has hit BC hard, and experts say might be exacerbated by yet another heatwave.

Experts have connected these droughts and wildfires to climate change. A recent United Nations climate change report sounded a “code red for humanity,” warning that without a significant reduction of our greenhouse gas emissions, global warming could result in grave consequences. Experts also say that given our current trajectory, Canadians can expect to face more heatwaves, fires, and floods in the future. Given these circumstances, the importance of energy conservation has increased.

“We believe RainStick is building important products addressing some of the world’s most pressing concerns,” said Mark Mitchell, principal and director of Red Thread Ventures.

RainStick plans to use its fresh funding to take its first RainStick Shower systems to market. Doing so will involve investing in marketing efforts, product refinement and certification, as well as first batch production. RainStick plans to launch pre-orders for Canada and the United States by the end of September, in advance of its product launch in 2022. The startup said it has already secured over 100 pre-orders.

RELATED: BC Centre for Innovation and Clean Energy to launch in fall with $105 million

McFetridge called RainStick’s smart shower system “an investment” that “pays off in five years or less” for Canadian users, who pay a one-time fee to purchase the system. RainStick also plans to offer a cleaning system that they recommend users of its shower system deploy quarterly.

In the longer term, RainStick aims to roll out its shower product to markets like Europe and the Middle East. According to McFetridge, RainStick is interested in pursuing places with water scarcity or government mandates regarding water usage. The company is also currently working on other products related to water and energy.