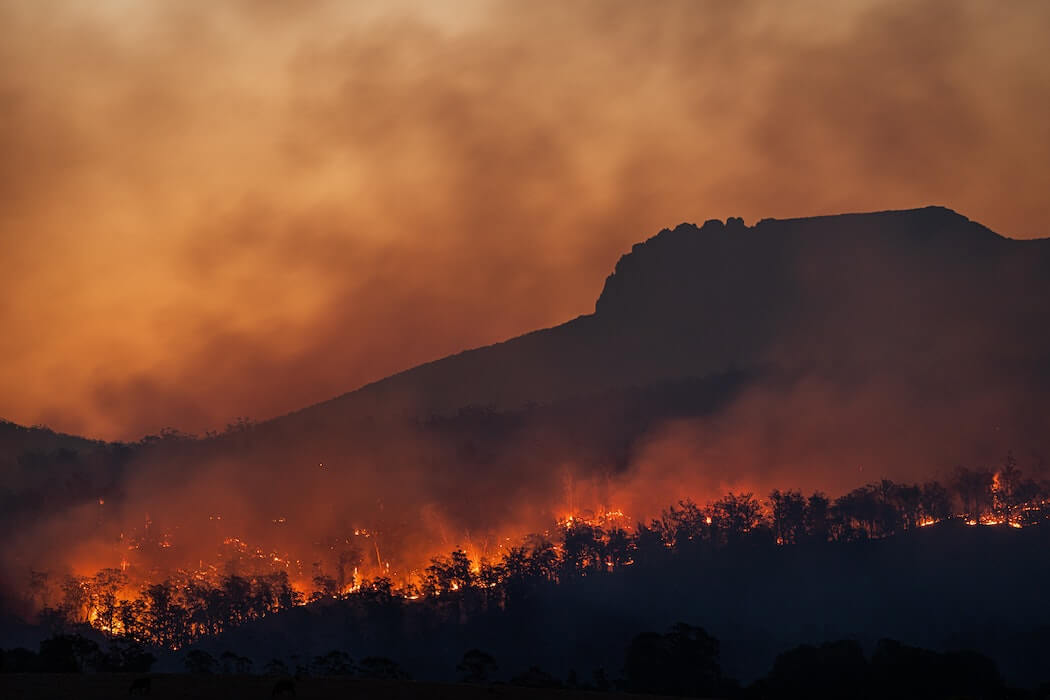 This has been a historic year for tech in Canada, but as news of huge funding rounds and IPOs proliferates, so do stories of heatwaves and wildfires happening across the country, and other extreme weather events devastating communities around the world. As BetaKit’s editor-in-chief, Douglas Soltys put it during a recent panel, “what good is a fresh round of funding when the world is on fire?”

“You have to think about these impacts of climate, and no one can outrun that.”

Soltys made the comment during July’s Patreon-exclusive BetaKit Live event, Solving Big Problems, where he was joined by Bryan Watson, partner at Flow Ventures, Precision.ai CEO Dan McCann, and Laura Zizzo, co-founder of Manifest Climate, to talk about entrepreneurs who are willing to solve today’s big environmental problems.

The panellists covered a range of topics, from sustainable business models for cleantech to the environmental impact of NFTs, but much of the discussion centred around how to make climate goals central to how a business operates.

Manifest Climate aims to help businesses do just that by highlighting climate-related risks and opportunities. When it comes to climate change, said Zizzo, it’s easy to “take the fatalistic approach” about solving it but the CEO is optimistic that, if businesses take it seriously, “we can do it.”

“You don’t start with just understanding your greenhouse gas emissions,” Zizzo said. “You start with saying, ‘What does my business actually do? And how is it going to be impacted by climate?’” She added that executives have started to wake up to the risks of climate change.

Those who wish to view the full BetaKit Live conversation on Solving Big Problems can do so by becoming a BetaKit Patreon supporter.

“No longer are we hearing the CFOs and the CEOs saying, ‘Well I have a sustainability person for that,’” she added. “They now realize, ‘I need to know the story so that I can talk about it.’” But the “story” in this context doesn’t refer to just a marketing campaign anymore, she explained.

Climate is not just a sustainability issue anymore, she added, it’s a strategic issue.

McCann echoed Zizzo’s comments, saying it doesn’t make sense for businesses to do the “small, symbolic things” while ignoring the elephant in the room. But, he pointed out, “the elephants move because of the mice,” and individual actions, like demanding that your local Tim Hortons use sustainably sourced cups, while not very impactful in the grand scheme of things, can grab the attention of large corporations.

While acknowledging that, “you need the mice,” Watson cautioned entrepreneurs against engaging in “climate theatre” without actually undertaking real organizational change. McCann said he liked Watson’s use of the word, theatrics because “no matter what people say with their mouths, what they do with their wallets is actually what enacts change.”

When asked how founders hoping to pitch VCs can plan for the future of their business, Zizzo said it’s about planning for the unpredictable conditions that science says will be the reality in the coming years, which means asking questions like, “Are you flood resilient?” or “Are you depending on supply chains that you shouldn’t be dependent on?”

“You have to think about these impacts of climate, and no one can outrun that,” she said, referencing her recent opinion piece in the Toronto Star, where she wrote, “your low-carbon factory can’t work if it’s underwater!”

The three panellists also discussed the role of government and public-private partnerships in advancing Canadian tech’s ability to solve big problems like climate change and food security and how policy has also impeded progress in some cases.