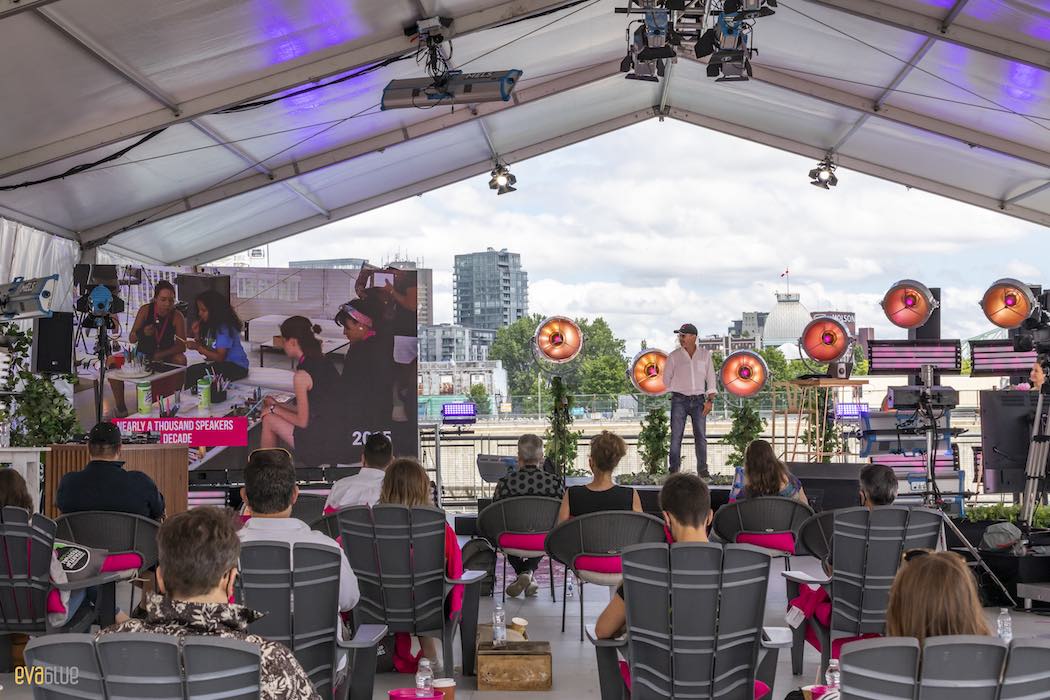 Startupfest has announced the winners of several pitch competitions and awards at its 10th-annual festival, which was held both in-person and virtually due to the COVID-19 pandemic.

Startupfest said it will continue to launch additional prizes in the Fall.

The event was held via a live broadcast with a studio audience in Old Montréal, as a hybrid between an in-person and virtual conference. During the broadcast, Startupfest organized a series of interactions and contests on stage.

In addition to contests, pitching, and discussions, Startupfest 2020 included some notable announcements. On Wednesday, at a virtual fireside chat between Harley Finkelstein, COO of Shopify, and Mary Ng, Canada’s minister of small business, export promotion and international trade, a new initiative called Go Digital Canada was launched to get small businesses online.

It was also announced that following his decision to depart from Real Ventures earlier this year, Sylvain Carle would join financial management firm SecondMuse Capital as a senior director.

Startupfest was one of several Canadian startup and tech events to change plans due to the COVID-19 pandemic. True North, Shopify Unite, and Collision all were either cancelled or held virtually to abide by social distancing recommendations outlined by public health agencies.

More Startupfest winners will be announced in the coming weeks, including the startup that will pitch live at FounderFuel’s demo day this Fall. The tech festival noted that it will continue to launch additional prizes in the Fall. The winners announced Thursday include:

Best of the Fest

Steadiwear, a medical equipment manufacturer based in Toronto, has won $1000 in cash and in-kind services through the

Factually Health, which uses artificial intelligence to score the credibility of health info on the Web, has won a feature on CBC’s Let’s Go with Sabrina Marandola and pitch feedback from CBC journalists.

The prize for this award is a spot in either the Toronto or Montreal 2021 Cohort of Next AI, an accelerator for idea to pre-seed stage AI-enabled startups. WALO, which aims to teach kids the value of money through an app, was named the winner for Montreal. The winner for Toronto will be named next week.

Integral Health, a biotechnology startup, has won a founder spot in the 2021 Cohort of Next 36.

These companies have won spots in Centech’s fall 2020 cohort, an intensive 12-week program starting September 8. MoveMate and Hoppin’ World were named the two winners of this prize. MoveMate has developed a platform that helps users with transportation services during moves, and Hoppin’ World has created a social virtual reality platform.

The two winners have secured admission for into Le CAMP Incubation Program. MoveMate also won in this category, as did Shapeshift 3D, which develops software solutions in the 3D printing market.

This award several offers prizes, including a spot in the finals of Startupfest’s $100k Investment Prize. Eli Health provides hormone monitoring for fertility and contraception.

Education tech startups are popping up in classrooms across the country, trying to enable students and teachers to learn using tablets and web/mobile applications….