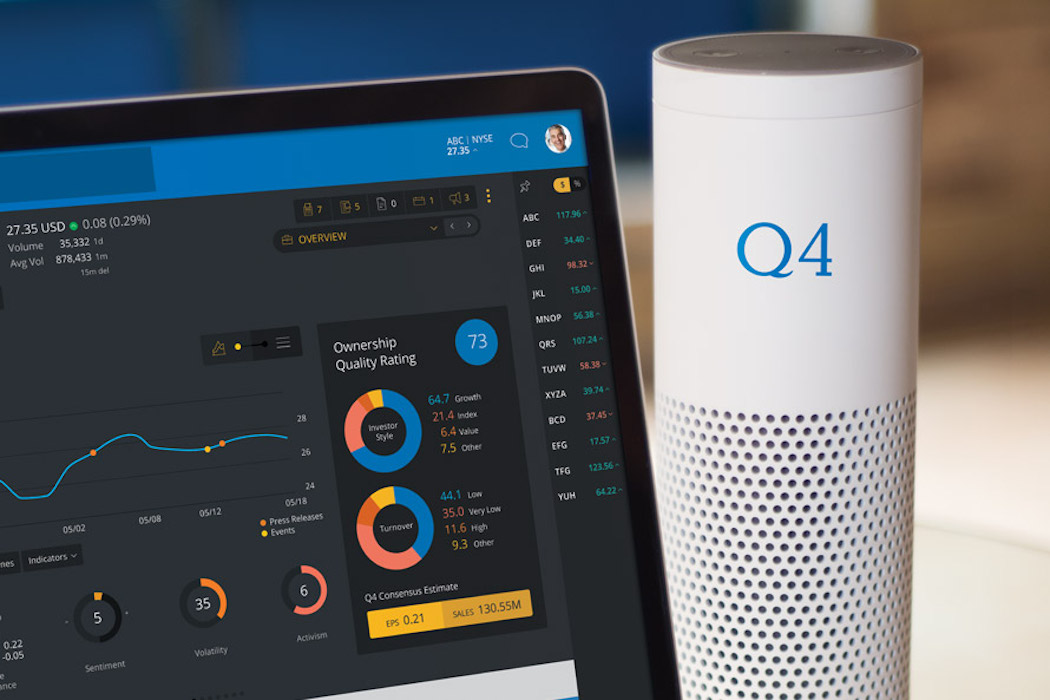 Q4 is listed on the TSX under the symbol ‘QFOR.’ The Toronto-based company is looking to raise $100 million CAD via the sale of 8.3 million common shares at a price of $12 per share. Q4 expects its initial public offering (IPO) to close on or around October 29.

Q4 is part of a growing wave of Canadian tech IPOs.

The company’s shares opened the day at a price of $11.60 CAD apiece, below its revised $12 target, and have since dipped slightly to $11.25 at time of publication.

Q4’s TSX debut follows a process that began when it filed to go public in May, and comes after the firm paused its IPO plans, restarted the process, and then reduced the size and pricing of its planned offering after seeing lower than anticipated demand from investors.

The company’s software platform boasts approximately 2,400 clients, including over half of the S&P 500’s constituent companies, and more than 12 million investor users per month. Q4’s customer base includes firms like Netflix, Visa, McDonald’s, Walmart, Square, Shopify, and Nike.

With its TSX debut, Q4 has joined Toronto-based FinTech firm Propel Holdings, which began trading on the exchange earlier this month after securing $61 million through its own offering. Elsewhere, fellow Canadian tech company and TSX member Nuvei made its Nasdaq debut, scoring nearly $425 million USD.

According to The Globe and Mail, the TSX has seen a record of new Canadian tech IPOs, as 16 firms have gone public since July 2020, compared to 12 IPOs during the previous 11 years ending December 2019.

Q4 initially filed to go public in May, looking to raise $150 million CAD by pricing its shares between $10.50 and $13. These plans would have given Q4 the potential to reach a market capitalization of almost $700 million. However, Q4 put these plans on hold in June due to a contract renegotiation with a then-partner company, which Q4’s leadership did not want to distract from its IPO.

Earlier this month, Q4 resumed preparations to go public, setting a target of $150 million on October 7, announcing plans to price its shares between $14 and $17.50.

Q4’s re-filing revealed Broadridge Investor Communications Solutions had sought to renegotiate its contract with Q4 during the IPO process. Q4 had initially partnered with Broadridge to launch a new virtual shareholder meeting (VSM) product. Following a review of the arrangement, both companies agreed to terminate the partnership, and Q4 exited the VSM business.

In its latest filing, Q4 outlined plans to use its IPO proceeds to repay debts related to its credit facilities and pursue its growth strategies, which include expanding its customer base through investments in sales and marketing, channel partnerships, and product development. Q4 also plans to focus some of its efforts on mergers and acquisitions.