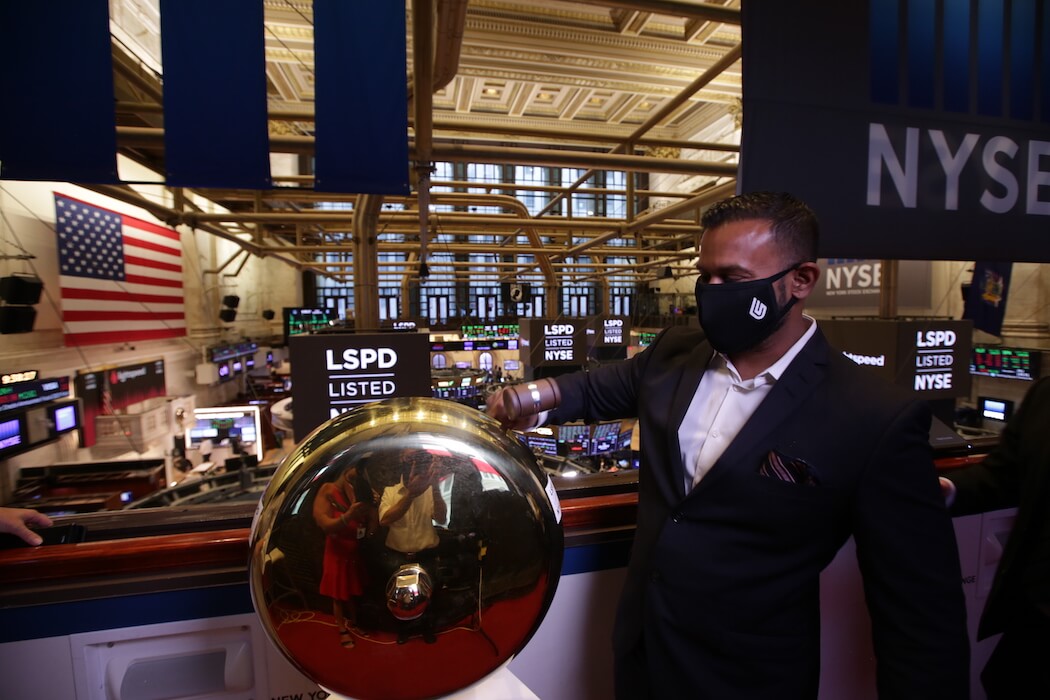 Lightspeed and Nuvei, both Montréal-based tech companies that have recently entered the public market, are continuing to gobble up other companies as part of their acquisition strategies.

Both Lightspeed and Nuvei announced new acquisitions on Tuesday. Lightspeed has completed an acquisition of Upserve, a restaurant management cloud-software company based in Rhode Island. Nuvei announced its intentions to purchase “substantially all of the assets” of Base Commerce, LLC, a provider of integrated payment solutions. UPDATE 04/01/2021: Nuvei has completed the acquisition of Base Commerce.

The announcement of Lightspeed’s acquisition of Upserve comes just shy of a week since it closed its deal to purchase ShopKeep.

In addition to being based in Montréal and having recently made the move to the public market, Nuvei and Lightspeed also both operate in similar spaces; Nuvei has developed payment solutions, while Lightspeed provides a cloud-based point-of-sale (POS) system and other retail-focused offerings.

Lightspeed acquired Upserve for “estimated total consideration” of $430 million, consisting of approximately $123 million in net cash and up to 5,895,365 subordinate voting shares in Lightspeed. The deal is still subject to customary post-closing adjustments. Lightspeed stated that the acquisition strengthens its position as an “industry leader with high-performing restaurateurs across the United States,” notably at a time when those restaurants are being required to create digital dining experiences.

Upserve’s team is set to join Lightspeed and it appears that the company’s technology will also be integrated with Lightspeeds as well. The Montréal company claimed that combining with Upserve will grow Lightspeed’s position in the US hospitality market by an additional 7,000 customer locations generating over $6 billion in gross transactional volume in the twelve-month period ending September 30, 2020.

The announcement of Lightspeed’s acquisition of Upserve comes just shy of a week since it closed its deal to purchase ShopKeep, a New York City-based leading cloud commerce platform provider.

Terms of Nuvei’s deal to purchase Base Commerce have not been disclosed. Nuvei stated that it expects the acquisition to close around December 31. Founded in 2008, Base Commerce is a technology-driven payment processing company specializing in bankcard and automated clearing house (ACH) payment processing solutions. The company serves clients in a wide range of industries, including property management, consumer finance and collections, tolling, parking and transportation, and charitable giving. According to Nuvei, Base Commerce processes approximately $8 billion in ACH volume and more than $2 billion of credit card acquiring volume on an annual basis.

Nuvei stated that the acquisition offers both revenue opportunities and the ability to expands its product capabilities. The Montréal company also stated that the deal diversifies its acquiring portfolio, enhances sponsor bank coverage, and enlarges its distribution network.

As part of Nuvei’s IPO, the company pointed to planned to use the proceeds to fund “organic growth and product innovation initiatives as well as future strategic acquisition opportunities.” Notably, during that time Nuvei was working to close a deal to purchase Dutch payment service provider Smart2Pay. Nuvei announced on November 2 it had officially closed the deal. According to the Q3 report, Nuvei acquired Smart2Pay for $82.9 million in cash and 6,711,923 shares.

At the time, the deal marked Nuvei’s second acquisition over the past year, with Base Commerce now set to become the third. Founded by CEO and chairman, Philip Fayer Nuvei, Nuvei provides payment solutions to merchants, technology, and distribution companies, serving companies in Canada, the United States, Europe, Latin America, and the Asia Pacific region.

“We are thrilled to announce our agreement to acquire Base Commerce, a leading payment solutions provider with a merchant-first philosophy that matches our own,” said Philip Fayer, Nuvei’s chairman and CEO. “This acquisition will significantly expand our product capabilities with a proprietary ACH processing platform as well as further build and diversify our acquiring portfolio, adding high margin verticals.”

“Innovation” is one of the hot buzzwords for both startups and large enterprises; as customer needs and demands change more quickly, the ability to…