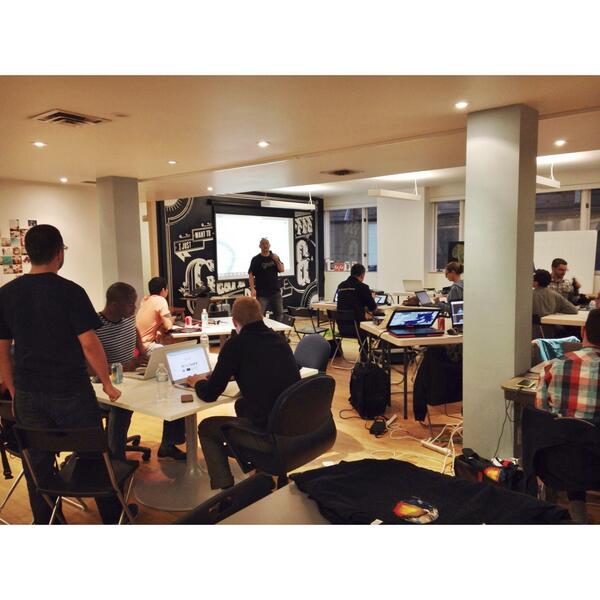 The recently expanded Project: SPACES coworking space organization will throw a demo day for its roughly 150 startups and freelancers on Friday June 13. Six companies have been selected to showcase their ideas.

It won’t be a glitzy accelerator-type demo day, with tons of high-powered venture capital investors cramming in the door, but it still represents a significant milestone for the organization. It grew from one startup at Bathurst street’s Project: RHINO (themselves) to the dozens that currently fill up both RHINO and Project: OWL, on 20 Camden street.

“This has been a long time coming,” said cofounder Neil Martin. “We’re extremely proud of all these founders, and I know they’re excited to show what they’ve been working on.”

In true Project: SPACES fashion, the event will be organized more along the lines of its “Drinks+Demos” series, where cofounder Jeff Howard often moderates panel discussions with notable Canadian entrepreneurs, or one-on-one discussions. Each of the six companies at next month’s demo day. “We’re doing this #DrinksDemos style – each founder will be sitting down for a fire-side chat with Jeff, beers on us and all that fun stuff. It’s our first ever demo day, and we’re pretty damn stoked about it,” said Martin.

Here’s the six companies that will pitch to an expected crowd of about 200:

CANVAS – Founded by Vanessa Lee, Canvas is a new and exciting way to blog.

WISEWORDS – Founded by Dawson Whitfield, Wisewords is a platform that connects students with the people doing their dream job for 1-1 advice.

HOTSAUCE – Founded by Tehsin Bhayani, HotSauce solves #foodieproblems by helping you choose the best dish for you from the menu.

WUTZWHAT – Cofounded by Aaron Tench and Emery Bishop, Wutzwhat is an urban curation app that helps you get the most out of big city life.

IPPINKA – Founded by Jerry Chang, IPPINKA curates distinctive products from around the world for people who truly appreciate design.

Each founder will share their story and reveal what inspires them, also giving a behind-the-scenes look. The event kicks off at 6pm and space is limited.

Read Also: With a Second Coworking Space on Tap, Project RHINO’s Meteoric Rise Has Been Nothing Short of Inspiring