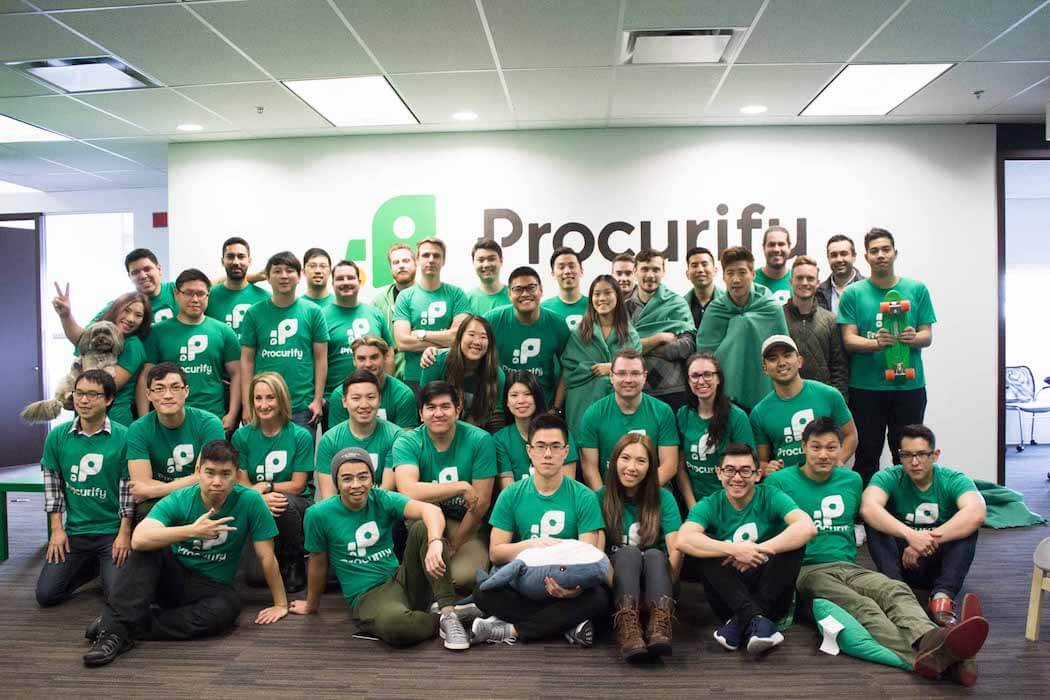 Procurify, a spend management software solution for businesses, announced today that it has closed $26 million CAD ($20 million USD) in a Series B funding round.

The Vancouver-headquartered company plans to use the funding to scale through new sales and marketing initiatives as well as expanding its international market offerings. The company also stated plans to continue to grow its employee base, which currently sits at more than 100.

“The way organizations are managing their spend has evolved and changed throughout the years.”

The Series B round was led by Toronto-based Information Venture Partners and saw participation from BC Tech Fund managed by Kensington Capital, HarbourVest Partners, Manulife, as well as return investor Palo Alto-based Runa Capital.

“We are so grateful to embrace the next stage of Procurify, and to have some of the top investors and leaders in US and Canada believe and support our mission of reinventing the way organizations spend, to transform the Spend Cultures of businesses around the world for the better,” said Aman Mann, co-founder and CEO of Procurify. “The way organizations are managing their spend has evolved and changed throughout the years, and the landscape of business tools need to keep up with that evolution.”

Procurify’s stated goal is to help organizations “reinvent” the way they spend money. It works with them to make spending and purchasing easier by helping companies understand, organize, and align spending with their “core values and business objectives.” Its products include purchasing workflows, real-time budget tracking, spend analytics, expense management, customizable approvals, as well as mobile request, approve, receive services.

Procurify, which claims to have more than $7 billion USD annually of its clients’ spend management through its platform, currently has offices in both Vancouver and San Francisco. Founded in 2012, Procuriify has raised around $32 million USD in overall funding to date, with $7 million in a Series A round in 2016 and a $4 million round in 2015. Some of the company’s former investors include BDC, Highline, as well as Hootsuite’s Ryan Holmes, and Mark Cuban.

Along with its new funding round, Procurify also announced that it recently brought on two new team members as the company looks to double down on its development and engineering. Simon Stanlake, former CTO of Hootsuite, joined as senior vice president of engineering, and Eric Bin, former director of product at legal software company Clio, joined the Procurify team as VP of product.

The company also noted that it will be releasing new programming in the near future, including a prepaid card program and a series of educational roundtables and events for CFOs.