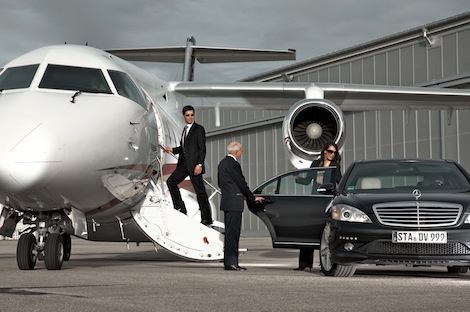 iNovia Capital partner Chris Arsenault said he was sitting down at dinner last night with a Canadian entrepreneur in Silicon Valley. The entrepreneur said that just recently a partner at one of the huge Silicon Valley venture capital firms had got in his private jet, flew over to Waterloo, picked him up, and returned to California. It was all to woo the entrepreneur, showing them the grand possibility of taking [enter firm name here]’s money.

“And all I could do was pay for dinner,” laughed Arsenault.

The story is significant because of a New York Times piece published on Wednesday, entitled “Venture Capitalists Treat Entrepreneurs as Royalty“.

“A trip to an island resort by seaplane. Exclusive soirees with business titans and celebrities. An offer to share in investment profits, with no need to put capital at risk. These are just some of the inducements that venture capitalists have recently bestowed on the entrepreneurs who run the startups they have invested in – or used as a carrot to lure new entrepreneurs to their portfolio,” read the piece.

Naturally I bulked at the subject matter, given the things I regularly see at tech events here in Canada: VC’s sometimes hiding so they don’t have to listen to another weak pitch, over-intently-eyed entrepreneurs aggressively butting into circles to talk to an investor, misguided social behaviour forgiven in the name of “hustle”.

Surely the power structure must run in favour of the VCs, right? For those who bet in tons of unproven companies, many of which have achieved nothing, they’re the gatekeepers, the gods, the ones who can ask, “what have you done for me lately?”.

Maybe not. Arsenault largely agreed with the article.

Competition is fierce among investors, wrote the Times, “to gain access to the startups that are seen as most promising, giving entrepreneurs the leverage to demand rich terms and additional voting power.”

And then there’s the heavier amounts of seed capital these days – in the US, $17.3-billion in the first half of the year, compared with $7.7-billion raised in the period a year earlier, according to Thomson Reuters and the National Venture Capital Association.

For Arsenault, it’s all about “IRR”, or Internal Rate of Return, or basically how much money the firm is going to reap from the deal. They spend much of their time helping, even courting those entrepreneurs that will bring them a high IRR, which isn’t many of them.

That’s the reality we live in, he said, so VC funds all have the same goal, which is finding those few entrepreneurs that are going to make a huge difference.

As the Times article read, “To persuade entrepreneurs to accept their money – and distinguish themselves from rival investors – venture capitalists are offering all manner of perks, which some finance experts interpret as a sign of an overheated market.” Like an arms race, said one commenter.

For Canadians, Arsenault only sees it as a good thing- at least these high-powered investors are recognizing Canadian talent, regardless of whether their shiny possessions they throw around in pursuit of an entrepreneur are nothing more than a College football powerhouse throwing booster money and promises at a blue-chip high school recruit.

But Arsenault said that some of his best-performing portfolio companies are with him because he fought to be their along their side for months and months before offering money. “It was relationships that brought us into a deal,” he said of Luxury Retreat‘s Joe Poulin.

He said its more than just the shiny toys, the jets and the trips. It’s about being more than an investor and doing more than just giving money. It was doubtless the familiar refrain we hear from every VC, but coming out of Arsenault’s mouth one gets the feeling he’s genuine.

“My goal is to become the best parter for an entrepreneur, and if we have a fit, we’ll be the best partner,” he said. “That’s the message that I’m trying to put forward- it doesn’t really matter if we pay for expensive trips for entrepreneurs. What matters is whether the VC is going support you, be a good partner when you’re having trouble and whether they’ll be someone who will listen to you, not bitch at you when you’re not hitting your milestones.”

Something tells me that Arsenault’s meagre offering of paying for a dinner with that entrepreneur may have resonated more than the expensive jet trip, whether he was trying to invest or not.

TD has unveiled a new service to customers who use its mobile app that aims to make banking a bit easier, and possibly reduce…