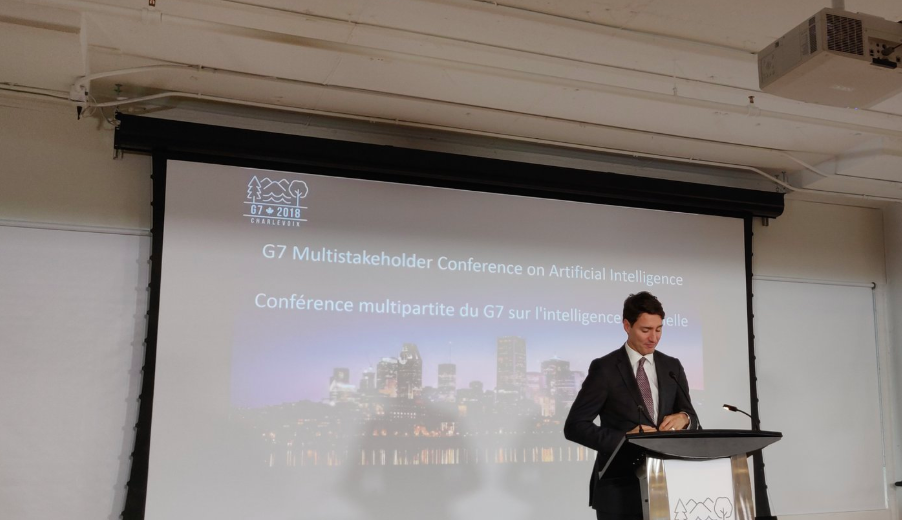 The investment is expected to create more than 16,000 jobs and add more than $16 billion to the economy over 10 years. The supercluster is dedicated to retail, manufacturing, transportation, infrastructure, and information and communications technology sectors to build intelligent supply chains through artificial intelligence and robotics.

The goal is to position Canada as a global export leader. The latter has been a key focus as of late with the appointment of a new Export Minister and an Export Diversification Strategy that will invest $1.1 billion over the next six years.

Super proud that we launched our 5th and final #Supercluster, SCALE AI with @JustinTrudeau. It will bring several economic sectors together & enable Canadian SME's to scale up and be more competitive exporters. This will be an engine of growth and job-creation. @g7 @MTL_Ville https://t.co/K5FYyJEiWT

“Today’s announcement is an important step toward making Canada an export and AI leader,” said Trudeau. “Our government launched an ambitious strategy to keep this sector competitive in the long-term, and support Canada’s innovators. Together, we can build an innovation economy – one that benefits everyone and provides new opportunities for the middle class to succeed.”

The Canadian government has been announcing the deployment of funding for the superclusters throughout the past month, including three superclusters in mid-November and BC’s supercluster by the end of the month.

“From farmers increasing their crop yield to citizens accessing health services, artificial intelligence has the potential to improve the life of every Canadian,” said Navdeep Bains, Minister of Innovation, Science and Economic Development. “Our government’s focus is providing businesses with the support they need to thrive and create jobs, equipping Canadians with the tools to seize these opportunities, and ensuring AI advancements reflect Canadians’ values.”

OMERS Ventures founder John Ruffolo has been paralyzed from the waist down following a cycling accident that took place in Markham, Ontario last week….