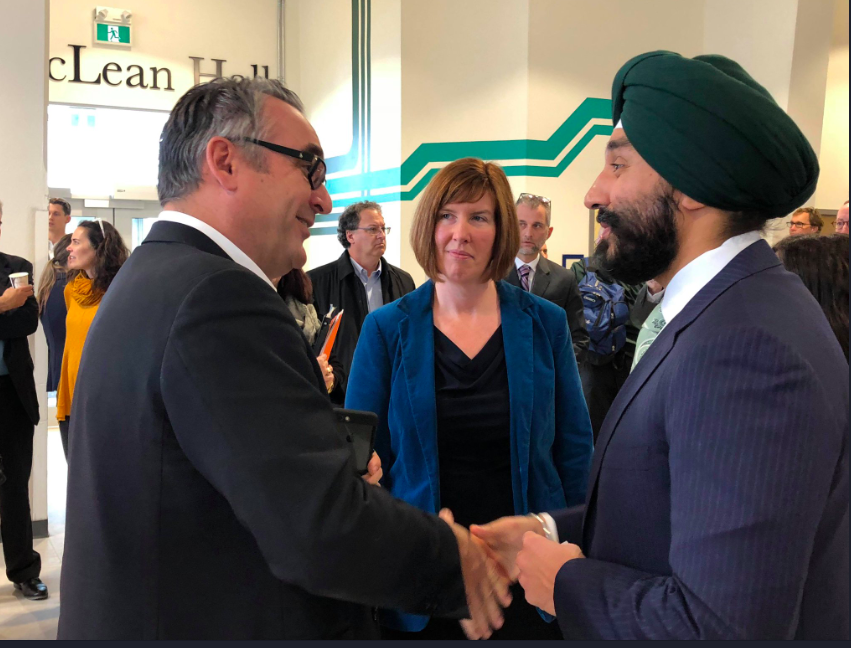 The Canadian government has confirmed funding to three of its five planned superclusters.

The Globe and Mail had previously reported that announcements were set to start rolling out last week. The Ontario-based Next Generation Manufacturing Supercluster (NGen), which is dedicated to encouraging collaboration between the technology and manufacturing sectors, will receive up to $230 million. The Ocean supercluster in Atlantic Canada will receive up to nearly $153 million, while the Prairies-based Protein Industries Supercluster focused on building plant proteins will also receive up to nearly $153 million.

“Our government is building on Canada’s strengths in advanced manufacturing to ensure we remain competitive in the global economy,” said Innovation, Science and Economic Development Minister Navdeep Bains. “By bringing together small, medium-sized and large companies, academic institutions and not-for-profit organizations, we’re making connections and stimulating innovation that will create thousands of middle-class jobs and grow the economy.”

Funding for the other two superclusters—Quebec’s SCALE.AI supercluster and BC’s Digital Technology supercluster—are set to be announced next month, according to The Globe and Mail.

Announced in 2017, the government’s supercluster strategy allotted $950 million to consortia made up of non-profits, the private sector, and post-secondary institutions, with government contributions getting matched by the private sector. Winning superclusters were announced in February 2018, and the government hopes to create 50,000 middle-class jobs and grow Canada’s economy by $50 billion over the next 10 years.

As more app developers drop support for the Apple Watch, it’s increasingly looking like the Apple’s wearable is evolving into a smartwatch that’s great…