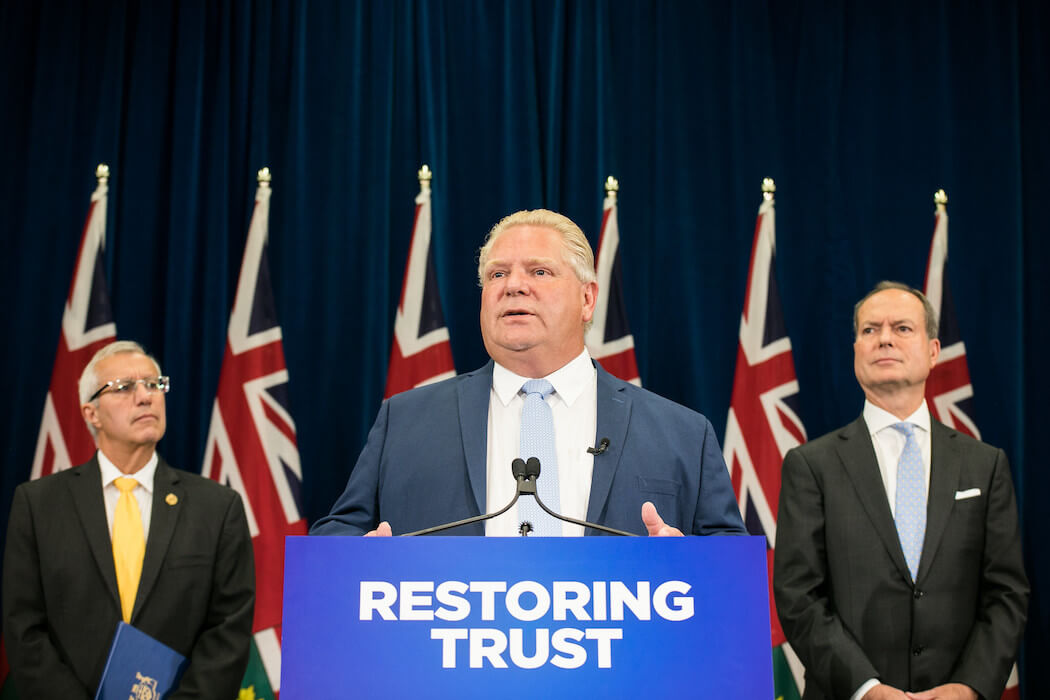 The Government of Ontario is committing $100 million, $40 million of which is new, towards a new fund of funds focused on supporting high-potential tech companies in the province.

Minister of Economic Development, Job Creation and Trade Vic Fedeli is set to announce the move Wednesday morning. The new Venture Ontario Fund will be tasked with dispersing the $100 million to venture capital funds focused on “high-growth sectors where Ontario has a competitive advantage,” such as life sciences, medical devices, clean technology, information technology, and artificial intelligence.

“A dynamic and vibrant venture capital market will be essential for Ontario to stay ahead.”

The $100 million includes a $60 million commitment made in 2018 under the Ontario Liberal Party and $40 million of net new capital. According to a spokesperson for Minister Fedeli’s office, none of the $60 million has been allocated since it was announced in 2018.

“The $60 million announced in 2018 by the previous government was a soundbyte, with no plan behind it,” the spokesperson said. “The new Venture Ontario Fund leverages the $60 million, plus an additional new $40 million, enabling the OCGC to provide up to $100 million in much-needed venture capital to Ontario companies.”

Fedeli called a strong venture capital market an important part of the province’s economic recovery. “As our global competitors emerge from the COVID-19 crisis, they will be working in overdrive to attract investment and spur economic recovery,” he said in a statement to BetaKit. “A dynamic and vibrant venture capital market will be essential for Ontario to stay ahead.”

“The timing is very, very critical,” he said in an interview. “I think that a dynamic and vibrant VC market, that’s going to be central to us not just keeping up but staying ahead and coming out as a world leader.”

“This was really important that the province of Ontario be there,” Fedeli added. “Our tech clusters are strong, there is no question they compete with California, Massachusetts, really everywhere, but our venture capital ecosystem is less mature, and quite frankly, smaller by comparison. So we feel that there’s a continued role for government to support those high-growth firms, and helping them with their scaling up.”

“Access to capital plays a critical role in accelerating the growth of innovative start-ups and entrepreneurial firms into medium and large companies,” said Steve Romanyshyn, president and CEO of OCGC. “With a diversified portfolio of funds, OCGC continues to provide a market-based approach to help develop high-potential technology companies and strengthen our economy.”

The Ontario Venture Capital Fund (OVCF) launched in 2008 with $205 million in capital commitments, of which $90 million came from the Government of Ontario. Managed by Northleaf Capital, OVCF has invested in the likes of Georgian Partners, Golden Ventures, Relay Ventures and Lumira Capital. It has also made co-direct investments into notable Ontario companies like Achievers, BlueCat, and Shopify. The Ontario government has not stated whether it will be looking for matching, private limited partner investments for the Venture Ontario Fund as it did with OVCF.

OETF, the province’s direct, co-investment fund has also been operating since 2009. It committed $105 million in investments and has completed its active investment period. The fund focused on early-stage investment and has a portfolio that includes Ecobee and Igloo.

The Government of Ontario has also made other venture capital commitments in the past. In 2014, the province, along with the federal government, helped create the $300 million Northleaf Venture Catalyst Fund. The federal government’s commitment to the fund came through the Venture Capital Action Plan (VCAP), the predecessor to Venture Capital Catalyst Initiative (VCCI). The federal programs, focused on fund of funds investing, have helped spur venture capital fund investments across the country, attracting matching capital from provincial governments. Québec is another such example, working with organizations like Caisse de dépôt et placement du Québec (CDPQ) and Investissement Québec to make fund of funds investments.

The new $100 million commitment to the tech sector comes amid a time of heavy investment and growth in the industry. Over the past year, the Canadian tech sector has seen strong gains, buoyed by later-stage investments and public listings. Ontario has long been a hotspot for tech in the country. According to the Canadian Venture Capital and Private Equity Association (CVCA), Ontario accounted for close to half of the $4.4 billion in venture capital invested in 2020.

The Ontario government has continued to make commitments to the tech sector over the past couple of years, despite widespread cuts in 2019 that caused concern in the ecosystem. While the Ontario 2021 budget focused on pandemic recovery, commitments include a focus on tech to do so and $400 million to create the Invest Ontario Fund. The fund is run by the newly created investment attraction agency Invest Ontario and has an initial focus on advanced manufacturing, technology, and life sciences.

“Innovation is a critical element of Ontario’s economic growth; helping to create jobs and fueling the province’s post-COVID-19 recovery,” said CVCA CEO Kim Furlong. “The creation of the new Ontario Venture Fund is a testament to the fantastic investment opportunity in the province and the Government of Ontario’s commitment to providing entrepreneurs access to the capital needed to scale.”

CanCon Podcast Ep. 61: Is it wrong to encourage young women into STEM careers?

After a unanimous panel verdict of “cautiously optimistic” last week regarding Canada’s #Budget2017, the CanCon podcast delves this week into a different strand of…