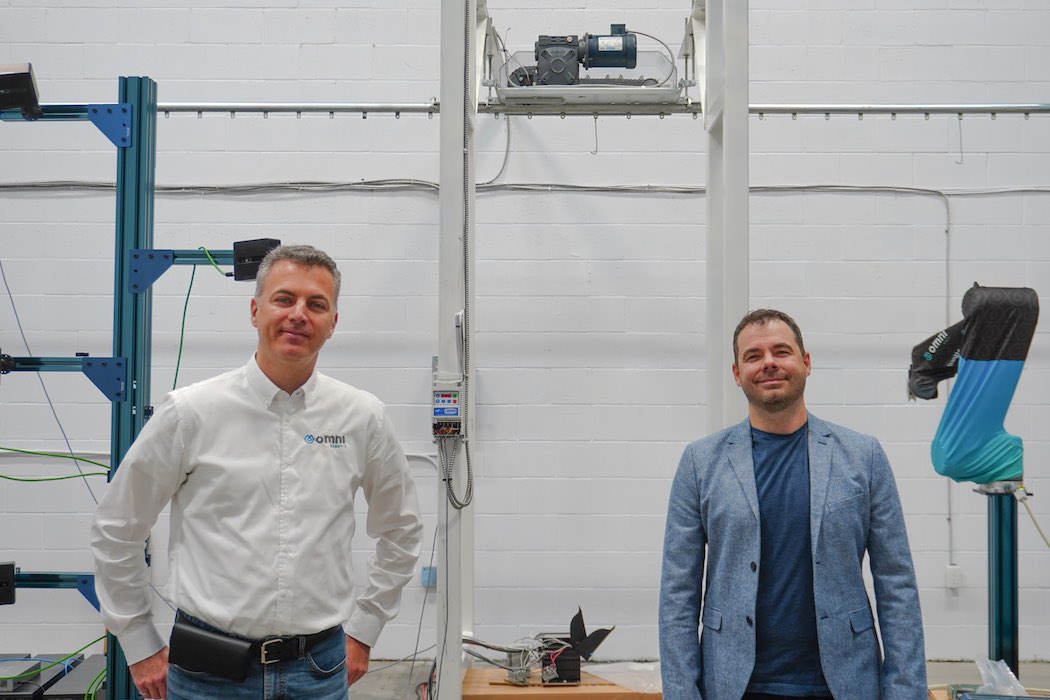 “The next phase is more about growing the customer base and improving the platform.”

Fonds de solidarité FTQ (Fonds) and Export Development Canada (EDC) led Omnirobotic’s round, while other participants included previous investor Real Ventures and a joint venture involving Omnirobotic’s employees that holds equity and rewards it to employees as they pay into it.

EDC participated in this round through its $250 million investment matching program, launched in April. The program deploys matching capital in companies that are raising funding from the private sector, including institutional investments, venture capital, private equity, and corporate partnerships.

The new capital will be used to continue building Omnirobotic’s autonomous robotic capabilities for production environments. The startup intends for its robots to see, plan, and execute processes such as painting, welding, and machining, with limited human oversight.

“We started with industrial paint, but paint is just the beginning,” said Omnirobotic’s CEO Francois Simard. “Our investors believe in our plan to build the definitive AI platform for factory robots. This won’t just unlock robotics for the entire manufacturing industry, but will
also make costly, extensive, painstaking robot programming a thing of the past, paving
the way for a new era of autonomous manufacturing.”

Founded in 2016 by Simard and Laurier Roy, Omnirobotic’s platform is aimed to allow manufacturers to overcome skilled labour shortages and reduce the environmental impact of their production processes. Existing investors in the startup include Element AI and Genik.

Omnirobotic raised a $1 million seed round of financing in 2018. The company is currently touting its latest round as seed financing as well, attempting to re-classify that 2018 round as pre-seed. Omnirobotic told BetaKit the 2018 funding was used to support the marketing and development of the company’s first product.

Although Omnirobotic has gone to market, Simard told BetaKit the company only has a few customers in key market segments. The CEO the technology first needs to be demonstrated to potential customers through an automation project, which can take up to 18 months to finish. Shortening this time period to six months is a key goal for the company following its recent raise, he added.

“The next phase is more about growing the customer base and improving the platform to make that a lot easier and faster to create those projects,” Simard said.