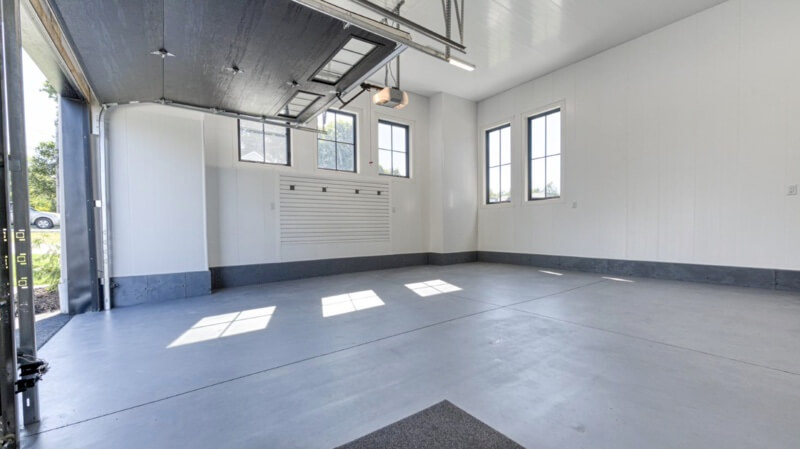 Trusscore, a material science startup that makes sustainable alternatives for traditional building products, announced a $26 million CAD Series A funding raise. The startup is the first company to receive funding from Round13 Capital’s new Earth Tech Fund that backs companies with matching environmental and commercial mandates.

Other investors included Garage Capital, and a number of undisclosed technology entrepreneurs from the Waterloo region. The round closed on October 12.

Trusscore CEO Dave Caputo said the new capital will be “rocket fuel” for the company’s growth.

With the funding, Trusscore plans to enlarge its staff, increase its marketing, and fund new equipment for the manufacturing arm of the business.

Of the $26 million, $21 million is new capital. The company raised $5.33 million in an oversubscribed seed financing round in May 2020. Caputo noted that the $5.33 million was a simple agreement for future equity that rolled into the new round of financing.

With the new financing, Caputo claimed that Trusscore has achieved an eight-figure valuation.

Trusscore uses nanotechnology and material science to create new building products, including its Wall&CeilingBoard, a high-strength polymer alternative to drywall.

Caputo said 26 billion square feet of drywall is used in construction every year. Of that, some 18 to 20 percent ends up at the dump as leftovers after installation. Captuo pointed out that a normal 2,000 square foot home contains about 16,000 pounds of drywall, meaning that about 3,000 pounds lands in the dump.

“When you smell that sour gas smell at the dump, it’s not rotting food; it’s gypsum and water creating hydrogen sulfide,” said Caputo, who wants customers to think of Trusscore as a drywall alternative.

Round13 Capital general partner Craig Strong said that as a company disrupting the status quo in a legacy industry that causes millions of tons of waste annually, Trusscore was the perfect first investment with which to launch the company’s new Earth Tech Fund.

“Our new Earth Tech Fund is our first environmental, social, and corporate governance fund. We created it specifically to accelerate the growth of companies that have made a commitment to the environment and have sustainability as a strategic business imperative,” Strong added.

Bruce Croxon, a partner at Round13 Capital, told BetaKit the fund has $175 million committed and that his firm will be “adding to that over the next year.” Croxon added that they have another company investment deal in the works.

The startup has already hired a large and growing research and development team of PhDs, post-doctoral students, nanotech chemists, and material scientists. At the same time it’s grown its marketing team, and employs a variety of marketing techniques from content marketing to digital.

Caputo said it’s simpler than ever before to synthesize a nano-material and come up with new formulations and products. At the same time, he pointed out that Trusscore’s marketing has undergone a revolution in the last 15 years with new techniques. According to Caputo, Trusscore is taking those two things, nanotechnology and advanced marketing, and applying them to creating and selling a drywall alternative.

There’s no question that Trusscore is in a capital-intensive business. In July, Trusscore expanded its manufacturing and distribution capability by acquiring Calgary-based Westech Building Products, complementing manufacturing operations in Dayton, Ohio and Palmerston, Ontario.

Trusscore itself is a restart of a legacy manufacturing company that was in the business of polymer extrusion. The company became Trusscore when Caputo joined in 2019, and expanded the startup’s investment in research and development.

“We’re taking a traditional manufacturing business and really adding the R and D of material science and the new way of doing digital marketing, and marrying those together,” Caputo said, who noted that the supply chain issues and building materials shortages throughout the pandemic created some challenges.

Before the pandemic, one of Trusscore’s products consisted of barriers created for the agricultural market that were designed to keep animals physically separated in order to keep disease levels down.

At the start of the pandemic, Trusscore faced a decision as to whether it should shut down. Instead, the startup took a challenge and turned it into an opportunity. “We thought, humans are animals. Why don’t we create separation at a point where everybody is terrified to visit an emergency room?” Caputo recalled.

Trusscore came up with a product related to their agricultural barrier for animals, and deployed it in emergency rooms across North America. TempWall consists of modular panels that can be rearranged, and which have an antimicrobial coating. At one point, during one of his updates on the pandemic, Prime Minister Justin Trudeau gave a shout-out to Trusscore for the product, according to Caputo.

The startup recently received a contract to use TempWall to help keep Afghan refugees coming into the United States quarantined.

As successful as that’s been, Caputo noted: “The residential market has been really good for us.” In Canada, Trusscore sells its product through traditional hardware stores, while in the US it is found at many lumber yards. The drywall is eight to 20 feet long and requires a flatbed truck and forklift for delivery.

In a 2020 blog post, AG Chemi Group posted: “nanoparticles can provide real-world improvements in the construction industry, making buildings better, stronger, and perhaps most importantly, greener, and provides a number of examples.

Caputo noted that it’s been a “great adventure” taking everything he’d learned previously at video networking company PixStream (sold to Cisco for $554 million in 2000) and broadband company Sandvine (acquired by Procera Networks for $562 million in 2017), and applying it to a new industry. “It’s been a blast,” he said.