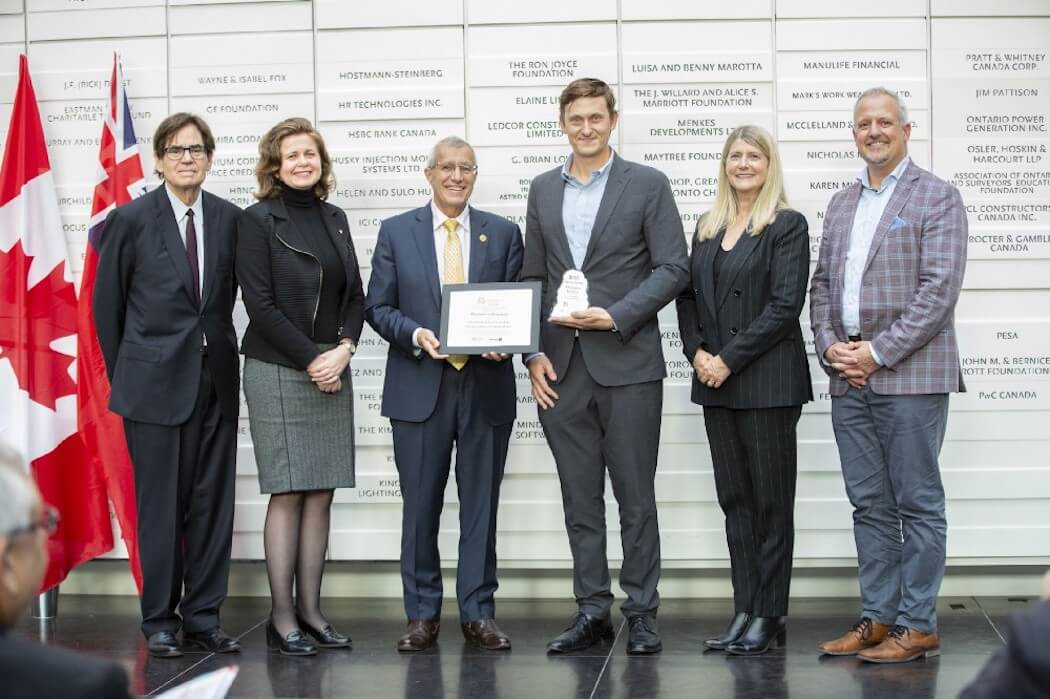 The Ontario Centres of Excellence (OCE), the non-profit which delivers much of the Government of Ontario’s economic development programming, is in for a brand refresh and change to its governance relationship with the province, BetaKit has learned.

The OCE may see its name changed to the Ontario Centre of Innovation, an OCE spokesperson told BetaKit. OCE was originally created in 2002 when the Conservative-led government merged seven separate non-profit centres into one entity.

“[This] will bolster the Province’s capacity to advance key COVID-19 recovery and other economic priorities.”
– Spokesperson, Minister Fedeli

The spokesperson noted the changes have yet to be approved but have been introduced as part of resolutions that are being voted on by OCE’s around 150 members at its annual general meeting (AGM) taking place on November 20. Update: Members voted to approve the name change on November 20. Over the coming months, OCE will transition to the Ontario Centre of Innovation (OCI).

The potential brand refresh for OCE comes as Premier Doug Ford’s government announced legislation as part of Ontario’s 2020 budget that outlines a change in the province’s governance of OCE.

The proposed Innovation Centre Governance Act, if passed, would increase the number of seats the minister of economic development, job creation and trade can appoint to OCE’s board of directors. The legislation would permit the minister to appoint up to six members to OCE’s 13-member board.

Typically, 12 seats were elected by OCE’s members, with one seat set aside for the organization’s CEO.

According to 2020 budget documents, the intention behind the legislation is to “strengthen [OCE] as a central player in Ontario’s innovation ecosystem.”

OCE’s mandate will not be affected by the brand and governance changes, the OCE spokesperson told BetaKit, noting that the organization will continue to deliver economic development programming and funding for the province, focused on innovation.

Claudia Krywiak, president and CEO of OCE, noted in a statement to BetaKit that her organization welcomes the changes.

“We applaud the Government of Ontario’s ongoing commitment to innovation and by strengthening our long-standing partnership we are helping ensure that Ontario businesses have the support they need to innovate and compete globally,” she said.

Talks between the province and OCE regarding the brand refresh have been taking place over the last year and a half, the OCE spokesperson indicated.

Dealings between Ford’s government and OCE have evolved over the last year, following cuts laid out in the 2019 provincial budget. The April 2019 budget made significant cuts to the Ministry of Economic Development, Job Creation and Trade, which is responsible for the majority of the provincial government’s file on innovation and tech sector funding, including OCE’s funding.

The budget was the first for Ford’s government, which was looking to create its own, new vision for economic development in the province after the Liberal Party’s more than 15-year tenure.

The cuts to the ministry led to a number of innovation hubs laying off employees and re-evaluating programming – OCE among them. An OCE spokesperson told BetaKit last year that OCE saw its base funding cut from $31 million to $13.9 million. This led to the agency laying off nearly half of its staff and implementing major reductions in programming.

At the time, OCE also confirmed it had 57 employees following the cuts. That number has since increased to 63 full-time and contract employees.

Notably, two months after the release of the 2019 budget, then-finance minister Vic Fedeli was moved to minister of economic development, job creation and trade – reportedly related to the unpopular cuts.

Regarding the expected changes for OCE, a spokesperson for Minister Fedeli told BetaKit, strengthening the province’s relationship with the OCE will support the government’s “coordination of innovation initiatives.”

As part of the 2020 budget, the province allotted funding for OCE to attract international startups to Ontario.

“[This] will bolster the Province’s capacity to advance key COVID-19 recovery and other economic priorities across all of Ontario’s regions where OCE exists and does business,” the spokesperson added.

The spokesperson also expressed support for the OCE rebrand, noting that it “reflects [a] long-standing legacy, while bringing their brand into the 21st century as a key facet of Ontario’s world-class innovation ecosystem.”

Fedeli’s office also did directly not respond to questions about whether OCE will see any changes to its funding for 2020/2021.

As part of the 2020 budget tabled on Thursday, the Government of Ontario allotted a portion of funding for OCE to help build out a program to attract international startups to the region; laying out $3.75 million over two years for a program run by OCE and Toronto Business Development Centre, a non-profit organization that also provides startup programming.

The $3.75 million program is meant to attract international startups, initially focused on emerging companies from India. According to Startup India (a federally-run initiative), India has the third-largest startup ecosystem in the world. It claimed approximately 50,000 startups in India in 2018, between 8,900 to 9,300 being tech companies.

Decisions about OCE’s rebrand will be decided following a vote by its members, which includes former board appointees. The changes to provincial governance would come into effect based on the passing of the Innovation Centre Governance Act legislation.

“We look forward to working together with our government, industry and academic partners in the coming days and months to help Ontario’s businesses recover and prosper,” said Krywiak.

UPDATE 23/11/2020: This article has been updated to denote that as of November 20, OCE is officially set to change its name and branding.