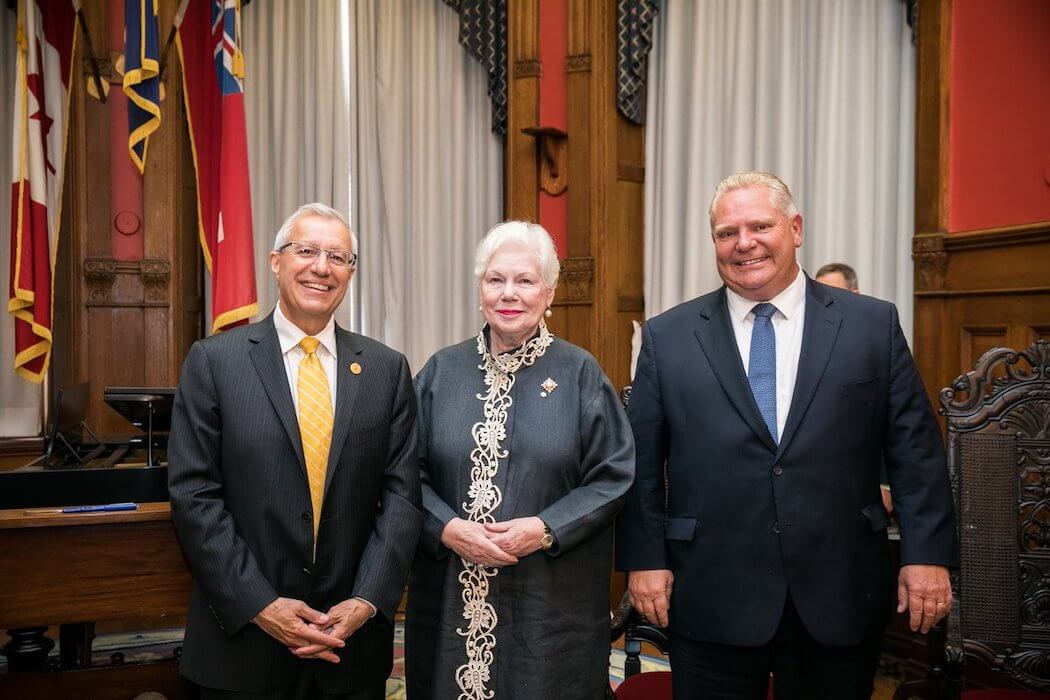 Victor (Vic) Fedeli has been removed as Ontario’s finance minister, and will now take on the role of minister of economic development, job creation and trade, the ministry responsible for the majority of the provincial government’s file on innovation and tech sector funding.

Sources were especially wary in light of the ministry’s upcoming mass programming review set to take place in the fall.

This “demotion”, as it has been called by many, is one of several that took place during Premier Doug Ford’s cabinet shuffle, announced on Thursday. Fedeli will replace Todd Smith, who served as the interim minister of economic development, job creation and trade, after predecessor Jim Wilson was asked to resign from his post in November 2018 following allegations of sexual misconduct.

Questions arise about what personnel change could mean for the Ontario tech sector, which has recently seen unfettered cuts, causing a number of innovation hubs to lay off employees and re-evaluate programming.

While Fedeli’s intentions and opinions on the ministry’s file are yet to be determined, government relations specialists who spoke with BetaKit expressed concerns about what his new appointment might mean for tech and innovation in the province. Sources were especially wary in light of the ministry’s upcoming mass programming review set to take place in the fall. One source also expressed dismay given the amount of work Ontario’s innovation hubs had put into building relationships with Smith, which they stated was going well despite the number of cutbacks.

Some of these included cuts to municipalities, which came more than a third of the way through the province’s fiscal year. Sources speaking to Postmedia have said the premier was “particularly upset” over how those cuts were handled.

“There’s no better salesperson on our team than Vic Fedeli. He started his own company, he was very successful and he’s the best salesperson we have.”

A Moody’s report released Tuesday, according to iPolitics, found that Ford’s cuts would be credit negative for Ontario’s municipalities, finding that cuts spanning public health agencies, paramedic services, and child care programs, in addition to the cancellation of the gas tax, will leave Ontario municipalities more than $2 billion “worse off” over the next 10 years. It was determined by Moody’s that local governments will likely have to raise taxes, cut services, and find efficiencies of their own in order to bridge that gap.

Outside of municipality cuts, the Ford government has faced waves of criticism, as funding cuts that were concealed within the April budget have since surfaced in droves.

Some of those cuts affecting Ontario’s tech and innovation sector include the elimination of all provincial funding from Angel Investors Ontario and Futurpreneur, as well as cutbacks to Communitech, Ontario Centres of Excellence (OCE), and MaRS Discovery District. The province also cut more than $70 million for eHealth Ontario, a provider of digital health records. Programs like TalentEdge, Campus Linked Accelerators, GreenON, and the Cybersecurity Fintech Innovation Pilot, have all been eliminated completely due to an overall cutback in funding for the ministry of economic development, job creation and trade itself.

While Fedeli has since shared his excitement about utilizing his background and experience to “attract investment from around the world, and create more jobs here at home,” some have indicated that he is not happy about his “demotion.” Sources told Global News that Fedeli wanted to leave the cabinet altogether when informed he was being shuffled, but some last-minute phone calls from Ford’s associates convinced the former finance minister to stay.

“There’s no better salesperson on our team than Vic Fedeli. He started his own company, he was very successful and he’s the best salesperson we have, he’s going to be bringing more jobs to Ontario,” Ford stated.

Sources questioned Fedeli’s commitment, however, given his demotion. They wondered whether the minister would be interested in developing the role given the fact that Ford seemed to have lost faith in him. The source indicated that moving down from the highly regarded minister of finance position could be a disincentive for Fedeli, making for a short tenure in the role.

Even with Fedeli’s experience as an entrepreneur, serving as president of his self-named international marketing consulting company, Fedeli Corporation, the biggest concern for some in Ontario’s tech sector surrounding his new appointment is the ministry’s review that is set for the fall.

With the cuts came word that all ministry funded innovation programs would come under review in the fall.

The Ontario provincial government’s recent budget handed down significant budget cuts to the ministry of economic development, job creation and trade, which saw the department funding reduced from $968 million in 2018 to $782.2 million for the 2019 fiscal year. With the cut came word that all ministry funded innovation programs would come under review in the fall.

This pending review could mean even more cutbacks to groups like MaRS, OCE, and Communitech for the upcoming fiscal year. Multiple sources have indicated to BetaKit that if the review lays out heavy cuts, (as the government looks to reach a balanced budget), it could mean drastic changes for innovation hubs and tech programming across the province.

With Fedeli stepping in, he now takes responsibility for the review. Some sources questioned, however, whether the review would actually happen on time given speculation that the former finance minister, who has been working for the Province of Ontario since 2011, may decide to retire over the summer. In fact, it has been indicated to BetaKit that Deputy Minister Shirley Phillips of the ministry of economic development, job creation and trade is also set to retire from her position at the end of the summer (BetaKit has reached out to the ministry for comment).

It is unclear whether the office will also see a number of smaller staff changes, which could force leaders in Ontario’s tech sector to develop a whole new set of relationships. The switch comes just as the provincial government has gone on an extended summer break that began last week and is set to last until October 28, after the federal election.

With the number of changes in the office, which has seen an unprecedented three different ministers is less than a year, there are even questions surrounding who will be in charge of the review and whether it will even take place in the fall.

To help early-stage founders get support and resources, iNovia has launched the Empower initiative, an office hours program designed to make the firm’s expertise…