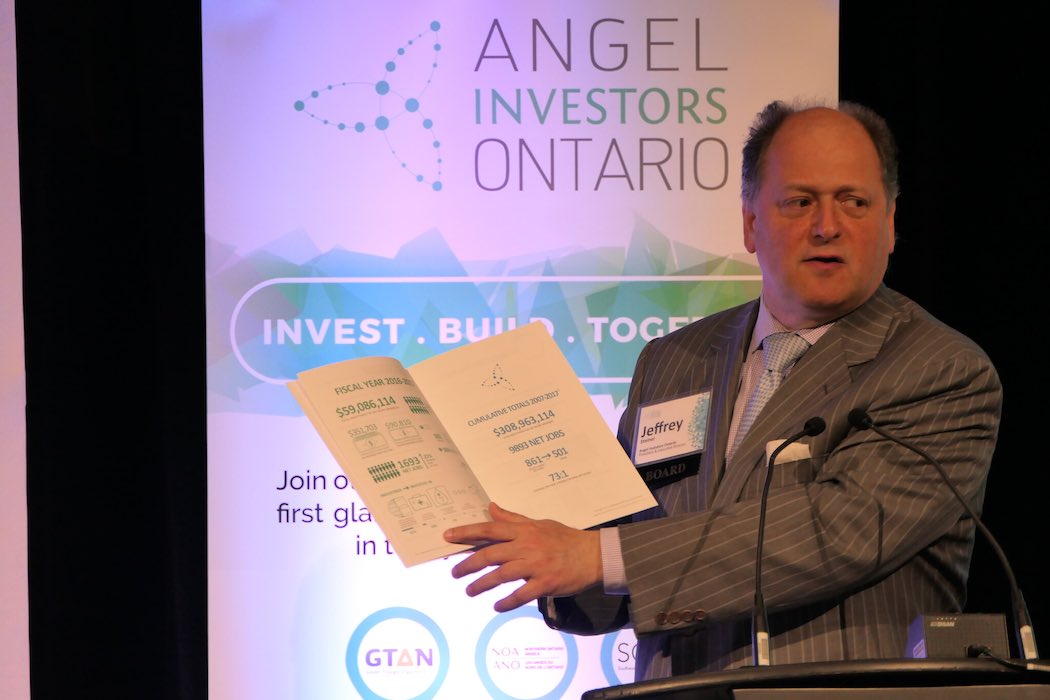 The provincial government has cut all funding to Angel Investors Ontario (AIO), a public and privately funded organization that was established to support Ontario angel groups, BetaKit has learned.

“We hope to work with Ontario to create a similar version of the successful program.”
– Jeffrey Steiner

Sources indicated, and the AIO has confirmed, that as a result of those cuts it has provided no funding to its 13 member organizations since March.

“This does impact AIO as an umbrella coordinator of our 13 angels groups across Ontario, and their 1,500 angel investors and mentors,” Jeffrey Steiner, executive director and president of the AIO, told BetaKit.

Steiner told BetaKit while the Ministry of Economic Development, Job Creation and Trade has ended all funding to the program, it has plans to discuss the possibility of new programs with the AIO later this summer. The federal government reiterated that it is measuring programs whenever taxpayer dollars are spent, while being “focused on making Ontario more attractive for investment, workers, and job creators.”

“Ontario’s funding to Angel Investors Ontario ended March 31st, 2019,” a spokesperson for the Ministry of Economic Development, Job Creation and Trade told BetaKit. “Our government continues to support investment into local firms through a range of start-up, commercialization and scale-up efforts.”

“We hope to work with Ontario to create a similar version of the successful program and continue to help create jobs in this province,” Steiner said.

The AIO received $800,000 total from both the federal and provincial governments for roughly 12 years, a spokesperson from AIO noted. A source familiar with Ontario’s angel community put AIO’s provincial funding at around $1 million annually, with approximately $600,000 of that amount distributed to the angel networks. The AIO provides anywhere from $10,000 to a maximum of $50,000 per year to each of AIO’s 13 angel group members. This funding would reportedly cover as much as one-third of the operational budgets for some of the smaller member groups.

The source indicated that even $50,000 has a big impact for angel member groups. A report on angel activity in Canada from NACO found that one of the biggest reported challenges for angel groups was a lack of resources to conduct activities like due diligence on companies.

One Ontario angel investor, who is a member of the AIO, told BetaKit the organization had informed all its members earlier this year that funding for this quarter would be delayed. The source was told they should expect to receive more fulsome information in July, but was not sure when exactly members should expect to receive money, nor whether the provincial government had cut funding to the AIO.

The AIO was established in 2007 under the principals of the National Angel Capital Organization (NACO) in order to administer the Angel Network Program (ANP), a provincial initiative established in July 2007.

AIO’s stated mission is to expand Ontario’s angel investing ecosystem, and the organization claims it has enabled over $300 million dollars to be invested into 500 early-stage ventures, creating and retaining close to 10,000 jobs, since 2007.

That funding is used to cover overhead costs and allows members to fulfill their mandates, hire staff to manage deal flow, organize events, or help facilitate investments. Steiner noted that government funds do not go to the angel investors themselves nor toward any private investment, and that the funding support was for angel groups to convene pitches by entrepreneurs looking for investment.

AIO member organizations receive a different subsidy each quarter from the province and from FedDev Ontario. Unlike FedDev funding, which is fixed for each period, the province’s funding to these organizations is not on a pre-planned cycle, meaning angel groups will receive a different grant from the AIO every quarter, depending on key performance indicators that must be met.

“AIO has enabled over $300 million dollars to be invested into 500 early-stage ventures”.”

The source called the provincial funding model “a unique challenge” for member organizations as subsidies often differ dramatically from quarter to quarter, noting however that FedDev provides a much larger share of funding for angel organizations than does the province.

Data obtained by BetaKit indicated FedDev Ontario contributed $6.4 million to 25 angel groups between 2010 and 2017. Steiner told BetaKit the AIO and its member organizations will continue to receive FedDev funding.

Multiple sources indicated to BetaKit that despite FedDev money, younger, more grassroots angel groups could be hit harder by reduced funding. Larger angel groups with sizable membership bases, on the other hand, would usually have reserves in addition to private sponsors to keep them afloat.

“Clearly this is going to have an impact short term on our operations, but I’m hopeful that the province will come to the table with some solutions,” said Terry Kadwell, executive director of the Niagara Angel Network (NAN). “[NAN] alone has invested $13.4 million in start-ups, so when you combine the investments from all the Ontario groups, I think it’s safe to say the province is getting excellent value for their money. We’re disappointed, but remain committed to our companies, our members, and to our partners in innovation.”

One prominent angel investor, speaking on condition of anonymity, was not surprised to hear that the provincial government was considering new programs to support angels in Ontario at the same time it was cutting existing programs, noting it as a familiar cycle when a new political party forms government (VCAP being replaced by VCCI is a similar example at a federal level). The problem, they said, was that the process of spinning up new programming can take an extended period of time, leaving angel organizations without needed funding as the details are sorted out.

“This is collateral damage,” they said.

Update: this story has been updated to reflect that AIO received $800,000 total from both the federal and provincial governments for roughly 12 years