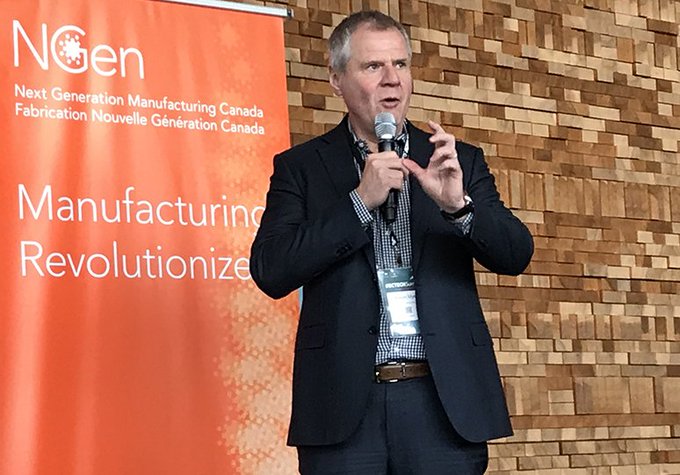 The Next Generation Manufacturing Canada (NGen) Supercluster has announced over $27 million CAD in manufacturing tech projects that aim to bolster the domestic supply chain and aid the fight against COVID-19 by increasing the country’s supply of critical products.

The funding supports 12 companies and their project partners, and represents NGen having committed almost two-thirds of its $230 million budget.

To date, NGen has approved investments of $148 million in 62 projects.

NGen told BetaKit that its investment comes in addition to approximately $33 million in financial commitments “by the 12 projects and their consortium partners.” The overall commitment to the projects is $60 million in total investment.

The NGen competition, which took place last summer, challenged companies to use advanced manufacturing tech to build critical products. Winners were selected by a panel of independent experts based on needs identified by the federal government and long-term viability.

“These projects are not simply investments in products to address the pandemic,” said NGen CEO Jayson Myers. “They are investments in advanced manufacturing processes and technologies that will help meet the immediate needs created by COVID-19, while also developing a sustainable, globally competitive and cost-effective domestic supply that can be applied to industry needs beyond the pandemic.”

The approved projects include the expansion of mRNA vaccine manufacturing capacity by two biotech startups currently working on a COVID-19 vaccine—Toronto’s Providence Therapeutics and Calgary’s Northern RNA—as well as a series of personal protective equipment (PPE) and respiratory-related initiatives.

The Government of Canada’s Innovation Superclusters Initiative was launched in 2018 with $950 million in funding over five years to promote large-scale collaboration among industry leaders, small to medium-sized businesses, and post-secondary institutions and develop and scale high-potential technologies in Canada. The government initially projected it would lead to the creation of 50,000 jobs, increase GDP by $50 billion over 10 years, and accelerate Canadian innovation.

The October PBO report found that as of March 2020, the Supercluster initiative was $74 million behind schedule, and had spent only $30 million compared to the $104 million they had been projected to spend by then.

According to Bains, who has since stepped down and been replaced by François-Philippe Champagne, Supercluster spending has increased since the beginning of COVID-19. Bains told BetaKit that, as of October 2020, the initiative had approved over 220 projects related to Canadian SMBs, and committed over $800 million in investment, the majority ($420 million) from industry.

The NGen Supercluster was promised up to $230 million from the federal government. To date, NGen has approved investments of $148 million in 62 projects, involving 158 partners, a spokesperson for the Supercluster told BetaKit. The majority, 138, of these partners are SMEs, and one-third are based outside Ontario. Total spending on these projects, including commitments from industry and other funding partners, accounts for $359 million.

The $148 million committed represents 64 percent of NGen’s $230 million budget and almost 73 percent of the $204 million it has set aside for projects – the remaining $26 million is for ecosystem development activities, such as working with universities, researchers, and private sector organizations. By the end of March, NGen expects to have allocated 97.5 percent ($199 million) of its projects budget, representing 86 percent of its overall budget.

In response to a question regarding the October PBO report, the spokesperson said, “It is important to note that the data from the PBO report was not reflective of NGen’s funding commitments at the time of publication.” They added that NGen committing $199 million by the end of the 2020-2021 fiscal year would put the Supercluster ahead of its investment goals.