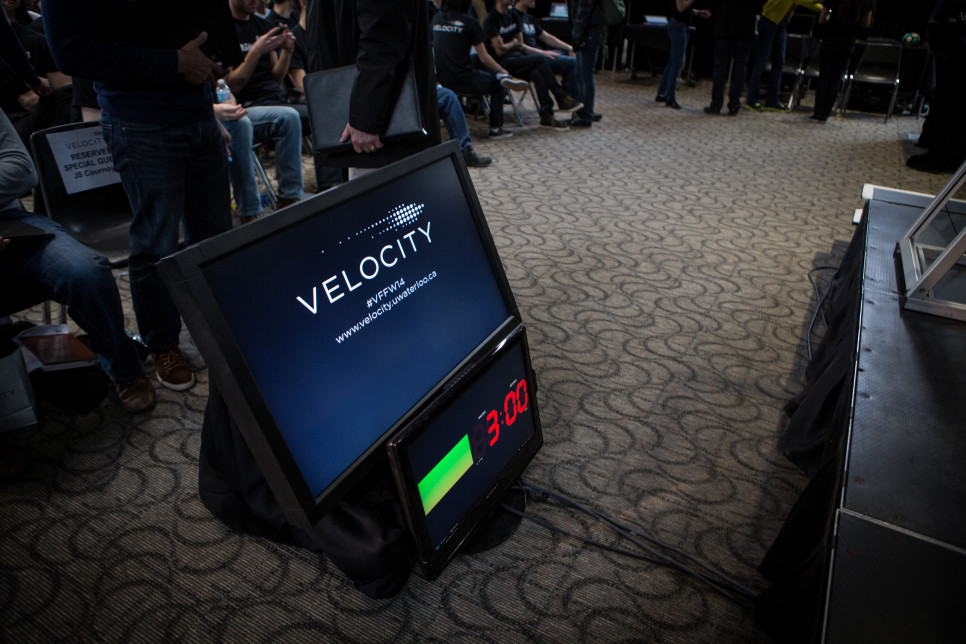 It was only two weeks ago where #VeloCityFundFinals trended number one on Twitter, as the twice-annual event handed out over $100,000 to University of Waterloo-related startups. It’s doubtless one of Canada’s strongest events in terms of amount of funding, quality of companies and its consistency every year.

VeloCity announced today that the next Fund Finals will take place on November 27.

Possibly the most exciting news from two weeks ago that will flow into the next event was when Velocity director Mike Kirkup happily announced the end of the $1K competition for very early stage student startups. Now those students will go after three $5,000 grants.

Of course those awards follow the traditional four $25,000 grants for the best companies who are current students or recent alumni who have graduated within the past year. As well, there’s the $10,000 grant for the best hardware company who wins the Velocity Fund $25K.

Velocity takes no equity and no intellectual property in return for the grant. “Our reward is helping to make amazing and successful companies,” wrote VeloCity.

The Velocity Fund was established in 2011 following a donation of $1 million by Kik founder and Velocity Residence alumnus Ted Livingston.  In December 2013, Velocity received a donation from the founders of BufferBox, Mike McCauley, Jay Shah and Aditya Bali to encourage the creation of a hardware award given the additional costs to build successful hardware startups.  In March 2014, Velocity received a donation of $1 million from renowned Waterloo Region angel investor Mike Stork.

With aggressive hiring plans, Wattpad doubles down on the Asian market

In early January, Wattpad announced a $61.25 million round of funding as it looked to continue its focus on machine learning initiatives and interactive…