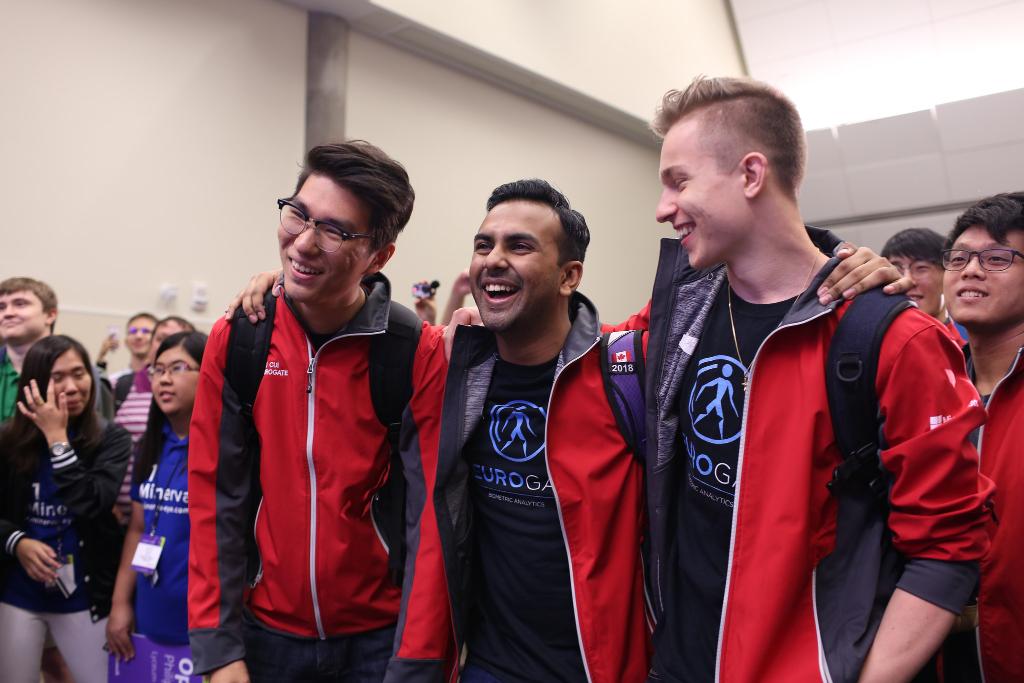 The Imagine Cup is a global competition that invites computer science students to create creative applications that impact how people live and work. Neurogate, which was created by students from the University of Waterloo and McMaster University, is one of four teams competing to win a grand prize of $125,000 CAD ($100,000 USD), as well as mentorship from Microsoft’s CEO Satya Nadella at the Imagine Cup.

“The concept of NeuroGate came out of 36 hours of sleep deprivation, caffeine, and a desire to improve healthcare.”

“The concept of NeuroGate came out of 36 hours of sleep deprivation, caffeine and a desire to improve healthcare at HackHarvard,” said Hrishikesh Suresh of Neurogate. “The impact our project had inspired us to enter Imagine Cup. Getting the chance to bring our idea to the world stage is an honour we can’t put into words. We believe this is the beginning of the next revolution in medicine, and we can’t wait to share what we’ve built.”

After competing with five teams of Canadian students in May, Neurogate, along with Karatee Manatees — who is developing an online multiplayer sports game called Eggball — was selected to represent Canada on the global stage. Neurogate first advanced into the quarterfinals, where it competed with 32 global teams, and then advanced to the semifinals, where it competed with eight global teams.

The company will compete for the grand prize at Microsoft’s Impact Cup today at 9 p.m. (PST). The championship finals can be viewed here.