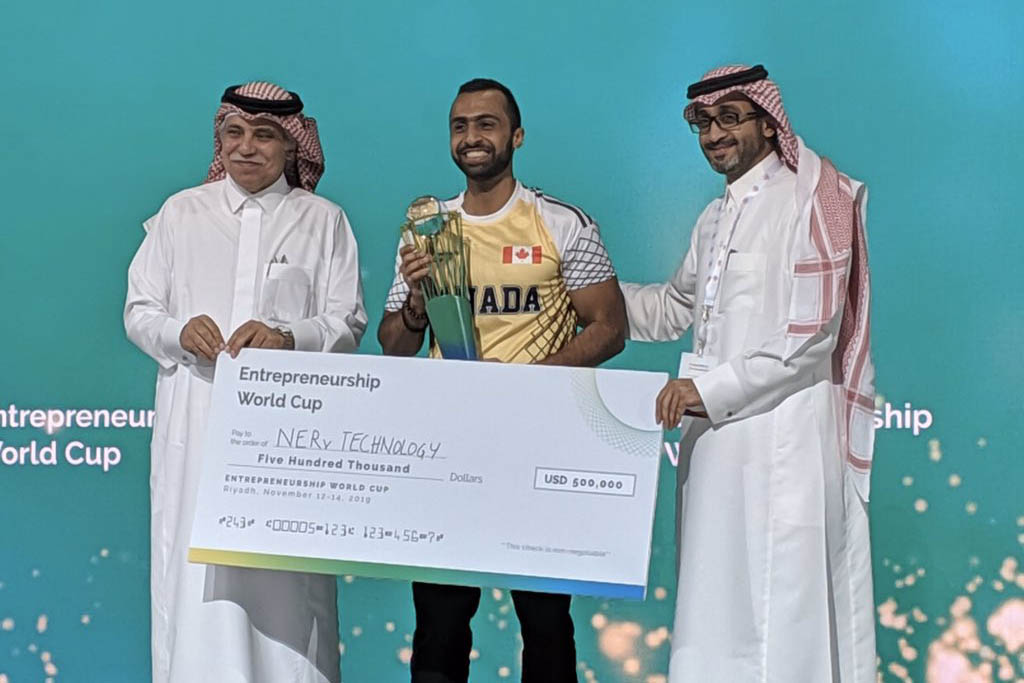 The Canadian startup competed against a group of 100 finalists from 67 countries in a three-day pitching contest.

The Canadian startup competed against a group of 100 finalists from 67 countries in a three-day pitching contest, taking home the top prize of $500,000 USD, a package to help the company expand into China, in-kind support from EWC partners, including GSVlabs, Twilio, HubSpot, and GEN Starters Club.

“The experience has been absolutely fantastic,” said NERv co-founder and COO Amr Abdelgawad. “We’ve been around like-minded individuals from hundreds of different countries, speaking different languages, engaging with people from different cultures, but we all have one thing in mind – we’re all persistent and working really hard to make our startups a success.”

EWC says this year’s event is the largest and most diverse global pitch competition of its kind. Over the course of 2019, 102,000 participants from 187 countries were narrowed down to just 100 startups to compete at the global finals.

The 100 finalists were then cut down to a final five through elimination stages, and selected by a panel of four international judges and an audience vote.

Other finalists in the top five include Koniku from the United States for second place, Red Sea Farms from Saudi Arabia for third place, Sumato-ID from Argentina for fourth place, and SUN Mobility from India for fifth place.