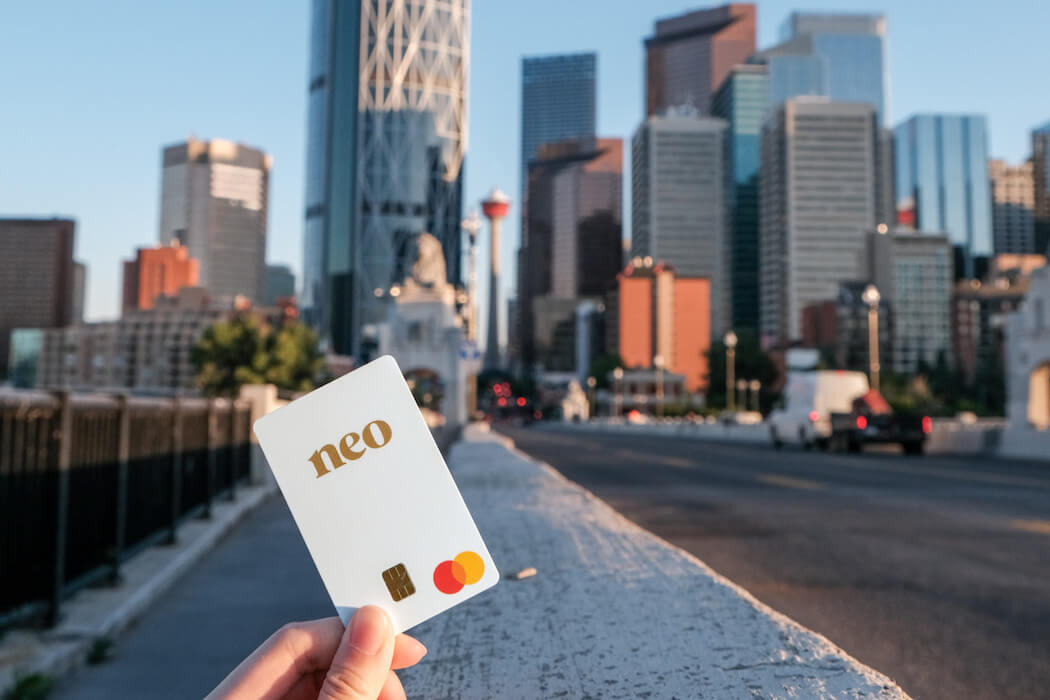 The raise is comprised of a $25 million Series A equity round that was led by Peter Thiel-backed firm Valar Ventures, and a $25 million debt facility provided by ATB Financial, Neo’s banking partner for some of its products, which includes a savings account, Mastercard, and merchant rewards program.

“Neo’s unique approach will have a significant impact for consumers all over Canada.”
– Andrew McCormack, Valar Ventures

Neo raised the capital over the past year, closing its Series A remotely in the summer of 2020. The round also includes financing Neo raised over the past year and a half, which was used to build and launch its products. Neo would not commit to what percentage of the $25 million was raised prior to this year, noting only that it is less than $5 million. The $50 million marks Neo’s total funding to date.

The financing is sizeable for a Canadian startup, a possibly not surprising feat for a company that was created by two of the co-founders of SkipTheDishes. With its repeat founders and a goal of challenging the status quo in banking, Neo has garnered interest from some notable investors. In addition to Valar Ventures, Neo also received investment from Shopify’s Tobi Lutke, Golden Ventures, Inovia Capital, Thomvest, Afore Capital, Maple VC, FJ Labs, and District Ventures.

Neo is also supported by Harvest Builders, which was launched last year by fellow SkipTheDishes co-founder Chris Simair, to grow Prairie startups. Neo was the first venture undertaken as part of the organization.

Neo was founded by SkipTheDishes founders Andrew Chau and Jeff Adamson, alongside Kris Read, in 2019, and brought its first product to market in September – after more than a year of building out its tech and banking infrastructure. Neo has now launched its savings account nationally (except in Quebec) and is working to make its rewards program available to local merchants across Canada. Chau told BetaKit, Neo has signed on more than 2,000 local and national brands to offer rewards through its program.

The Calgary-based startup is using the capital it has raised to continue building out its product and secure partnerships with additional merchants for its rewards programs. Neo is also using the financing to grow its team, which currently sits around 110 employees; the startup has more than 70 open positions as it looks to scale.

Neo, led by CEO Chau, is on a mission to re-imagine everyday banking. Chau told BetaKit that in addition to expanding its current offerings across Canada, Neo is also looking to push into other traditional financial service offerings. He pointed to plans to develop products in areas like mortgages and investing, in addition to the current ‘everyday banking’ products Neo currently offers.

“Why we built Neo was really to reimagine that experience for Canadians from the banking side,” Chau said. “The benefit of building our entire banking infrastructure from the ground up, what it does is it … gives us the advantage to layer on additional financial products that make it more seamless for Canadians.”

It may be looking to expand its product offerings, but the startup is keeping its focus squarely on the Canadian market. Chau spoke of plans to make its merchant rewards program available in more than 100 cities, towns, etc., across Canada.

“The opportunity in Canada is so big that we are focused on Canada, and we will continue going deep in Canada,” he told BetaKit. “Because we know that there’s tons of local businesses that need what we’re offering as well.”

Neo’s model is similar to that of SkipTheDishes, where the company developed a consumer-facing product but also worked closely with merchants. Neo’s founders are looking to utilize lessons learned from building SkipTheDishes and apply them to the banking sector by creating a rewards program system that supports businesses as well as consumers.

“What made us successful as SkipTheDishes was focusing on Canada, and really focusing on adding value back to the consumers, but also back to businesses too,” said Chau, earlier this year. “With Neo what we wanted to do was create a consumer experience that leveraged not only technology to help drive that, but also leveraged partners too.”

Neo has jumped into a Canadian banking space that is ripe with competition from incumbents as well as challenger bank startups. The likes of Koho, Wealthsimple, Borrowell (all Power Financial-backed companies), Mogo, and NorthOne have been expanding services over the past years to include a wide variety of financial products. Even large Canadian tech companies like Wave and Shopify have pushed into the banking space of late.

“[Neo is] building a powerful technology platform which provides the modern banking services consumers around the world have come to expect – and are still not getting from the traditional banks in Canada,” he said. “We see massive opportunities for new entrants in the banking industry globally, particularly in places dominated by a few old banks that have gotten too comfortable and forgotten how to innovate. Neo’s unique approach will have a significant impact for consumers all over Canada who are ready for a financial platform that works for them.”