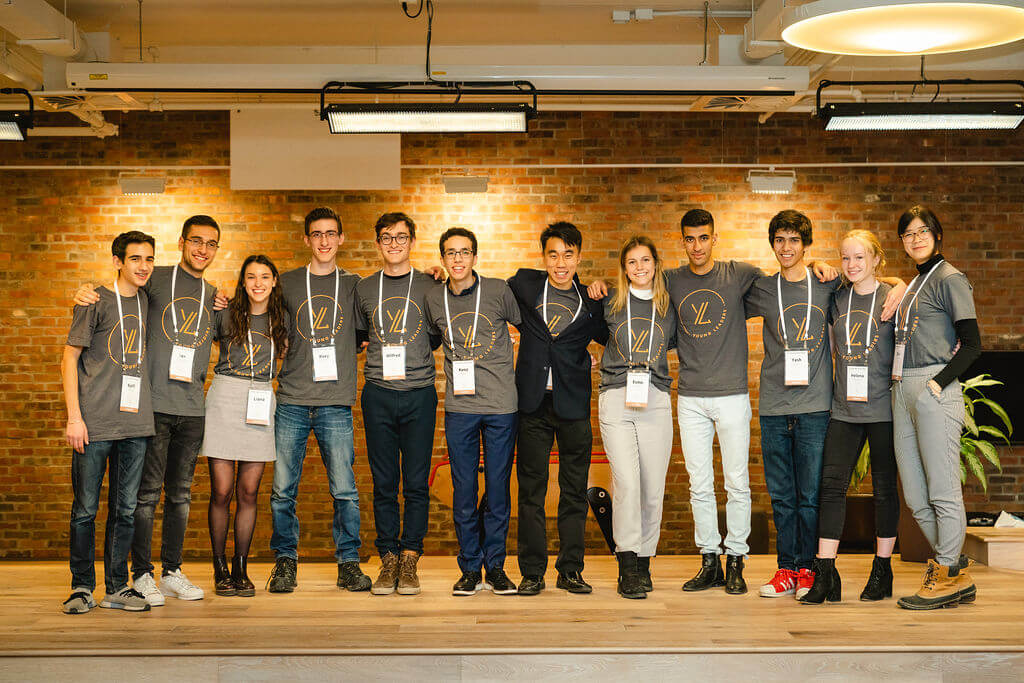 We live in a time where more programs are being launched to help entrepreneurial minds turn their vision into a reality. There shouldn’t be an exception for those who are still in high school, and that’s what drove JC Btaiche to found the YoungLeaders’ platform when he was just 15 years old. That, and the inspiration he got from the famous Elon Musk biography by Ashley Vance.

“At YoungLeaders, we call the teenagers building these startups, ‘daring geniuses.’ Daring for their audacity to disrupt industries typically dominated by established corporations, and genius for their unique ability to solve global problems,” said Btaiche.

YoungLeaders pairs teenagers with mentors from companies like Google and Shopify over 12 weeks, pushing them to turn ideas into startups.

YoungLeaders pairs teenagers with mentors from companies like Google and Shopify over 12 weeks, pushing them to turn ideas into startups. YoungLeaders was built out of its first meeting in 2016, then they launched MariHacks—a hackathon for high school and CEGEP students—and YLAsk, meetups where their members get to ask questions to major players in the tech industry.

So, what are the visions of those young leaders, ready to change the world, working extremely hard, juggling school, extracurricular activities and their startup project?

First, there was Axon, an “affordable and portable brain-imaging device which will revolutionize how patients will receive healthcare,” said Wilfred Mason, one of the founders. He claims they’re able to “reconstruct an image of the brain that allows to know exactly what is going on.” The images are connected to an app with integrated machine learning that gives personalized and understandable results.

Then, there was Adasolve Technologies, a “universal blood test to effectively diagnose cancer,” said Stephen Lu, the first founder to speak. They found their algorithm to have better accuracy than the one developed in a research conducted by John Hopkins University. How does it work? The patient goes to a clinic to have a standard blood test, then asks for the digital results and uploads them onto Adasolve’s platform. Their technology uses neural networks and machine learning to analyze the test results and determine if the patient has cancer, and if so, of what type it is.

Finally, Vis-Ability was the last team to present their technology. They developed a device equipped with a camera and a depth map to be attached to the edge of a cane for visually impaired people. The small machine is synced to an app that sorts out the obstacles in front of the person and tells her what they are, and at what distance.

“Was this a proof that teenagers can build companies?” Btaiche asked the audience. Given how the three teams analyzed markets, worked on their business model and are hoping to raise capital one day, it definitely seems so.

A few weeks ago, YoungLeaders was selected to be part of Je fais Mtl, a movement powered by the City of Montreal that helps to bring projects with a social, cultural, economic or environmental scope to life “to help make Montreal a more prosperous, inclusive and sustainable city,” according to the website.

The YoungLeaders entrepreneurialism doesn’t end there, as it is now recruiting five teams across North America for their next cohort and is raising money to help build a collaborative space for them.

Trusscore, a material science company that combines sustainable materials and nanotechnology, has raised a $5.33 million CAD seed round of financing. The round was…