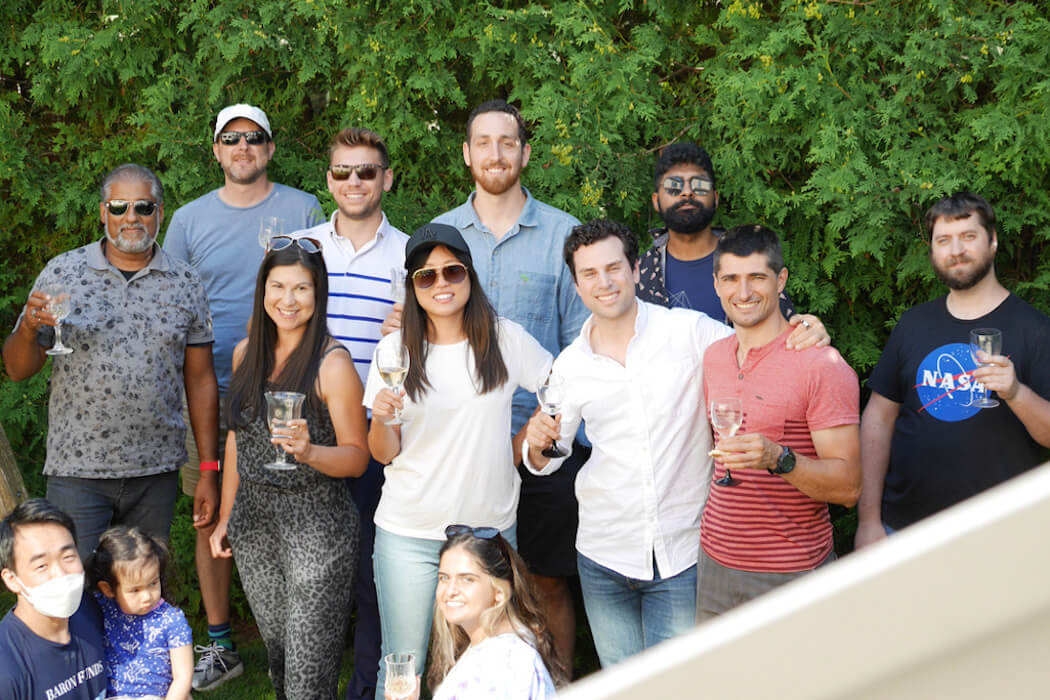 The all-equity round was led by existing investors Blu Venture Investors (BVI) and Telus Ventures. It saw participation from existing investor Donville Kent Asset Management, and new investors York IE, Argonautic Ventures, Archangel Network of Funds, and MFD Investments. Over half of the funding associated with this round came from new investors.

After seeing some success during COVID-19 following the rollout of the second-generation version of its platform, MedStack has secured fresh capital to grow its team and invest in product development, as it looks to take advantage of the COVID-driven growth in demand for digital health solutions.

“Now is the time for us to double down on our story and build some momentum.”
-Balaji Gopalan, MedStack CEO and co-founder

Through its cloud tools, the Toronto-based startup aims to address some of the challenges faced by healthcare app developers: data integration and privacy compliance. MedStack serves digital health companies. The startup’s customers include Toronto-based healthtech companies Inkblot Therapy and Maple, 2020 On-Site, and Benekiva.

Gopalan called MedStack’s latest round a “Pre-Series A.” The round follows a $2.4 million CAD ($1.8 million USD) seed round the startup closed in early 2019, which BVI later joined, bringing the total to $2 million USD. Gopalan said MedStack will likely raise a Series A round in a couple of years and he expects the round “ to be significant” in size.

According to Luke Vigeant, president at Inkblot, which was recently acquired by Green Shield Canada, “having MedStack as a partner has been absolutely instrumental to [Inkblot’s] success.”

Now, fresh capital in hand, MedStack has set its sights on expanding its offering. “There’s a lot of things that we’re putting into the product,” said Gopalan, who added that MedStack plans to increase the number of industry certifications it offers, make its product easier to use and integrate with other platforms, and pursue partnerships with other organizations servicing the digital health space.

“We doubled our business in 2020, and we’re on pace to double it again this year,” said Gopalan. The CEO did not share the company’s financials, but attributed this growth to a combination of new partners and existing customers. To support its plans, MedStack plans to use the fresh funding to double the size of its 14-person team over the next couple of months.

Bikram Bakshi, partner at Washington, DC-based BVI, said the firm “has been impressed with MedStack’s team, and the momentum they have built with their fast-growing customer base.”

In early 2020, MedStack launched MedStack Control, the second generation of its platform, which Gopalan said takes advantage of the way modern software companies write software, while also providing “what the healthcare industry is looking for in terms of security commitments.”

COVID-19 set the stage for a healthtech boom, as public health concerns and restrictions led to increased demand for digital health solutions. This boom was reflected by the flurry of healthtech funding activity that took place in Canada during the pandemic, from initial public offerings, like AbCellera, LifeSpeak, and Dialogue, to major private financing rounds, including AlayaCare’s $225 million CAD Series D raise and Kardium’s $115 million USD funding round.

Gopalan said a lot of the healthtech platforms that have benefited from the shift to digital health services due to COVID-19 were already being built, adding that the pandemic simply led to “a gold rush towards adoption.”

“Whether that’s consumer acceptance, or legislative support, or both, we saw that trend coming, and we said, okay, now is the time for us to double down on our story and build some momentum,” said Gopalan.