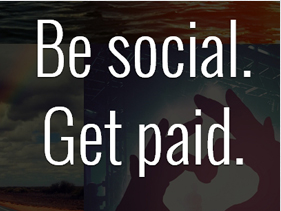 LX Ventures has changed its name to Mobio Technologies, as it pushes forward with greater focus on its popular and fast-growing flagship social media venture, Mobio INsider.

LX Ventures was founded by Mike Edwards, who has played a big role in the Vancouver startup ecosystem, having been instrumental in the GrowLab accelerator and the Launch Academy coworking space as well.

We covered Mobio INsider in mid-April when it launched as a spinoff company of LX Ventures. Mobio helps social media influencers get paid by brands and advertisers. It runs on a revenue sharing model that pays niche social media influencers, including fashion experts, fitness advisors, business leaders, bands, beauty bloggers, comedians, YouTubers, Vine stars and anyone with an engaged social media following. Mobio was founded based on “the simple fact, and opportunity, that existing major social networks do not share their advertising revenues with the people who play the biggest part in generating them – the social influencers.” The biggest social influencers (and biggest revenue generators) are “the mainstream celebrities who have very large, and very engaged social media following.”

The big move also means that LX Ventures will either stop investing or at least put a lot less of an emphasis on investing in startups in the Vancouver area. That leaves Yaletown Ventures as likely the area’s biggest player in that regard.

“Changing the Company’s name to Mobio Technologies is a practical step given that the Mobio social media platform is our primary focus,” said Edwards, the CEO of the Company. “As we are on the cusp of introducing product enhancements such as video capabilities and accelerating the ‘Be Social. Get Paid’ revenue sharing platform, making the Mobio brand synonymous with our corporate identity provides the market clarity on what we’re all about.”