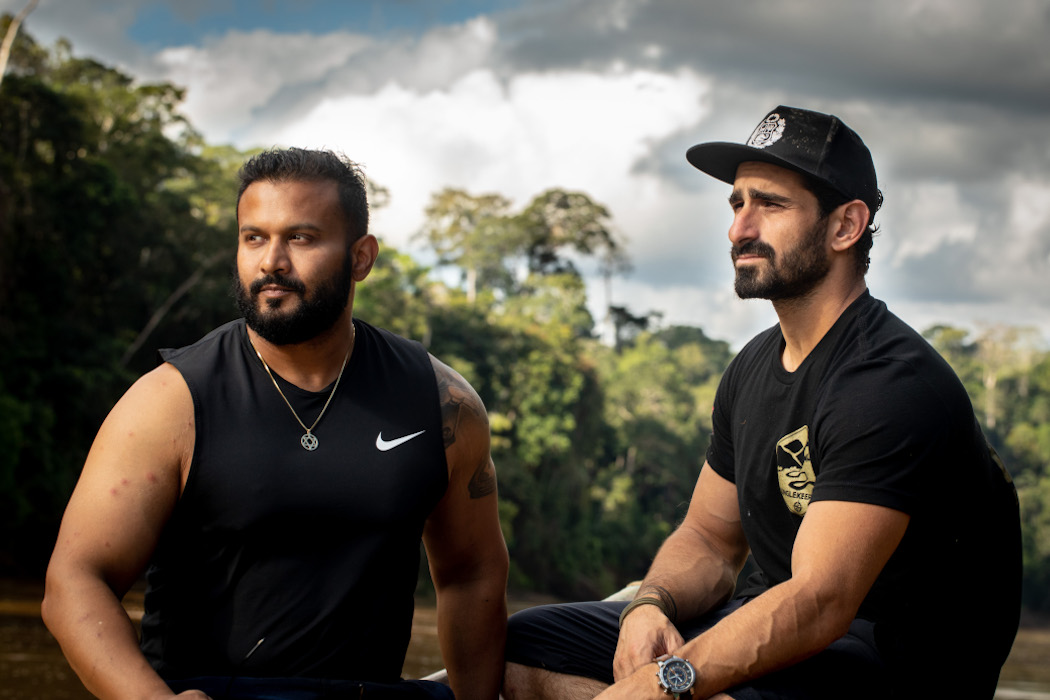 The move comes over two years after Dasilva published “Age of Union: Igniting the Changemaker,” a 2019 book he wrote about leadership, culture, spirituality, and nature that advocates for giving back and dives into some topics you don’t usually hear about from tech leaders.

“I’ve been a very big environmentalist since I was a kid,” said Dax Dasilva, Lightspeed’s founder and CEO.

In an interview, Dasilva, who has roots as an environmental activist, said he always knew he’d delve into environmental conservation at some point. After he re-released “Age of Union” in free ebook and audiobook during the pandemic, which generated a positive reaction and “amazing conversation,” his passion “ignited” into building the alliance.

“I always knew that I would start to do meaningful conservation work in my life, [and] contribute to making a difference on the planet,” Dasilva told BetaKit. The CEO described the reaction Age of Union generated as “intimidating at first,” but also encouraging.

Dasilva said the world is in “a crucial decade” in terms of climate change, and, as a society, we need to do everything we can to turn things around in the next 10 years. In the tech sector, he believes there is consensus on this. “Where most leaders in tech agree is that the planet is an urgent concern,” said Dasilva, who aims to play his part to conserve and restore various parts of the environment through the Age of Union nonprofit.

According to Dasilva, growing up in British Columbia and living in Québec surrounded by Canada’s natural beauty helped inspire his passion for conservation. “It’s something that I’ve always cared about,” said the CEO.

“I’ve been a very big environmentalist since I was a kid,” said Dasilva. At 16, he participated in one of the largest acts of civil disobedience in Canadian history, protesting against logging in the temperate rainforest in Clayoquot Sound on Vancouver Island.

Dasilva’s personal identity has also influenced his views. “As a person that comes from the LGBTQ+ community, we’ve always been very socially progressive at Lightspeed in terms of diversity, inclusion, and social issues,” said Dasilva, who stressed the importance of diversity. “And it’s not just the diversity of all humans, it’s diversity of all the life we have on this planet.”

Age of Union plans to fund a wide variety of environmental conservation and restoration projects, ranging from land acquisition to build up wildlife corridors and reserves, to reforestation and other initiatives across the world.

To start, the nonprofit is backing a Nature Conservancy of Canada project designed to preserve Quebec’s Saint Lawrence River; a Junglekeepers-led Amazon Rainforest sanctuary and ranger program expansion; a wildlife corridor expansion in the Democratic Republic of Congo focused on protecting the country’s endangered species; and more.

Age of Union also intends to take an educational approach by releasing short films about every major project it supports, to inspire more people to protect and appreciate the environment.

RELATED: How your dog can help stop climate change

Dasilva described the $40 million commitment as the “initial pledge.” This funding will support the first five projects. Age of Union aims to fund five major conservation projects per year over the next five years.

According to Dasilva, it’s important for successful entrepreneurs and tech leaders to give back, and he’s seeing more do so at a younger age, when their networks “are the most rich and the most diverse and the most active,” which he hailed as a good sign.

“I think that there’s influence that you can have when you’re still very much in the mix in tech, especially when a lot of the world looks to tech leaders for what the future’s going to look like,” said Dasilva. “For better or worse, tech leaders are in the spotlight … [and] it’s a platform that we have to shape the world.”