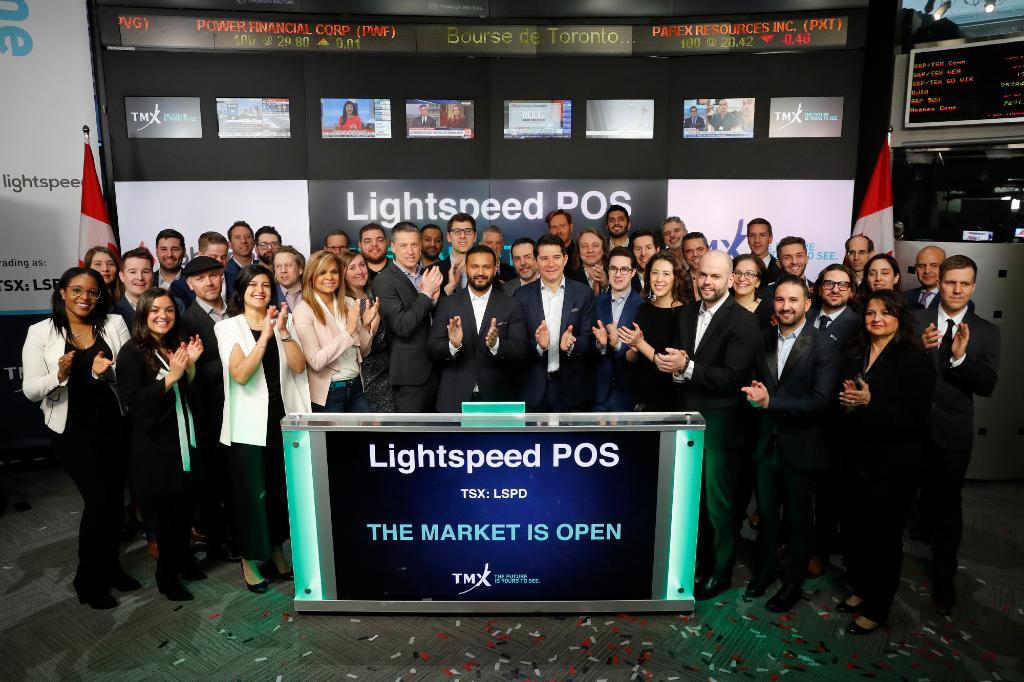 Earlier this month, Lightspeed announced that it has received new credit facilities, including a new $30 million stand-by acquisition term loan, from CIBC, hinting that the company may be in the market for a new acquisition.

“Acquisitions have always been part of our growth strategy and we don’t see that changing.”

Along with the acquisition loan, the Montreal-based company also entered into a $25 million demand revolving operating credit facility. The two new credit facilities are replacing a previous $15 million working capital line of credit granted to Lightspeed by Silicon Valley Bank.

Speaking to BetaKit recently, Lightspeed founder and CEO Dax Dasilva did not say if Lightspeed had any specific companies in mind, but expressed that acquisitions have always been a part of Lightspeed’s growth strategy.

“We’re always looking for opportunities in terms of M&A [mergers and acquisistions],” Dasilva said, noting that the company is always looking or expand into new markets and geographies.

“Acquisitions have always been part of our growth strategy and we don’t see that changing in the future, we are always evaluating our options, and so that credit facility is there to enable those conversations should they reach the appropriate stage,” he said.

Lightspeed has made a number of acquisitions in its past, including Amsterdam-based ecommerce company SEOshop in 2015, which helped the Montreal company launch its ecommerce platform. In 2014 Lightspeed acquired Belgium-based mobile hospitality POS company POSIOS, launching Lightspeed Restaurant. In late 2018 it also acquired Toronto-based ReUp, and launching a customer loyalty and engagement platform, Lightspeed Loyalty, which launched globally this month.

According to Lightspeed and CIBC, the company had been working with the bank to secure the new facilities prior to filing to go public in February.

In its preliminary prospectus filing on February 6, CIBC World Markets was not named as an underwriter for the public filing, but in a later supplemented post-receipt pricing (PREP) prospectus, the investment banking subsidiary of CIBC was named as one of Lightspeed’s underwriters. The prospectus, which was published on March 7, stated that Lightspeed signed a “non-binding term sheet with an affiliate of CIBC [World Markets] in respect to new credit facilities.” The company noted it expected to enter into the facilities concurrently with the closing date of the initial public offering (IPO).

The company originally signed the non-binding agreement with CIBC on February 14 and noted in the filing that, as of the date of the prospectus, had not yet entered into the new credit facilities. Lightspeed noted that no amounts were expected to be outstanding to CIBC before the closing date (the last day underwriters have the option to purchase up to an additional 15 percent of Lightspeed’s offered shares).

The acquisition facility will now be available for Lightspeed to draw from for up to 24 months, and will mature 60 months after initial drawdown, according to Lightspeed.

Lightspeed officially went public on the Toronto Stock Exchange on March 8, with its shares jumping 18 percent on its first day of trading, up from the initial offering of $16 per share. Dasilva told BetaKit that Lightspeed has seen significant interest from US investors since going public and noted the company will likely look to do a second public listing in the US in due course.