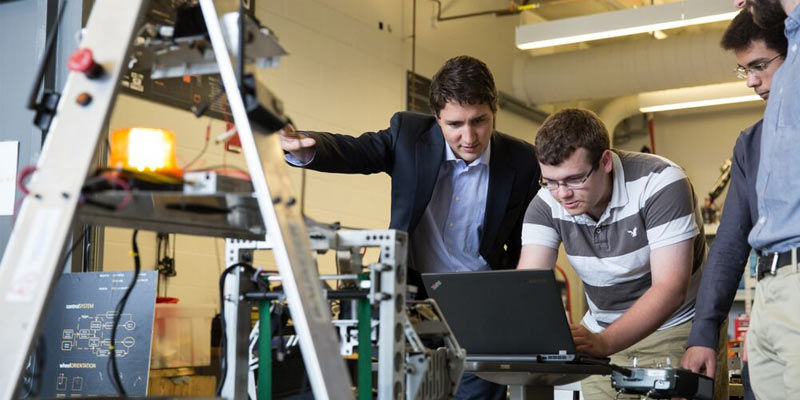 Amid the long list of things that newly-elected Prime Minister Justin Trudeau needs to “fix”, there has been a flurry of pleas and suggestions from the startup community.

The commentary includes the need to build a small business strategy, reshaping the incubator ecosystem, and pivoting the economy toward the Internet (aka the “new oil”). Meanwhile, Jim Balsillie says technology firms need to step up their lobbying activities while John Ruffolo says the startup community needs to speak with a single voice.

Here’s what I think Justin Trudeau should do: nothing, nada, zip.

Instead, the startup community needs to lead the way forward. It needs to work together to create a vibrant and healthy ecosystem that allows entrepreneurs to flourish and succeed. To support and accelerate growth, the investment community has to get more involved in terms of money, support, mentorship and leadership.

So what’s the role for the federal government?

For one, it should continue to support and promote the SR&ED tax credit program, which has been amazingly effective in rewarding startups that do research. The federal government should support innovation by supporting Canadian entrepreneurs and make sure the country’s education system is graduating people with New Economy skills.

Things the federal government should avoid:

It should not provide financial support to the venture capital sector.

Yes, there is a lack of capital for startups, particularly when it comes to growth capital, but it is not the federal government’s job to fill the gap. Does it make sense for tax dollars to be poured into a high-risk sector? No. Should the federal government be in the business of picking winners? No.

Capital should come from the private sector, which will be drawn to startups if it becomes an attractive asset class. Given the success of startups, it is time for institutional investors to get back in the game after a decade-long absence. At the same time, it would be a major boost if Corporate Canada supported startups – something happening in the U.S., but not Canada.

I’m not a big fan of Trudeau’s plan to pour money into incubators.

There is a growing abundance of incubators being created (it’s a strange high-growth industry) with little or no financial support from the government. As well, it is not clear about much value that incubators are actually delivering. Are incubators effectively nurturing entrepreneurs, or stringing along wanna-be entrepreneurs?

I think Canada needs to embrace a different mindset to drive entrepreneurialism and startups. We need our entrepreneurs to become repeat offenders.

More than anything, I think Canada needs to embrace a different mindset to drive entrepreneurialism and startups.

As a nation, we need to embrace the risk that goes along with launching new businesses. By nature, we are a small “c” conservative country with a modest appetite for risk. In today’s global economy, that no longer works.

We need to stop looking at failure as a negative. In the U.S., failure is a rite of passage. It’s more than alright to fail. In fact, it’s healthy because failure is how entrepreneurs do better the next time around.

And we need to become more courageous by aiming to become global leaders, rather than just being the best in Canada. We need more entrepreneurs to build large, globally competitive companies, rather than settling for a modest payout when they have enough traction to attract a takeover offer.

As important, we need our entrepreneurs to become repeat offenders. They need to see their initial successful as a launch pad for the next business. We need serial entrepreneurs who are hungry to start and operate businesses, rather than becoming advisors, angels and mentors (not that there is anything wrong with these responsibilities).

If Justin Trudeau wants to have a positive impact on the startup community, he should enthusiastically wave the flag globally for all the positive things that have happened – may he can embrace “sunny ways” as the tagline for his efforts.

Canada is one of the best places in the world for startups. It features top-notch universities, universal health care, loads of talent, a stable economy and a generous tax credit system. Trudeau could do yeoman’s work if he simply helped to put the spotlight on the startup ecosystem.

As important, he could help the startup community’s global reputation. Based on research done by the Startup Genome Project 2.0, Canadian cities are nowhere to be found as startup communities. This has to be fixed.

This editorial was syndicated with permission from Mark Evans, the author of Storytelling for Startups. You can read the first chapter here. 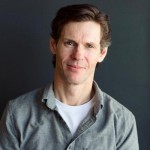